Disney’s live-action Lady and the Tramp movie is really shaping up nicely, with Moonlight and Hidden Figures star Janelle Monáe being cast in one of the original animation’s most memorable roles.

Yep, according to Variety, Janelle will be voicing the character of Peg, one of the dogs Lady meets when she is taken to the dog pound and who happens to know all about Lady’s newfound friend Tramp.

So much so that she even sings a song about it – and it’s arguably one of the best in the film.

In the original 1955 animation, Peg was played by American jazz singer Peggy Lee.

The new Lady and the Tramp is set to air exclusively on Disney’s new streaming service, which is tipped to launch in 2019 and will host a wealth of new original content from Disney, from Star Wars TV shows to Anna Kendrick’s Christmas film Noelle.

The film is expected to combine live-action and CGI animation in a similar way to The Jungle Book and the record-breaking live-action Beauty and the Beast starring Emma Watson and Dan Stevens. 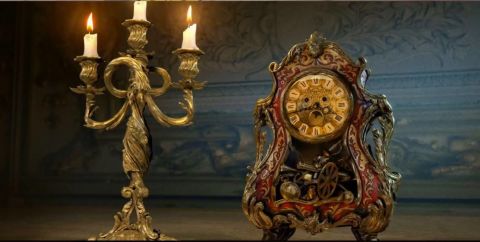 Lady and the Tramp tells a love story between pampered Lady and streetwise Tramp, who meet after Lady finds herself on the street and is taken under Tramp’s paw as he tries to show her how to live life in a more carefree way.

It will be directed by The LEGO Ninjago Movie‘s Charlie Bean.