Death on the Nile: Release date, cast, book and everything you need to know

Despite some middling reviews, Fox announced a sequel to Murder on the Orient Express shortly after its release.

Kenneth Branagh’s Hercule Poirot and his magnificent moustache will return in Death on the Nile, with Branagh expected to return as director as well. The follow-up adaptation will again be written by Michael Green, who adapted Murder on the Orient Express.

But what else can we expect of the next Poirot mystery? Here’s everything you need to know about Death on the Nile.

Death on the Nile release date: When will it arrive?

Initially, the follow-up was going to be released on November 8, 2019 before it was pushed back to December 20, 2019 in US cinemas, meaning it goes head-to-head with a little-known movie called Star Wars: Episode IX.

In the UK, it’ll avoid Star Wars as the former isn’t currently scheduled for release until January 3, 2020, although it’ll probably come out on New Year’s Day.

Death on the Nile book: What’s it about?

Death on the Nile sees Poirot on holiday in Egypt. During a luxurious cruise on the River Nile, Linnet Doyle, a wealthy heiress, is suddenly murdered following a falling-out with her friend, Jacqueline de Bellefort, after marrying her former fiancé, Simon Doyle.

The resolution to the crime – which includes other murders on board – isn’t as well known as Orient Express‘s big reveal, so we won’t spoil it for you here.

Buy now: Death on the Nile by Agatha Christie

However, there’s a chance that the movie will differ somewhat to the book as the final scene of Orient Express had already teased the sequel. When Poirot disembarked, keen for some rest, he was approached by a messenger to say his help was needed as there had been a death on the Nile.

Should the movie follow on from this, it’s possible that Linnet Doyle has already been murdered when we reunite with Poirot. In the book, Poirot gets to spend some time with her and other passengers in Egypt before the murder.

Death on the Nile cast: Who’s starring in it? 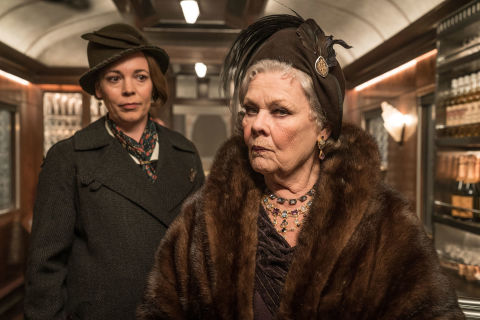 No cast has yet to be confirmed for Death on the Nile, outside of Branagh’s return as Poirot, but we can expect a similarly star-studded cast.

The novel was previously adapted for the big screen in 1978, and the 2019 version will have to go some way to live up to that cast – namely Mia Farrow, Bette Davis, Maggie Smith, Peter Ustinov, Angela Lansbury and more.

So far, Wonder Woman star Gal Gadot is in talks to play Linnet, while Armie Hammer could be taking on an unspecified lead role, potentially Linnet’s husband Simon, but neither have been officially confirmed.