Basco went behind the camera for the dramedy “The Fabulous Filipino Brothers,” which debuted at SXSW this week 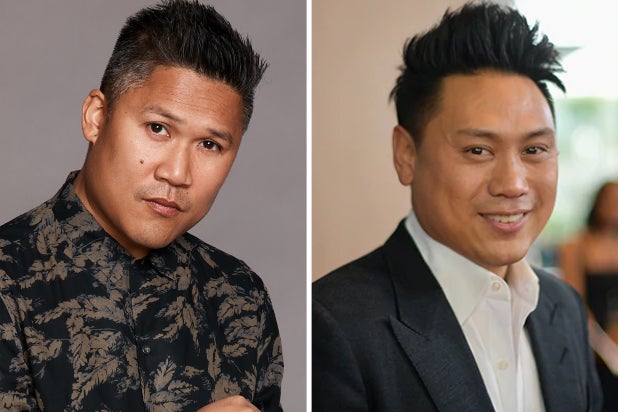 When actor Dante Basco decided he wanted to direct a dramedy centered around an Asian/Pacific Islander family, he knew exactly who to call.

“I talked to Jon M. Chu, the director of ‘Crazy Rich Asians,’” Basco told TheWrap ahead of the SXSW premiere of his film, “The Fabulous Filpino Brothers.”

“When I first met Johnny, he was like, ‘You’re the first Asian face I saw. When you did Rufio [in “Hook”], that made me feel like I could be a part of Hollywood.’ So we’ve always had a great relationship,” Basco explained.

“I remember sitting in New York watching some of the pre-cut scenes from ‘In the Heights,’” Basco said, referring to Chu’s film based on the stage musical of the same name, which will be released in theaters and on HBO Max on June 11. “I was about to embark on my journey. He told me to take it one day at a time. I would text him sometimes some of the harder days on shooting. He would remind me whatever you think you’re going to shoot, you know you have your plans. But also be present for the film to come to reveal itself to you.”

“Little by little, we tried to tackle what we planned but these beautiful nuggets in the movie revealed themselves while working,” he added. “I have to thank Jon for that.”

While directing was new territory for Basco, the film’s subject wasn’t.

The story is told in four vignettes — each centered around a Basco brother — with cockfights, adultery, romance, food and family. It’s set in the working-class Northern California town of Pittsburgh and is, as Basco describes it, “a valentine to the Filipino community.” 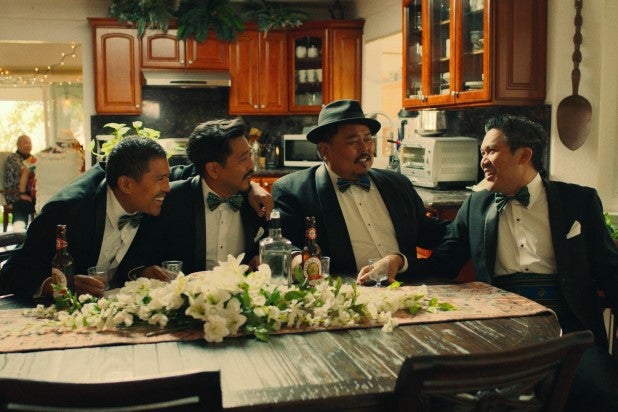 There are more familiar Filipino nods: A large lechon is served at the wedding, along with plates of lumpia and longanisa sausage. There’s singing and dancing. But there are also other things that tend to be swept under the rug, including gambling and adultery. One scene reveals a mistress confronting a wife. “It’s part of a lot of Filipino families’ histories,” Basco explains. “Especially a lot of immigrant families who have, you know, two different lives.”

It’s a look into a Pacific Islander culture not depicted a lot in feature films, something very important to Basco, as anti-Asian discrimination and hate crimes skyrocket in the U.S.

“The problem with the conversation is it’s been so one-sided for so long,” he continued. “Ninety-nine percent have been written from the perspective of a white man. It’s not false. It’s not even racist. But it’s just one category of the rest of the world. We have walked in the shoes of those heroes: the Brad Pitts and Tom Cruises and Nic Cages. And that’s great. As the audience, we have so much empathy and sympathy for the white male, because we’ve all walked in their footsteps, we’ve saved the world through their eyes, we’ve gotten our hearts broken, we’ve fallen in love.

“When you’re talking about representation, we need more stories, because when we walk in the footsteps of other people’s lives, whether it be African Americans, males, females, Latinos, Asians, Filipinos, then you start to have empathy more for each other.”

Check out the trailer for “The Fabulous Filipino Brothers” below: