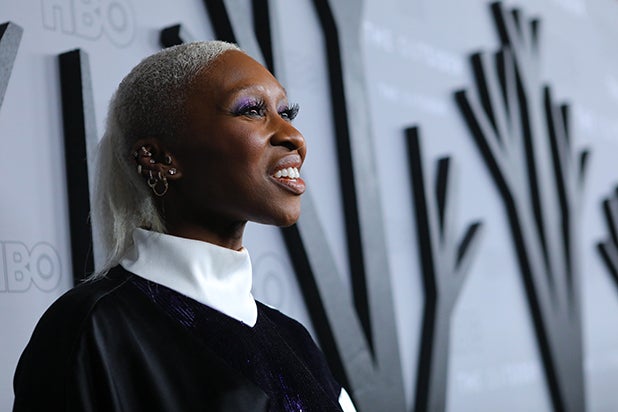 Cynthia Erivo will star in a film about the true story of Sara Forbes Bonetta, an African princess who in 1850 was offered as a “gift” to Queen Victoria and became her goddaughter.

The untitled film will be executive produced by Benedict Cumberbatch and developed and financed by BBC Film. Erivo will also produce herself along with Solome Williams of their company Edith’s Daughter, as will Leah Clarke and Adam Ackland for SunnyMarch and Rienkje Attoh for So & So Productions.

The film is based on “At Her Majesty’s Request,” a biography written by Walter Dean Myers that shows how a princess with the West African Egbado tribe (now Yewa) of the Yoruba people was orphaned and then sold into slavery before Captain Frederick E. Forbes of the British Royal Navy took her to England and offered her to the Queen.

Forbes Bonetta was originally born Omoba Aina and became a slave at age 5 in the court of King Ghezo of Dahomey. She was taken in 1850 and was renamed Sara Forbes Bonetta after the Navy officer’s ship the HMS Bonetta.

Erivo is a two-time Oscar nominee for her film “Harriet” from last year in which she played Harriet Tubman. Erivo was nominated for Best Actress and Best Original Song. She also can be seen in the series “The Outsider” and will next be seen in “Chaos Walking,” and she’s attached to an Amblin project called “Carrier” that’s based on a sci-fi podcast. She’ll also play Aretha Franklin in the next season of “Genius” and is attached to “Talent Show” for Universal.