The first trailer for the new movie adaptation of Stephen King’s Pet Sematary has arrived, and as expected it’s pretty damn creepy.

Although it only gives us a taster of the horrors to come, the movie looks pretty chilling, as a newly arrived family get a taste of the horrors in the woods nearby their new home.

“Kids used to dare each other to go into the woods at night,” says John Lithgow’s neighbour Jud Crandall as we see a montage of animal-masked children.

“They knew the power of that place. They feared it, those woods belong to something else.”

Cue a montage of horrific images as we learn that the pet cemetery in the woods is bringing dead things back to life.

Alongside the trailer, Pet Sematary has released a brand new poster that depicts one of the terrifying grave crosses. 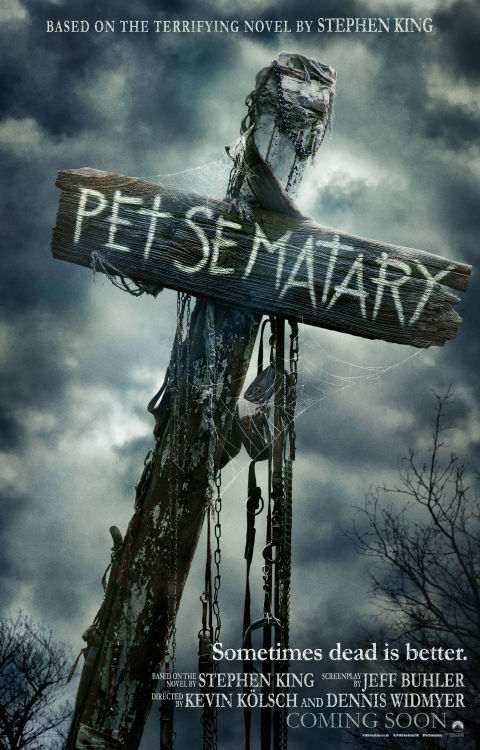 The adaptation of the classic novel began filming over the summer, with Jason Clarke and Amy Seimetz leading the cast alongside Lithgow.

Kevin Kölsch and Dennis Widmyer co-direct the project, which comes amid a spate of Stephen King-related projects, including IT, The Shining sequel Doctor Sleep and JJ Abrams-produced series Castle Rock.

Pet Sematary is planned for release on April 5, 2019 in US and UK cinemas.