Chris Evans might not be quitting Marvel after all

We’ve been expecting that Chris Evans may quit as Captain America in Avengers 4 for some time, and a recent tweet he posted to mark his final day on set seemed to confirm it.

But hold your horses! Evans doesn’t want you to jump to any conclusions about his ‘retirement’.

“I should clarify that I know I did tweet something that made a lot of people think that it was in some way a spoiler,” he said at ACE Comic Con in Chicago. 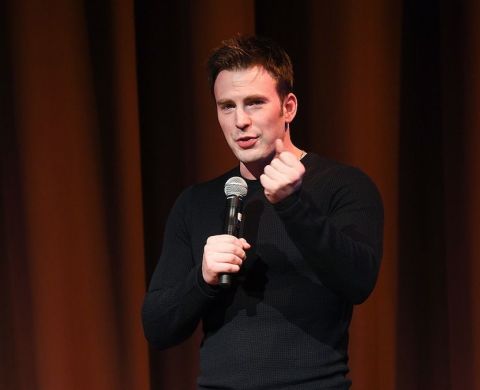 “I should clarify that regardless of how Avengers 4 ends, I would have tweeted the exact same thing. That last day of filming was a very emotional day and it was the culmination of almost 10 years of filming and 22 movies, this unbelievable tapestry.

“You feel a lot more emotions than I think even I thought I’d feel. And I felt it was appropriate to share the gratitude. I know it had a ripple effect but I am neither confirming nor denying anything.”

So, Captain America isn’t going to nobly sacrifice himself/lose his powers and retire to a remote island then? Or was Evans just told off for Disney about being too spoilery on social media?

“Officially wrapped on Avengers 4,” Evans wrote in the tweet. “It was an emotional day to say the least. Playing this role over the last 8 years has been an honour.

“To everyone in front of the camera, behind the camera, and in the audience, thank you for the memories! Eternally grateful.”

Iron Man actor Robert Downey Jr and Evans are favourites to bow out of the Marvel Cinematic Universe after Joe and Anthony Russo’s Phase 3-concluding Avengers 4.