Chris Evans explains why Bucky is so important to Captain America

Marvel hero Chris Evans has discussed the importance of Bucky Barnes to his character Captain America.

Cap (real name Steve Rogers) and Bucky (who becomes the Winter Soldier) have been through a hell of a lot together during their time in the MCU.

Their friendship has spanned decades, intergalactic war zones and even death, but it’s more than just a case of old buddies coming together to protect the planet. 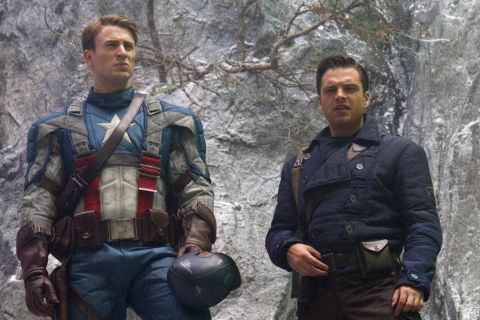 Appearing at this weekend’s ACE Comic-Con, Chris was asked a question regarding Cap’s feelings about witnessing Bucky die twice in the MCU.

“I think that’s one of the more precious relationships for Steve Rogers,” he explained.

Sentimentality aside, the actor then hinted at things to come in the upcoming Avengers 4.

“I don’t know how far I can go into that response,” he added. “Yeah, I’m going to have to maybe leave it there.”

Will Cap and Bucky’s journey finally come to an end next year?

Chris recently commemorated finishing work on the movie with a social media post, which appeared to tease his imminent exit from the iconic costume and shield.