It’s a gorgeous, if not hellishly sweltering, day in Malta and we’re sitting on a sandstone-rimmed rooftop chatting with the inimitable actor/director dynamo Bryce Dallas Howard.

In front of an industrial fan, regrettably turned off so as to not mess with the recording, alongside co-star DeWanda Wise we unpack her dino-dusting role in Jurassic World Dominion ahead of the release of the extended cut, the power of the blockbuster’s female cast and *record rip* the fact she was asked to lose weight before shooting.

This is why we can’t have nice things.

The Mandalorian director stars as Claire Dearing in the final instalment in the Jurassic saga, alongside Chris Pratt and Wise. Oh, and Jeff Goldblum. And you might as well throw in franchise OG’s Sam Neill and Laura Dern.

No wilting prehistoric flower or dinosaur-disturbed damsel in distress, though, we see Claire come face to face with (human) villains, buzz a few raptors into oblivion and action-star-leap across the dusty rooftops of Malta in heeled boots.

It was all in a day for the star, but, still, Howard reveals that her body – which did all of that *gestures at the potentially body-breaking stunts* – was a main topic of discussion by unidentified execs. Yet again. 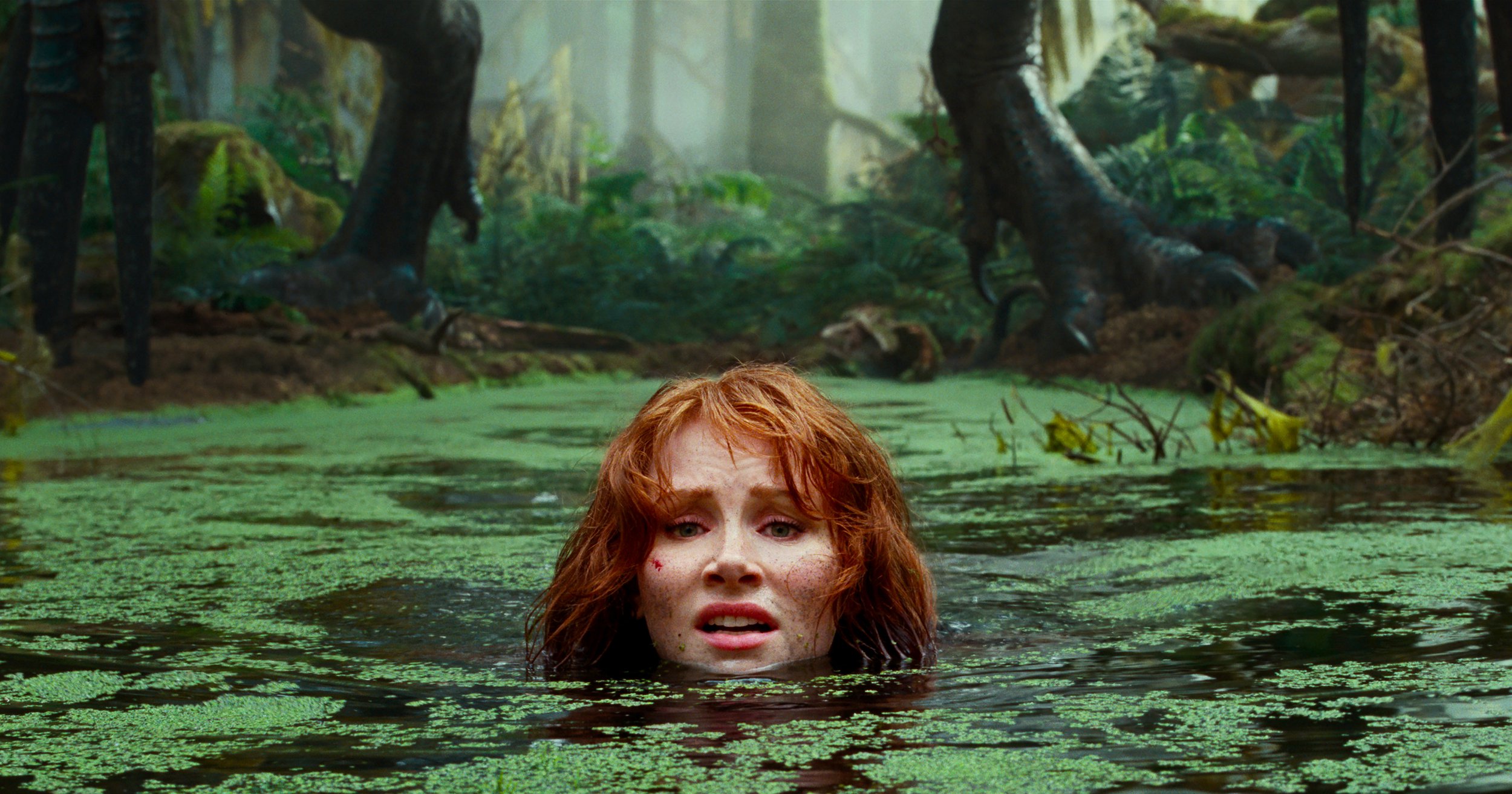 ‘On the third movie, it was actually because there were so many women cast, it was something that Colin felt very strongly about in terms of protecting me…because the conversation came up again, “we need to ask Bryce to lose weight”.

‘So I’m really thrilled [at] all the action I got to do, and I got to do it with my body, she was at her maximum strength, and I hope it is just yet another indication of what’s possible.’

Howard has reunited with her co-star Wise, on another rooftop – no raptors, this time – overlooking the harbour, to chat the film’s anticipated extended release, which features 14 minutes of extra footage, including an alternate opening.

She says: ‘It’s always something. There was a lot of resistance to Kayla having muscle, to what it means to be a woman, look like a woman. It’s just every side, it’s relentless and impossible.’

‘There’s so many of us! Actually, we’re half of the population!’ Howard chimes in. ‘And in this movie, there were more women than men. These are numbers and scenarios [that are] at this point uncommon still, and just normalising that….’

For Wise, she enthuses of the humanity of their characters and champions the film’s ability – led by Trevorrow – to showcase the ‘entire human beings’ that women are.

She says: ‘They introduce these heroines who aren’t perfect. There’s a story there, a sense you can be heroic even if you don’t feel heroic. I’m interested in the future of action and blockbusters really allowing women to be the entire human beings that we are.’

And that comes with some kick-butt moments of epic proportions.

This is the film Trevorrow set out to make when he first yelled ‘action!’, Howard explains, and both women are chuffed with how the director’s cut, so to speak, ties up the tale and manages to include all the stunts they put themselves through.

‘All of my stunts are in there,’ Wise beams, ‘I’ll tell you what is not in there… a lot of stuff that was cut of Kayla’s stuff was just Kayla being Kayla. There’s an “I Am Sparta” moment, [where] she yells out, “You don’t want this smoke!” where she’s drinking beer and eating peanuts, I’m not kidding you… [laughs]’

Howard adds: ‘There are definitely moments before and after stunts, between characters, Claire and Owen [Pratt] on the plane after the whole Malta sequence, a little scene that had never been written, that Chris and I improvised.

‘Getting to have those moments in there helps to fill out the story and relationships, and, of course, the beginning [of the film] and what it does for the whole movie, especially the third act. We are so proud to get to share the original cut of this film.’