With announcements for most projects on hold until the Avengers: Infinity War storyline has officially played out, Marvel Studios hasn’t been able to officially confirm a Black Panther sequel. But given the reaction to the first film, boss Kevin Feige said it is “absolutely” going to happen.

“[I have] nothing specific to reveal, other than to say we absolutely will do that,” he said.

That’s a no-brainer given that the film broke records for the superhero genre, and is already being touted as a contender for the 2018 Academy Awards race.

And we’ve already made one return trip to Wakanda in Avengers: Infinity War, as the African state played a hugely important role in events during that film. Expect to get your passport stamped there a few more times, given its popularity.

Ant-Man and the Wasp is imminent in cinemas, followed by Captain Marvel in March 2019 and the as-yet-untitled Avengers 4 in May 2019. That wraps up the current slate of movies, as both Ant-Man 2 and Captain Marvel tie into Avengers 4.

They’ll be followed by Spider-Man: Far From Home in July 2019 and Guardians of the Galaxy Vol 3 in 2020. Given that we know the Spider-Man: Homecoming sequel starts filming shortly and the Guardians 3 script has just been finished, we can probably expect Black Panther 2 to hits cinemas in 2021 at the earliest.

Besides, Marvel doesn’t want to hurry things, making sure the second outing is as good as the first. “When will it be? A lot of it will be when Ryan wants to and not rushing anything, but I think we have an idea of when it will be,” Feige told Collider.

We’re not sure if he’s alluding to this, but Marvel does have one placeholder date in its cinematic diary beyond those films listed above, with no superhero franchise currently attached to it. The proposed February 18, 2022 date is also very close to being four years since the first Black Panther entered cinemas. Coincidence? It just might be! 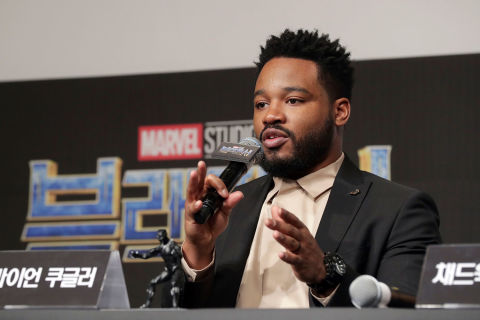 Given the job Ryan Coogler did on the first Black Panther movie, Marvel’s Kevin Feige was obviously keen to sign him up again for the sequel.

“We definitely want Ryan to come back and that’s actively being worked out right now,” Feige told Collider.

And news broke in October 2018 that Coogler had secretly signed up for the film “some times ago”, with plans to begin writing the screenplay in 2019.

Black Panther 2 plot – who is the villain? 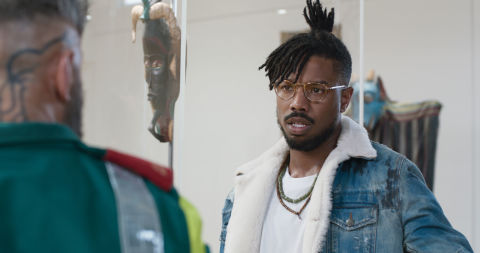 An unnamed source quoted by Metro UK has suggested a return for Killmonger: “They’re still yet to decide if Michael B Jordan will return in some capacity but if he doesn’t it’s likely Gambino may play some kind of villain.” 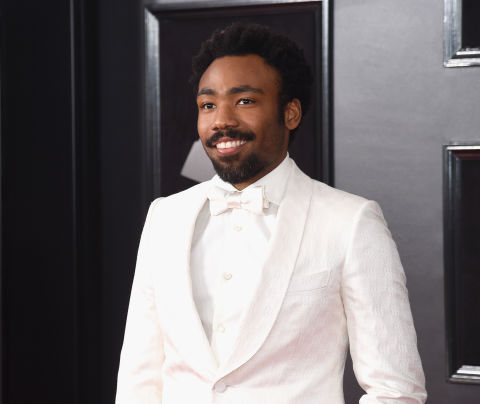 Metro‘s insider continued: “Ryan Coogler is currently mapping out Black Panther‘s sequel and has written in a number of new characters that movie-goers will be introduced to when it premieres. One of those characters, if he gets his wish, will be played by Childish Gambino. Nothing is set in stone but ‘informal talks’ [are happening] between Ryan, Gambino and reps from Marvel and Disney to see if they can make it happen.”

While we don’t know which villain Glover could potentially play, we do know it won’t be Kraven the Hunter (not least because Kraven is traditionally a Russian aristocrat in the imperialistic “White Hunter” mould). Coogler considered him for the first film, but Sony apparently has plans for him in its Sony Marvel Universe.

“I’ve always loved Kraven the Hunter in almost every iteration,” Coogler told Yahoo Movies. “So there was a moment – ‘Can I grab Kraven?’ – and they were ‘Nah, you don’t have Kraven’. He was one where I thought ‘Oh, man’. But I don’t even know if he would have worked in the movie we ended up with, this was the early days.”

Black Panther 2 plot – who is the hero? 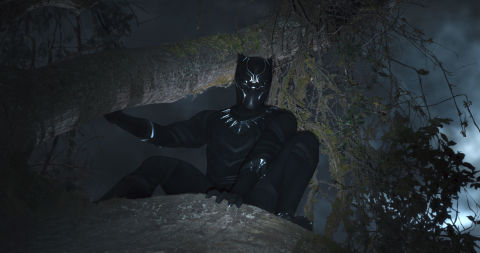 OK, so you think we’re crazy, right? We can hear you screaming, “The hero’s name is in the frickin’ title!”

Hear us out, because this is what producer Nate Moore said: “One thing I like to tell Ryan [Coogler] is, the Black Panther is a mantle as much as it is a person, so we’re not restricted by anything.”

We’re sure Chadwick Boseman is signed on (and very keen) to play T’Challa/Black Panther for a whole bunch of movies, including Black Panther 2, but we’re just saying that succession might not always be the case.

Normally the mantle of the Black Panther is held by whoever rules Wakanda. Although the powers are offered to both M’Baku and T’Challa’s girlfriend Nakia during the first film, so a precedent has already been set for someone else to play the superhero. 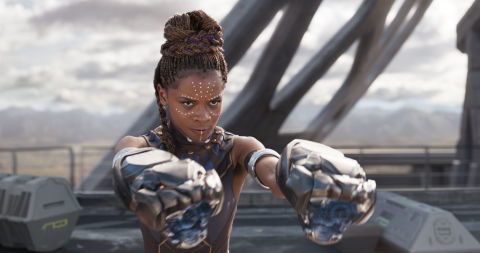 T’Challa’s tech-wizard sis Shuri has also become the Black Panther in the comic books and given her incredible reception from both fans and critics alike, would be an obvious contender.

Letitia Wright, who plays Shuri, even told MCM London Comic Con that she’d be happy to step in for her brother, “to be comic-book accurate”.

Black Panther 2 plot – what is the story? 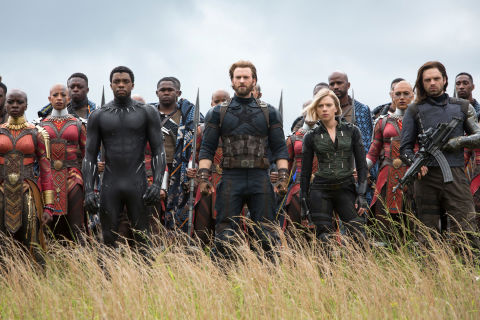 “One of the favourite pastimes at Marvel Studios is sitting around on a Part One and talking and dreaming about what we would do in a Part Two,” says Kevin Feige.

“There have been plenty of those conversations as we were putting together the first Black Panther. We have ideas and a pretty solid direction on where we want to head with the second one.”

We don’t yet know what those ideas are (except that they won’t contain Kraven the Hunter), but with such a rich history, there’s currently plenty to choose from. 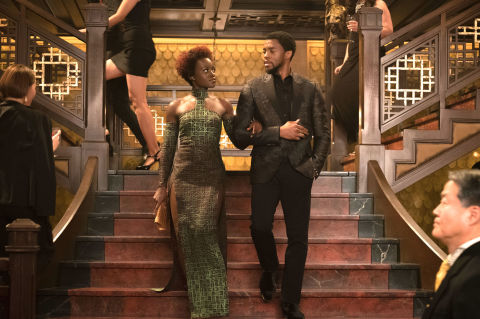 “Panther has been around for more than half a century in the comic books and there are many, many stories to tell,” Feige told Variety.

Fans will almost certainly want to see a return to Wakanda. Even though it’s now featured in two Marvel movies, there’s a lot more to explore in Marvel’s newest kingdom.

“Anchor point is a good way of [describing] it,” Feige said while discussing Wakanda with Entertainment Weekly, “particularly as some of our other anchor points, Asgard for instance, are gone”.

Black Panther 2 cast – who is returning? 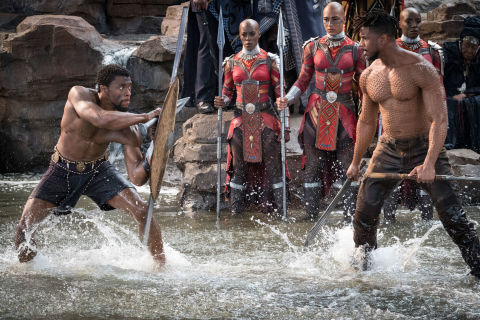 As discussed above, Michael B Jordan’s intense and troubled villain Erik Killmonger could also be in for a return – despite dying at the end of the first film.

There’s nothing new about comic-book resurrections, but for once we don’t think this is how that would play out. 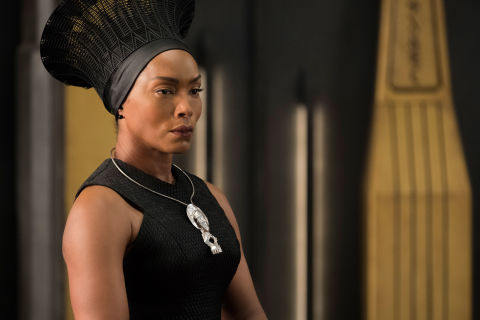 Naturally, the same Wakandan healing technology that saved Everett Ross (Freeman) from the brink of death could be employed, but Killmonger turned that down at the end of the first film. And it’s unlikely the supposed time-travel shenanigans of Avengers 4 would play a role, as that wouldn’t sit well with fans.

Still, Jordan has revealed to MTV that he would love to reprise the role of Killmonger, so perhaps something more subtle is in order:

“If there was ever an opportunity for me to come back and join this universe and work with like Joe Russo, Kevin Feige, Victoria [Alonso], and everybody over there at Marvel…”

However, there is one way to bring Jordan back that doesn’t include flashbacks. When Killmonger initially defeated T’Challa in a trial by combat, he ingested the heart-shaped herb and gained the strength of the Black Panther. That ritual should have formed a spiritual connection with the realm of Bast.

We don’t know exactly how this part of the Wakandan afterlife works, but the spirits of T’Challa’s ancestors dwell there after death, imparting wisdom to whoever next inherits the Black Panther mantle. It would make sense if Killmonger’s spirit also wound up residing in the realm of Bast, as he has ingested the same herb as everyone else who’s wielded the power of the Black Panther.

Not content with curating the (very good) soundtrack to Black Panther, the Grammy Award-winning rapper Kendrick Lamar has revealed he’s also eyeing up a role in the film’s sequel. It turns out Michael B Jordan’s character has been a big influence.

During an interview with Clara Amfo on BBC Radio 1, Lamar mused: “I really enjoy Killmonger’s character, just off the simple fact that he was a villain but he came with that real talk. He was dropping them jewels and you gotta be aware what’s going on.

“He was a villain but he was loved and misunderstood. So if I could, I’d play a Killmonger for sure.” 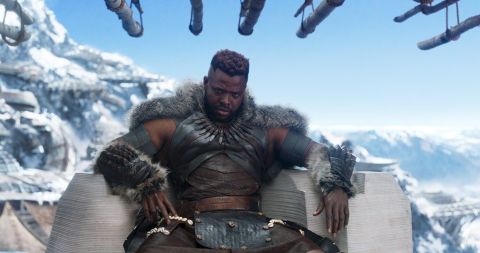 With no finished script to speak of and therefore no production date in the diary, there’s also no trailer yet to repeat-watch to death.

However, while we wait for a return to Wakanda, check out this fan-made Killmonger trailer that shows the first Black Panther movie from a whole new angle.