You know a film has reached a certain status when it’s being lovingly referenced in a Cornetto Trilogy movie.

When Hot Fuzz‘s small-town policeman Danny Butterman opens his Grayskull-like vault of DVDs and holds aloft Point Break and Bad Boys 2, he’s only got one question: “Which one do you want to watch first?”

Bad Boys was released in 1995 and its blockbuster sequel followed in 2003, with the action-packed buddy-cop movies notching up $622.1 million worldwide. Having returned a hefty profit on the $149 million combined budget (with the sequel costing almost seven times the original film’s), surely a third film was inevitable?

It’s not like everyone involved hasn’t been trying. The on again/off again rollercoaster ride that is the Bad Boys 3 production schedule has seen its fair share of casualties along the way. Yet despite what Martin Lawrence said in 2017, Bad Boys 3 – AKA Bad Boys For Life – looks like it is now definitely happening… 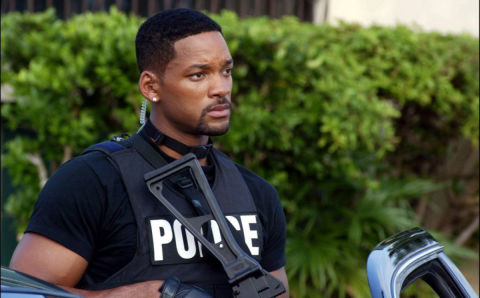 Bad Boys 3 cast – has Will Smith signed on?

Lawrence has always been up for starring in a third film, even when it looked like Bad Boys for Life wasn’t happening because of Will Smith’s busy schedule, saying: “I’m there, I’m ready right now. If they wanted to do it, I’m ready, but I don’t have control of that. That’s the studio decision.”

Similarly, Smith has always seemed happy to return to the franchise, if only he could find a gap in his workload.

Well it seems like he’s found that gap as Variety reported on October 1, 2018 that Smith had signed on to reprise his role in the threequel as Detective Mike Lowrey, but Lawrence has yet to agree terms although we doubt he’d turn it down.

In 2013, writer David Guggenheim was lined up to work on the third film in the action franchise. The Safe House scriptwriter officially entered talks to tackle the screenplay for Bad Boys 3. “He’s working on an outline right now. Hopefully we’ll get him started on a screenplay shortly,” Jerry Bruckheimer said six months later.

At that point, Bruckheimer was still producing the movie, but Michael Bay had not been expected to return to direct for a third time. Bruckheimer later admitted he did want Bay to return if that was possible.

The Grey director Joe Carnahan then became attached as a possible writer and director, working on the draft script from Guggenheim. Depending on who you believe, Carnahan suddenly quit over scheduling trouble or “creative differences” – and since he wrote the script as well, Sony was suddenly looking for a new director and possibly a new writer to rework the screenplay.

It didn’t take Sony too long to find a writer – albeit unnamed at that point – as confirmed by Bruckheimer in late 2017: “We have a new writer on it who’s working on it right now, so that gives me encouragement.”

Since then, the news has been even more promising. The long-awaited third Bad Boys movie is seemingly back on track, with two new directors lined up. Adil El Arbi and Bilall Fallah have directed episodes of FX’s Snowfall and are also attached to Beverly Hills Cop 4. 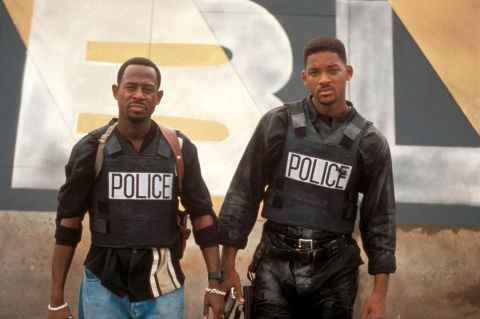 For a time, the long-awaited sequel was pencilled in for a February 17, 2017 release by Sony. Suggesting that timeframe was realistic, in October 2015 Smith said: “There is a very, very, very strong possibility that you will be seeing a Bad Boys film within the next 12 to 16 months.”

A revised Bad Boys 3 release date saw the film set to hit cinemas on November 9, 2018 before it lost its release date again, at the point where Carnahan suddenly departed.

With El Arbi and Fallah now signed on to direct, Sony has confirmed a January 17, 2020 release date for Bad Boys for Life, with Variety reporting that production on the movie could begin in early 2019.

No plot details have officially been confirmed for the third movie, but one source suggests it will see Marcus Burnett (Lawrence) working as a private eye after falling out with his partner Mike Lowery (Smith). Lowery is apparently going through a midlife crisis as a bachelor who finally wants to mature, while dealing with a new, young, cocky-but-loyal partner (although that loyalty is not reciprocated). When Burnett returns to the fray, he finds a bond with the younger man.

The leaked plot details claim Lowery and Burnett are brought together once again when a skilled Albanian mercenary with a vendetta issues a death warrant against the pair in retaliation for the death of his brother. Now the two renegade cops must work together once more to bring him down. 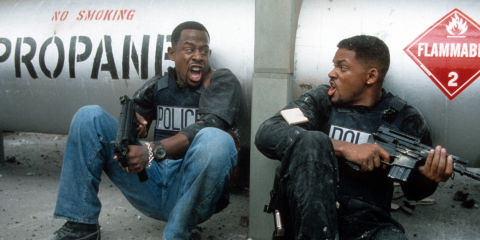 A Bad Boys threequel has long been in development, ever since Smith called for a return back in 2008. Since then Lawrence has confirmed a number of times that he’s keen for the project to move forward, providing regular updates that Bad Boys 3 was still on the cards.

In summer 2017, Lawrence reckoned the action threequel wasn’t going to happen, especially since Smith was going to be busy with Aladdin. “I don’t think we’re going to get one, not the way everything’s turning out,” he admitted.

However, producer Bruckheimer confirmed later that year that Bad Boys 3 was still being developed: “Well, we’ve been developing it for I don’t know how many years now, and we had a period of time where it got pretty close and then it drifted away a little bit, and hopefully it will drift back again,” he explained.

With two new directors on board, a budget reportedly set at over $100 million and a proposed 2020 release date, it seems as if this pair’s wild actions are finally making their way back onto our screens. 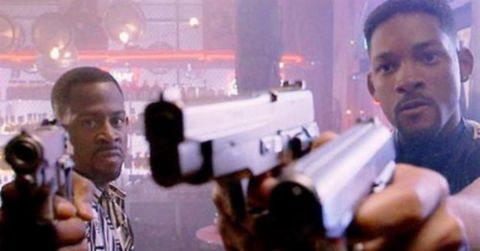 While Bad Boys 3 was checking into development hell for a long stay, a separate but related project was quietly building. LA’s Finest was a female take on the Bad Boys franchise starring Jessica Alba and Gabrielle Union.

Union was set to reprise her role as Special Agent Syd Burnett from 2003’s Bad Boys II, having joined the LAPD in Los Angeles. There she is partnered with working mother Nancy McKenna (Alba), with their different lifestyles and approaches driving the action in the show.

The show was only at the pilot stage before NBC announced it would not be going ahead with the project. However, the show’s producer, Sony Pictures TV, is reportedly in talks with Charter Communications to pick up the series. That would help boost Charter’s number of scripted series.

There’s no trailer to speak of yet but if the first one doesn’t feature car chases, explosions and Lowery and Burnett rubbing each other up the wrong way, we’ll eat our hat (disclaimer: hat may be made of cake).

Going by the Jan 2020 release date, we’d estimate at least a teaser by July.