Back To The Future Musical Opening Night

Last year, Daniel Craig finally set off on his long-delayed press tour for No Time To Die. When in Los Angeles the outgoing James Bond star appeared on James Corden’s The Late Late Show. During a special segment, the pair acted out 24 blockbuster movies in 10 minutes, including Back to the Future with an extra special cameo.

The British actors worked their way through the likes of Jurassic Park, Indiana Jones, King Kong, Speed, Fast and Furious and Grease before moving on to Back to the Future around 2 minutes 30 seconds into the video below.

For this scene, Craig put on Marty McFly’s iconic orange puffer jacket to reenact the closing moments of Back to the Future, when Michael J Fox’s teenager flew off to 2015 with Doc Brown.

Climbing inside a DeLorean time machine cut out, Corden’s Doc said: “There’s no time, get in the DeLorean!” Craig’s Marty replied: “Doc, you’d better back up or we won’t have enough road to get up to 88!” 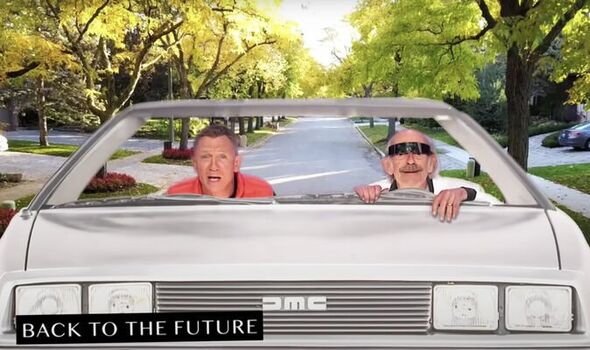 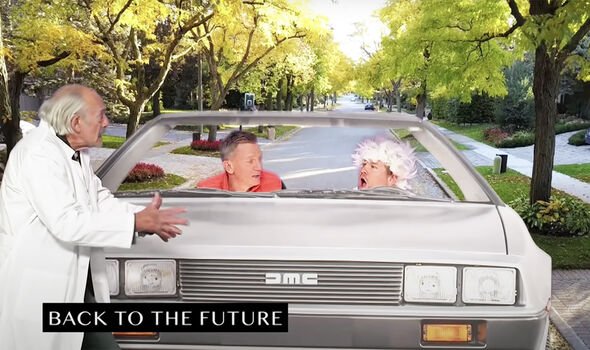 However, before Corden could complete Doc’s line, Back to the Future star Christopher Lloyd turned up going: “Whoa, whoa, whoa!”

Lloyd’s Doc said: “Stop! If you’re gonna do an iconic scene from a famous movie, do it properly!” But Corden pointed out how they couldn’t have two Doc Browns, before Craig quietly told the host to skedaddle.

The Back to the Future legend then joined the Bond star in the DeLorean, where Craig repeated Marty’s line. 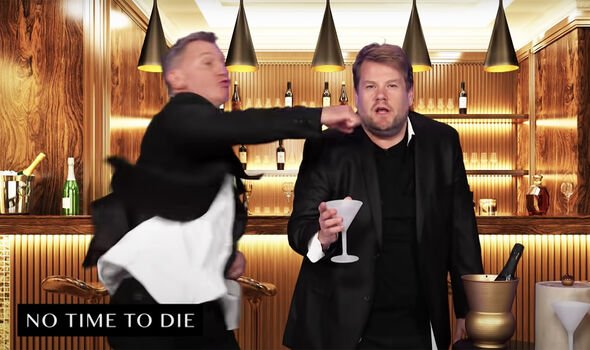 Later on, in the video, Geena Davis joined Craig and Corden for a reenactment of Thelma and Louise’s iconic ending. At the end, the outgoing 007 lampooned his own Bond movies before the host came on saying: “The name’s Corden, James Corden.”

And just as the whole video concluded, Craig uttered his most famous 007 line while dressed in black tie. The 53-year-old said: “And now, for the last time: The name’s Bond. James Bond.”

It’s been 35 years since Back to the Future first hit cinemas and the franchise continues today with the opening of a musical version in London.

Meanwhile, next week sees the 60th anniversary of the James Bond films celebrated by fans around the world.

A special documentary film on the music called The Sound of 007 is set to be released on Amazon Prime on James Bond Day this October 5, 2022.