AceShowbiz –
Warner Bros. is moving forward with its plan to adapt Japanese comic books “Attack on Titan” with Andy Muschietti on board. The “It” director has been tapped to helm the feature film adaptation of the manga series as the studio finalized a deal with Japan-based publishing company Kodansha on Monday, October 29, Variety reports.

“Attack on Titan” is written and illustrated by Hajime Isayama and has become one of the best-selling manga series with over 76 million copies since it debuted in 2009. It is set in a world where humanity lives in cities surrounded by enormous walls protecting the humans from gigantic man-eating humanoids referred to as titans. 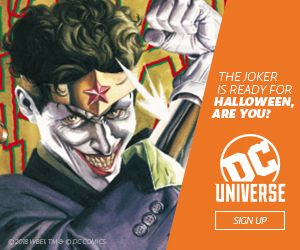 “Harry Potter” producer David Heyman is set to produce along with Masi Oka and Barbara Muschietti (“It”). No screenwriter is announced for the project as of now.

“Attack on Titan” was first adapted into a feature film in 2015 with Shinji Higuchi directing a Japanese animated version, which was released in two parts. Wit Studios premiered an animated television series of the manga series in 2013 which has released its third season earlier this year.

Fans have mixed reactions to the planned live-action “Attack on Titan” movie. Some think that the big-screen version will do no justice to the popular comic books. “Aw come on man…leave Attack ln Titan alone. Y’all already ruined DBZ, Death Note, Avatar and Bleach,” one wrote on Twitter.

Another similarly reacted, “When are studios going to realize there has never been a good live action anime adaptation film for good reason!? It’s impossible to adapt in a live action setting. Films like Attack on Titan and Boku no Hero are doomed to fail.”

Some others, however, still have a high hope that the movie will go with the manga’s horror route with “It” director Muschietti at the helm. One commented, “I hope Attack on Titan is as atmospheric and dark as IT was…People forget, AoT is meant to be a horror anime, since the manga started as a pretty grim survival story. Sure, now it’s about politics, but this movie has to be scary AF.”

“Going with a horror director for Attack on Titan Hollywood is good. My hope is that they create a new story with a bunch of elements from the original- the movie will be a trainwreck if they try to adapt a dozen anime episodes into a 100 minute live action film,” another weighed in.

Another Twitter user added, “Tackling the #AttackOnTitan live action film going to be hard but I’m rooting for #AndyMuschietti to do a good job even if the film may not be up to par with what everyone wants.”

Muschietti recently wrapped up the filming of “It: Chapter 2” which has Jessica Chastain, Bill Hader, James McAvoy, Jay Ryan, James Ransone and Isaiah Mustafa as the adult version of the Losers’ Club members. Bill Skarsgard returns as the evil clown Pennywise.