Aquaman 2: What will happen in the DC sequel?

Aquaman is on its way, marking the end of a quiet year in the Worlds of DC after the release of Justice League in 2017.

And what do you know, there is already talk of a sequel – and no doubt that the movie’s star Jason Momoa is ready for it. Here’s what we know so far. 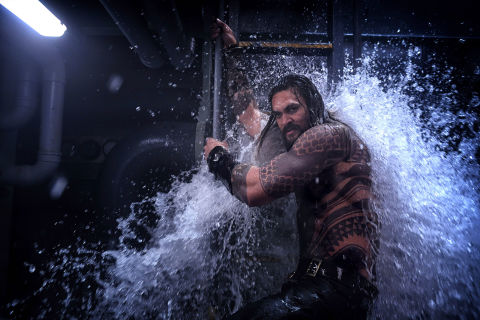 As we said, Momoa is very keen on the idea of a sequel to his underwater adventure. In fact, he’s got an idea for how it will open, and has even pitched it to Warner Bros.

“Even when we were shooting Aquaman, I have the opening of Aquaman 2 ready,” he told Total Film.

While Warner is yet to announced Aquaman 2 – and is unlikely to until it sees the reviews and box office receipts for the first film – it certainly helps to have the star so firmly on side.

There is no word on whether director James Wan is eyeing a return for the second movie.

Of course, we don’t know all the details of Aquaman yet, but funnily enough we do have a very good idea of how the film is going to end – courtesy of the excitable Jason Momoa.

“He was born with the powers but he never really harnessed them, honed them,” he said of Arthur Curry. “Obviously [the first film] is his whole origin story. We’ve seen him in Justice League, which is maybe two minutes of his old life, so we get to see where he came from.

“I think when he was a little boy, he had these powers and he didn’t really hone them, so this whole journey of him going to become the king… the last frame of this movie you’re going to see him actually become what he’s destined to be.”

So, the sequel is likely to pick up in the early days of the reign of the new King Aquaman, probably dealing with the first threat that he faces as lord of Atlantis.

He’ll also be donning Aquaman’s classic orange and green costume, as has already been shown in footage from the first movie.

Aquaman 2 villain: Black Manta and beyond

Speaking of threats to Atlantis, there might be some villains left over from the first film.

Patrick Wilson’s Orm/Ocean Master – Aquaman’s villainous half-brother – is the principal antagonist of the first movie. But underwater mercenary Black Manta (Yahya Abdul-Mateen II) will be showing up too in a supporting role, and as Aquaman’s greatest foe, it wouldn’t be strange for the filmmakers to give him a bigger role in the sequel.

While Ocean Master and Black Manta are definitely chief among Aquaman’s villains there are plenty of pretenders to the throne and monsters who want to destroy it among his rogues gallery. Dolph Lundgren is playing King Nereus – a sometime villain in the comics – in the first movie, and could become a threat in the sequel. There’s the parasitic magical entity called The Thirst, Mera’s evil sister Siren, Atlantis’ resurrected former monarch the Dead King, or even the ocean god Triton – plenty of shady figures for DC to choose from.

And if worst comes to worst, they could always tap Queequeg, Iceberg Head, or the Malignant Amoeba.

As the film hasn’t gone into development yet, Aquaman 2 obviously hasn’t been given a release date.