Looking for a few fresh and different streaming options? We offer some assistance. 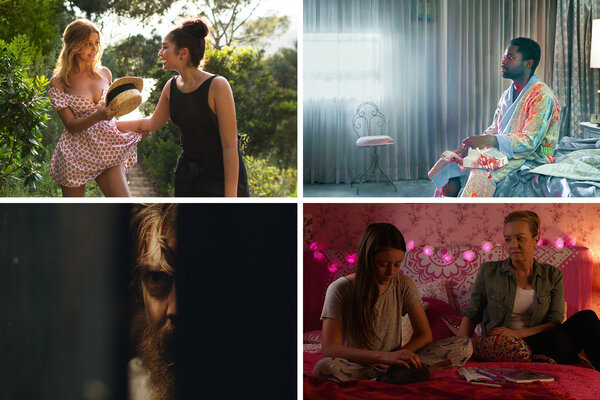 In normal times, the shift into fall would mean film festivals jockeying for marquee premieres and prestige Oscar hopefuls filling the multiplexes and art houses. Instead, we’re still watching movies from home, and while this month’s crop of out-of-the-box streaming service picks may not have any festival laurels, there’s plenty of blood-soaked vengeance and uncorked sexuality to dig into instead.

A young woman is both stunned and fascinated by her free-spirited, sexually liberated cousin in this playful and provocative picture from the French director Rebecca Zlotowski, who finds both comedy and drama in the characters’ search for self-awareness. Sofia (Zahia Dehar) has fashioned herself the quintessential sex kitten — Brigitte Bardot’s hair, Sophia Loren’s eyes, Anna Karina’s ennui — but it always seems a show, even for Naïma (Mina Farid), whose attempts to emulate her cousin only underscore their vast contrasts. Zlotowski accomplishes the tricky feat of both presenting and critiquing the male gaze; she gets how Sofia wants the world to see her, and how much more they’ll never know.

Few actors are as easily, consistently funny as Wendi McLendon-Covey, who steals scenes by the handful in “Bridesmaids” and on “Reno 911!” and “The Goldbergs.” The shock of seeing her take the leading role in a serious indie drama is surpassed only by the power of the thorny, lived-in performance she builds for the writer and director Debra Eisenstadt. McLendon-Covey is muted, present and entirely believable as Cathy, a housewife and mother whose rigid, controlled routine is shaken to its core by complications and desires that she can’t keep at bay. Steve Little (of “Eastbound & Down”) similarly and successfully plays against type as Cathy’s disengaged husband. 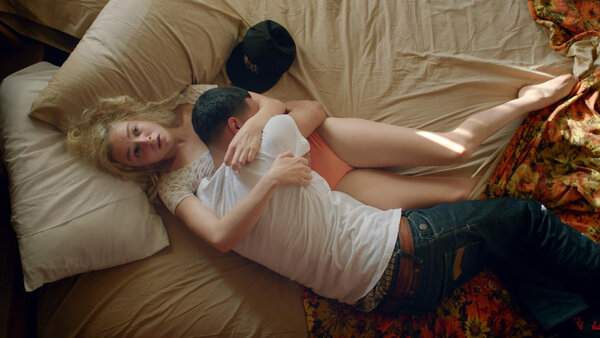 Morgan Saylor, best known as Dana Brody on “Homeland,” performs a kindred act of confounding expectations with her leading role in this frank, candid and frequently upsetting story of a young woman’s descent into hedonism. She’s startlingly good, capturing the character’s increasing appetites and desperation without the kind of wide-eyed overacting too common in stories like these. The writer and director Elizabeth Wood also carefully sidesteps those tricky “After School Special” land mines. She weaves something closer to “Kids,” a cautionary tale that nevertheless understands the irresistible draw of independence, escape and a good time.

Keanu Reeves and Liam Neeson aren’t the only marquee stars to take a second-act spin as action heroes; this 2015 shoot-’em-up finds Salma Hayek trapped in her apartment, fighting off an army of thugs and bad guys sent to kill her for turning snitch. The director, Joe Lynch, uses the claustrophobic setting to his advantage, working up increasingly ingenious (and sometimes preposterous) ways to keep his heroine alive while keeping her in place, and Hayek is more than up to the task. She’s tough and tenacious, and wields her weapons convincingly, while imbuing the character with genuine depth and personality.

David Oyelowo performs what amounts to a cinematic one-man show in this 2015 HBO movie as Peter Snowden, a lonely veteran we meet at exactly the moment his sociopathic inclinations have gotten the best of him. Desperately trying to prepare his home for a visit from an old friend, he embarks on a long, searching and scary monologue of confession and self-delusion. Oyelowo is never less than riveting, while the director, Elliott Lester, finds inventive ways to keep visual interest circling around his star.

The writer and director Jeremy Saulnier (“Green Room”) crafts a lean, mean artsploitation movie with this tale of a vagrant (Macon Blair) who exacts revenge against the man who killed his parents — and must then deal with the consequences. Saulnier’s sensitive writing and semi-experimental style turn this bloody tale of righteous vengeance into a thoughtful and sometimes horrifying rumination on the true toll of guilt and justice. And then it works as an action movie, delivering grisly kills and stylized violence with admirable aplomb.

On paper, Ryan Prows’s crime anthology looks like a leftover ’90s Quentin Tarantino rip-off: unexpectedly intersecting story lines, freewheeling chronology, cheerfully overdone violence. But Prows has a singular, gonzo energy and delirious sense of cinematic style that smooths over the sense of déjà vu. His story of death, kidnapping and organ harvesting is relentlessly bleak, but not without its doses of dark humor, and though the hyper-violence and gore is genuinely shocking, the film doesn’t take it lightly — it all comes from a place of genuine pain and anguish, which allows the picture to close on a grace note of earned emotion.

Vince Vaughn stars as a working-class guy whose ill-advised career shift to drug mule takes a particularly grisly turn in this prison thriller from the writer and director S. Craig Zahler. As in his films “Bone Tomahawk” and “Dragged Across Concrete,” Zahler exhibits an attentiveness to procedural detail (both in the crime movie setup and the prison movie payoff) and a worldview of inherent, grim hopelessness; his matter-of-fact brutality gives way to a kind of Grand Guignol insanity in the homestretch. Yet the acting is grounded and the characters are fully realized, while his odd detours into momentary humanism give the film a surprising sense of gravity.

Jack Henry Robbins’s feature is a strange mash-up of analog nostalgia, sketch comedy and “Stranger Things”-style ’80s kid adventure, ostensibly pulled from a VHS tape where young Ralph (Mason McNulty) is trying out his new VHS camcorder by recording over the only tape he could find: his parents’ wedding video. His captures of late-night infomercials and public access oddities (many of them enacted by alums of “The State” and “Reno 911!”) provide broad laughs, but the juxtaposition of that wedding video and Ralph’s current, miserable family life creates drama where you least expect it.

In her six-plus decades of performance, Mavis Staples has just about sung it all: gospel, soul, funk, folk, rock, Americana. Her journey is, in many ways, the journey of American Black music, and the director Jessica Edwards gives it the proper weight in this affectionate bio documentary. Staples has collected plenty of juicy stories over the course of her dazzling career, and she shares them with verve and wit; her remembrances are illustrated with priceless archival footage and home movies. But the draw, of course, is the music — sweet, joyful music, reverberating with the kindness and wisdom of its creator.