New mom Yaya Mayweather has brought her baby boy, Kentrell Jr. to visit his grandpa, and joked they might move in with the boxing champ.

Iyanna “Yaya” Mayweather, the 20-year-old daughter of Floyd Mayweather Jr., recently welcomed a baby boy named Kentrell Jr. — and he’s already bonding with his famous grandpa! The new mom took to her Instagram Story on January 26 to share an adorable clip of the boxing champ cradling his grandson. “We thinking about moving to Papa’s house,” Yaya jokingly captioned the clip, adding a smiling emoji. The decorated athlete rocked a white sweater and black pants, along with a white protective face mask as he cuddled little Kentrell in his lavish living room.

It comes just a couple of weeks after Yaya and NBA YoungBoy, the father of her son, announced the happy news. She took to Instagram on January 9, posting an adorable pic of her son’s foot, officially revealing that she had welcomed a baby boy into the world! The news of her pregnancy was first broken by her famous father on the Oct. 30 episode of the Hollywood Unlocked: Uncensored podcast. Floyd confirmed the pregnancy amid lots of speculation that he was about to become a grandpa. “I just want the best for my daughter. Always want the best,” he said. “If that makes her happy, then we’re happy — me and her mother [Melissia Rene Brim] are happy. What I try not to do is be in her personal business because once she’s no longer under my roof, then you know what? It’s between her and her better half.” 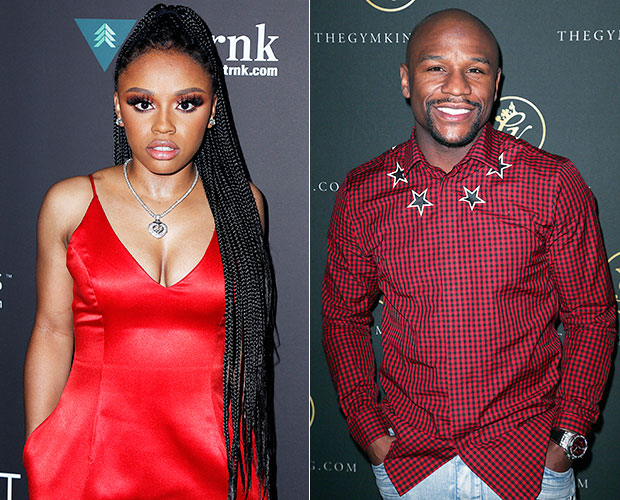 Fans of the new mom would recall she was previously arrested and charged with aggravated assault with a deadly weapon for allegedly stabbing another woman in YoungBoy’s Houston home back in April 2020. Her rapper beau went live on Instagram in the wake of the incident and called out his rival, Kodak Black. “You talking ’bout my wife? Inside my house that I paid for. Not her b-tch a– daddy, n—, huh?” Nevertheless, it seems the pair are leaving the drama in 2020, and focusing on being incredible parents to their little bundle of joy in 2021.