Every few minutes she cracks up laughing – a laugh famous in her family for being the loudest. She reminds me of Mary Poppins’ Uncle Albert whose uncontrollable mirth sends him floating up in the air. I keep expecting to see Brenda ascending towards the immaculately painted ceiling of her new west London home, unable to come down because she just can’t stop giggling. And fair play to her, because for a woman who gave up everything to join an industry that has been shut down for nearly a year, she could – quite justifiably – feel really down in the dumps. But that’s not Brenda’s way; she sees the best in everything and everyone.

“What doesn’t kill you makes you stronger and I really believe that if you have faith and self-belief, you can make it through,” she says. “And I’ve done a lot of that over the years of my life.”

Indeed, the only time Brenda’s face isn’t creased into one enormous grin is when she explains that she is off to Scotland Yard later for a meeting with the Metropolitan Police about the huge rise in the cases of domestic abuse during lockdown.

The Loose Women panellist, whose breakthrough into the entertainment industry came after she reached the semi-finals of X Factor, became the victim of domestic abuse herself when a violent ex-boyfriend left her in fear for her life.

“These are very hard times for everybody so I can’t bear to think about somebody thinking that they just have no escape, and they’re basically in prison because of a relationship that they’re in. So yes, very testing times.”

Brenda, 52, who has two children – Jamal and Tanisha – revealed on Loose Women that she would “blame herself” for her ex-partner’s aggressive, coercive behaviour. She kept the abuse secret and only found the strength to leave him when he strangled her over a missing apple pie. 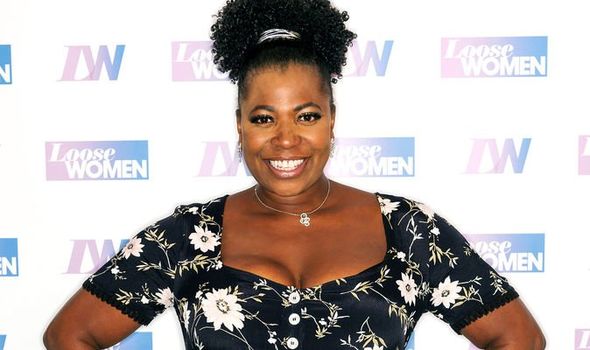 She confessed to her best friend and they planned her escape, packing a bag for her and the children while her friend waited at the flat to take her to safety. “He turned up, I heard the keys in the door and felt the goosepimples,” Brenda said. “There was a bit of a tussle between me and my friend and him and we got out.”

Two years later, just as Brenda was rebuilding her life, he tracked her down and showed up at her new home, armed with a knife. Luckily she had a friend there who called the police. He is now off the scene.

It’s typical of her relentless positivity that she is using her experience to try to help other women in that situation.

But Brenda is keen to turn the conversation back to Songs of Praise, a programme she used to watch as a little girl with her beloved grandmother.

When she was five, her parents were killed in a car crash and she and her older brother Rodney were raised by relatives. 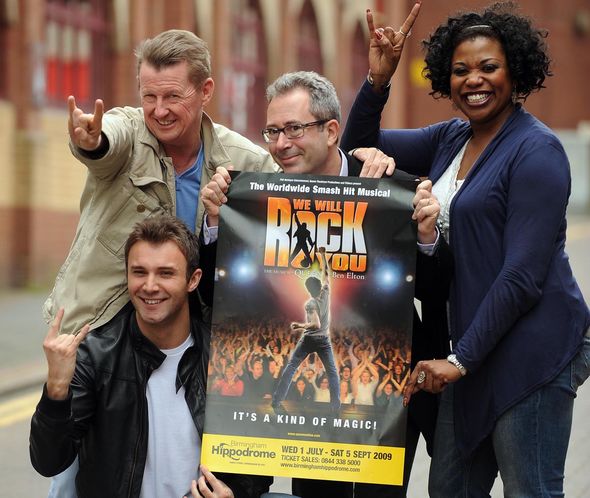 Their grandmother took them to the Pentecostal church close to their Luton home and it was there that Brenda found her voice and her faith.

She joined the Sunday school junior choir and became the choir mistress before moving away from gospel to start singing at local nightclubs, weddings and funerals.

She was working as an accounts manager for a television auction station when she found herself in Belfast at the same time as the X Factor audition team rolled into town. A friend told one of the researchers about Brenda’s talent and she was asked to audition.

“I got in that queue for hours with everybody else,” she says. “And they asked me to come back the next day. I was supposed to go back to Luton to work so I had to phone and say, ‘I’m not going to be in today, I can’t tell you why but it’s gonna be really big if it happens, so can I have another day off?’”

Brenda nailed it – despite not having any “audition clothes” – and reached the semi-final, mentored by Sharon Osbourne, narrowly missing a place in the final. 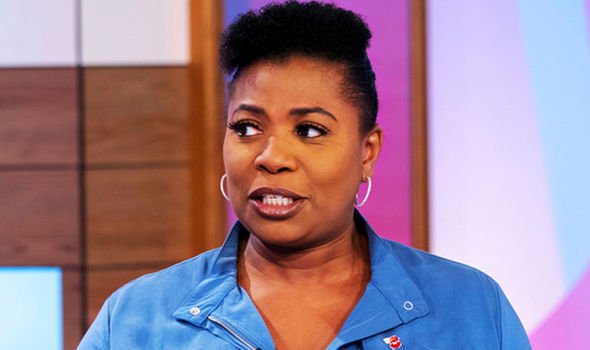 “I was the most unprepared I’ve ever been for anything,” she says. “But I went for it. And one of the things Simon Cowell said to me is everything I do, I do with gusto. And I was like, ‘Yeah, I do!’”

Cue more uproarious laughter as Brenda reflects on the past 16 years since X Factor, which have seen her land roles in a host of West End musicals including Chicago, We Will Rock You and Hairspray. Brenda was due to join Whoopi Goldberg in the West End revival and UK tour of Sister Act: The Musical but that is currently on hold.

As viewers of her debut appearance on Songs of Praise last Sunday will attest, singing is her salvation. Belting out a gospel song with such power that the microphone has to be placed several feet away, her face is illuminated with joy.

“From as long back as I can remember, when my parents were alive, they were always playing music, spinning the vinyl, you know, and music really just uplifts me. As soon as I start singing, I’m happy. 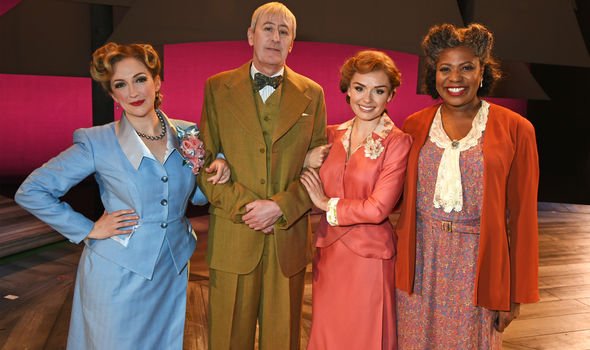 “I would never have thought that I’d be presenting the programme all these years later. I have to pinch myself because I’ve been watching Songs of Praise for the longest time.

“My grandmother, she was old fashioned. I said I wanted to be a performing artist, but she said, ‘You’re not gonna make any money from that – you need to go to college and study and get yourself an office job.’ And that’s exactly what I did. You know, I was an obedient child.”

But she says that her grandmother would be very proud now. “She would have been so overjoyed at what I have achieved.

“I do find myself having those moments where I’m singing out and I do think that my grandmother and my parents, they do hear me. I really believe that.”

Before X Factor, Brenda had given up her dream of being a professional singer. But she couldn’t quell the voice inside her fighting to sing out.

At every opportunity, at the pub karaoke, at her local church, cleaning the house, she’d be belting out songs. “I even auditioned once for a girl group, but they said, ‘Your voice is too big.’” 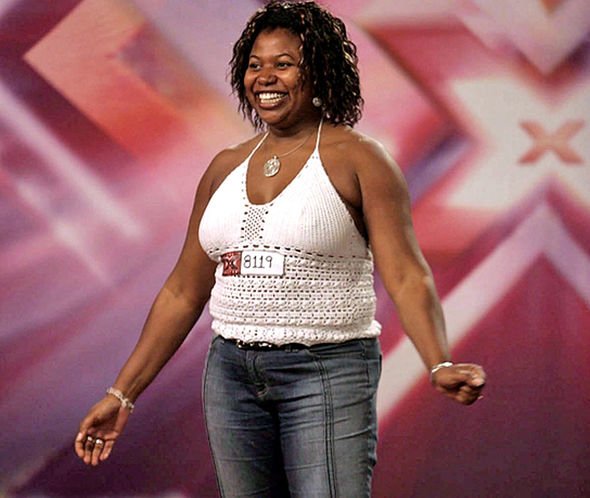 Even after X Factor, she was amazed by her own success. “I didn’t have the experience of acting classes so after X Factor, when Chicago happened, when I got that phone call offering me the role, I was like, ‘Me? No, you’re joking me!’”

Without that creative outlet, is she working out during lockdown, to keep busy? Cue another howl of laughter. “Working out? Me?” Brenda says when she finally manages to compose herself.

“I should be but no, absolutely, not. If it gets to the point where my clothes start not fitting then I will need to start doing some sort of a workout.”

Brenda’s lockdown project has been DIY and she is, she proudly announces, the owner of a new tool kit. She can drain a washing machine, sort out fridges, freezers, ovens and dishwashers using a DIY manual she bought or with the help of YouTube video tutorials. 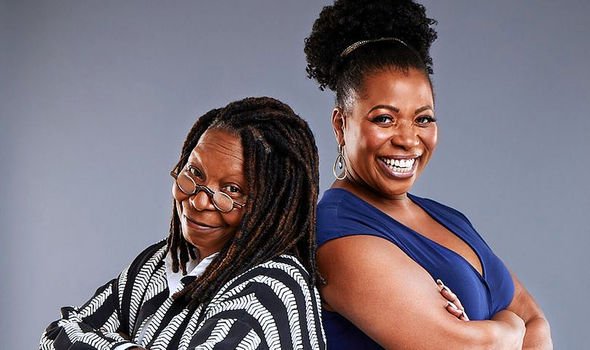 She has painted all the rooms in her new home, assembled all the furniture and put up shelves.

“I haven’t got anybody else to do it. So I’m gonna do it for myself,” she says defiantly. “I have my children and I have my two cats. That’s all I need. There’s no dating in lockdown. If you didn’t have somebody already, you’re not gonna find anybody in lockdown because you can’t see them anyway.”

Maybe in the future? “I think everybody wants to have somebody to love them and that you can love back,” she says smiling. “That would be really lovely.

“But my main focus is keeping me and my children and my family safe. Love will happen if it’s supposed to but I’m not going looking for it.”

● Songs of Praise is on every Sunday on BBC Two at 1.15pm