William Shatner had a sassy response to his “Star Trek co-star George Takei, who mocked the 90-year-old actor’s body shape amid his historic flight to space this week.

Taking to Twitter on Friday night, Shatner accused Takei of only becoming relevant when he name-checks him.

“Don’t hate George. The only time he gets press is when he talks bad about me,” Shatner’s tweet reads.

It continues: “He claims 50+ years ago I took away a camera angle that denied him 30 more seconds of prime time TV. I’m giving it back to him now by letting him spew his hatred for the world to see! Bill the [pig emoji].”

The latest development took place this week when Takei mocked Shatner’s fitness amid his flight on Jeff Bezos’ Blue Origin.

“He’s boldly going where other people have gone before,” snarked Takei, 84, to Page Six when asked about Shatner making history as the oldest person to ever go to space.

“He’s a guinea pig, 90 years old and it’s important to find out what happens,” Takei added while at the opening of “Thoughts of a Colored Man” on Wednesday night.

The actors have famously feuded for years in the public arena. Takei has accused Shatner of ignoring him on set as well as changing up the script for “Star Trek V” so that Takei’s character would not receive command of a spaceship. 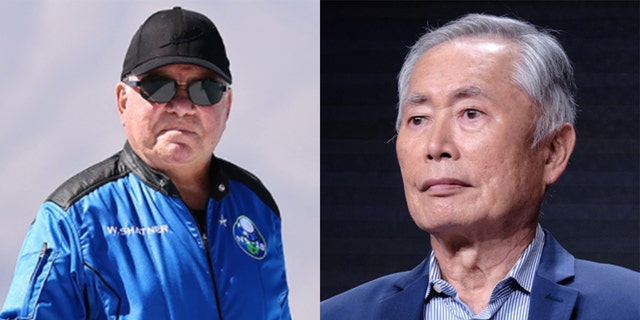 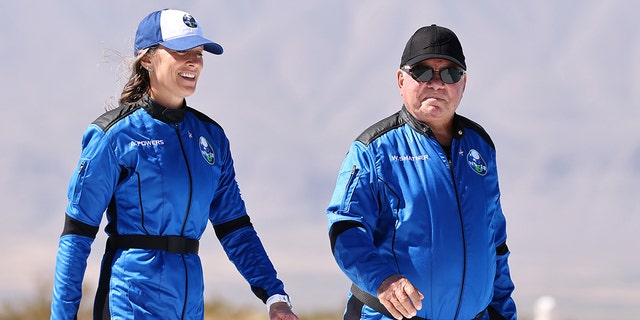 Shatner has taken shots at Takei too. He once claimed there’s something Takei is “festering, and it makes him unhappy that he takes it out on me.” He called Takei’s public lambasting of him “sad.”

The 90-year-old actor joined Blue Origin Vice President of New Shepard Mission and Flight Operations Audrey Powers as well as Dr. Chris Boshuizen and Glen de Vries as they blasted off on the aerospace company’s latest suborbital spaceflight on Wednesday.