Let’s just call it like it is: Selena Gomez may be the most booked and busy celebrity in all of Hollywood. The multi-hyphenate is about to release season 2 of Only Murders in the Building (which just premiered a new promo during a commercial break) and has been making rounds during awards season this year, most notably at the SAG Awards and Critics’ Choice Awards. But that doesn’t guarantee an appearance at the 2022 Oscars. (Sorry, Selenators!)

Selena is not attending the Academy Awards this time around despite her other awards appearances, and there’s a good reason for it: She’s not nominated! She doesn’t have a movie out that is eligible, and she’s not presenting or attending with a nominee, so it makes sense that she gets a rare (Lol, get it?) night off from business.

There were buzzy rumors Selena would host the Oscars alongside Steve Martin and Martin Short (!!!) but that didn’t ultimately work out. (Regina Hall, Amy Schumer, and Wanda Sykes are co-hosting this year’s show instead.)

While the Oscars are going down tonight in Los Angeles, Selena was most recently spotted in New York City with her new Only Murders co-star Cara Delevingne grabbing dinner at Italian restaurant Casa Lever in midtown.

Even though Selena isn’t making an appearance at the Oscars telecast tonight, let’s take a moment to appreciate her 2022 SAG Awards velvet Oscar de la Renta gown and diamond choker: 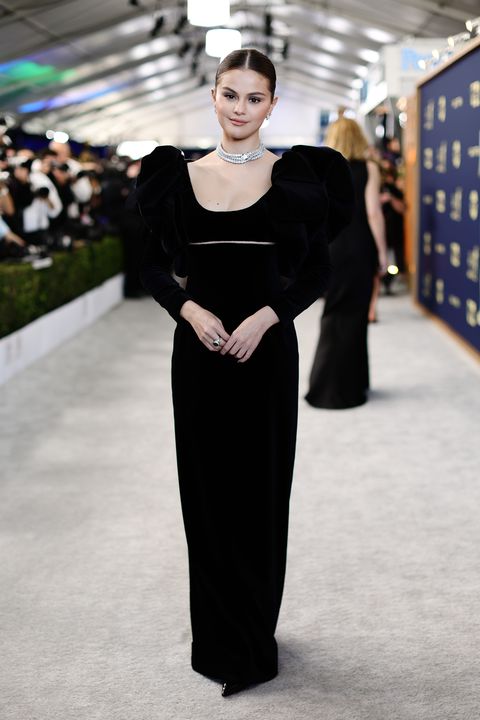 And her custom red Louis Vuitton halter gown, which she wore for her 2022 Critics’ Choice Awards debut after being nominated for Best Actress for Only Murders: 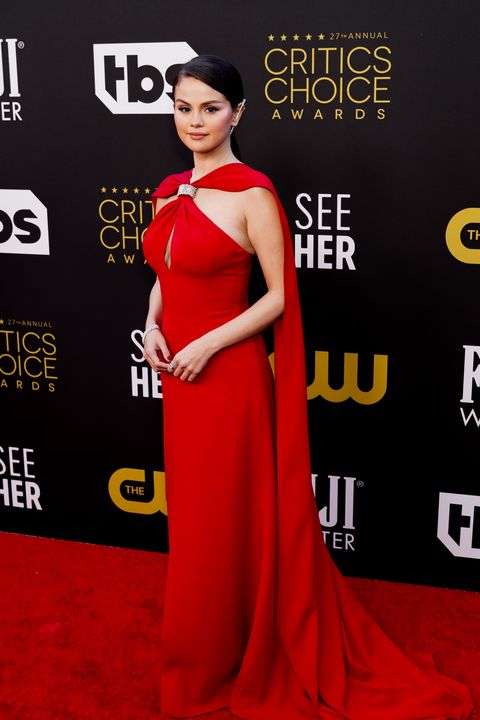 Maybe next year Selena will make an Oscars show appearance. @Academy? Can we make requests??