When she became best friends with the Prime Minister’s father, Stanley Johnson, ­during the filming of I’m a Celebrity…Get Me Out of Here! and then won the reality TV show, her pretty face and megawatt smile seemed to be everywhere. And she milked the attention for all it was worth, working solidly ever since, appearing in more reality TV, on This Morning as a reporter and even as Mrs Toffee Apple in the kids’ film The Grinch.

But underestimate her at your peril; beyond the ditzy demeanour and the girly giggles, Georgia Toffolo means business. Literally.

“Having a future as an entrepreneur, a businesswoman, to be taken seriously, now that is what really excites me,” says Georgia, on a call from her South West London home where she has spent lockdown.

“Finding the product, or the business model, I’m not there with it yet but I’ve got lots of fun ideas so I’d love to work that up, maybe over this summer – I always take a month off – so that’s my next plan of attack.”

With her work ethic and verve, Georgia will achieve it, of that there is no doubt. We are looking at the next Karren Brady or Deborah Meaden in the making.

Not that Georgia has exactly let the grass grow under her feet. Still only 26, she landed a four-book deal with Mills & Boon to write romantic fiction.

The second, Meet Me In Hawaii, is out tomorrow and features a holiday romance, which Toff hopes will inspire the nation to go out and find love once we can travel again. 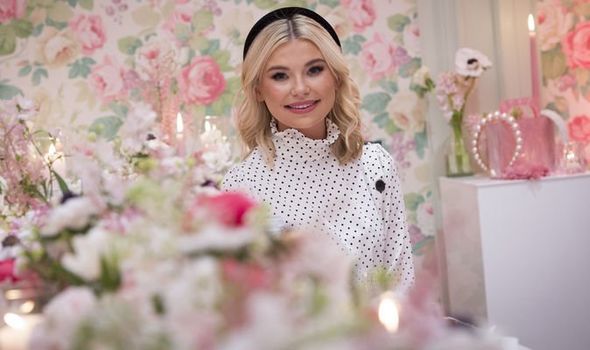 “My book is just jam-packed with sunshine and love and obviously a bit of sex – because it would be a travesty if it wasn’t – and I don’t think anyone’s been doing much of that recently frankly,” she says, adding later that there has been “no dating” for her in lockdown.

“In the last year more romance novels have been sold than ever. We’ve been fortunate that people are crying out for it because it does just take you somewhere else where it isn’t illegal to travel and gives people a bit of hope that we’re not too far away from normality. I really hope that’s true.”

Georgia, who rose to fame on E4 reality TV show Made In Chelsea before she was crowned Queen of the Jungle on I’m A Celebrity, became a Sunday Times bestseller last year with her first romantic novel, Meet Me In London. For those who still think of Mills & Boon as somewhere between Jane Austen and Jilly Cooper, however, times have moved on.

Publishing “escapist” fiction for women since 1908, Mills & Boon books are split into “strands” to suit all tastes and predilections, from Historical and Medical to Desire and Dare. 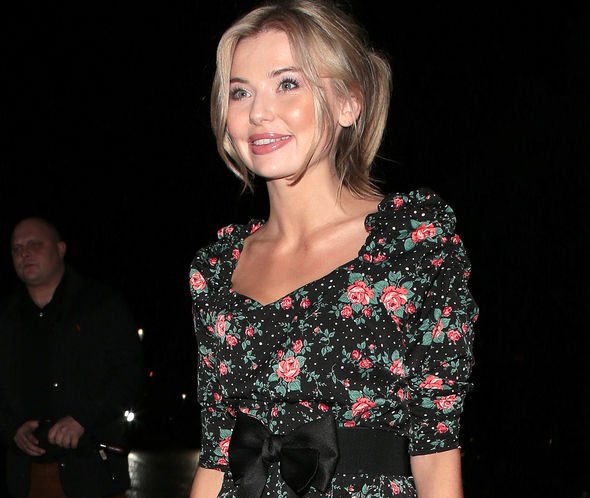 Toff’s books are on what’s called the Trade list, which means she is allowed a bit of raunch – albeit carefully controlled.

For a multi-million pound publishing empire which sells a novel every ten seconds in the UK, sex – and everything that goes with it – is a serious business.

“We had the most hilarious meeting in January last year,” recalls Georgia.

“There were all these women sitting round a table and my two male managers at the time who were just dying, and we had this most ­hilarious conversation about what to call people’s private parts.”

There is an accepted Mills & Boon lexicon?

“Yes! I was coming up with all these ­amazing names and they were like, ‘This is going to be horrendous if we let Georgia decide what they’re called’, but there’s ­nothing wrong with sex. I am a young woman in my twenties and there’s nothing to be ashamed about sex. 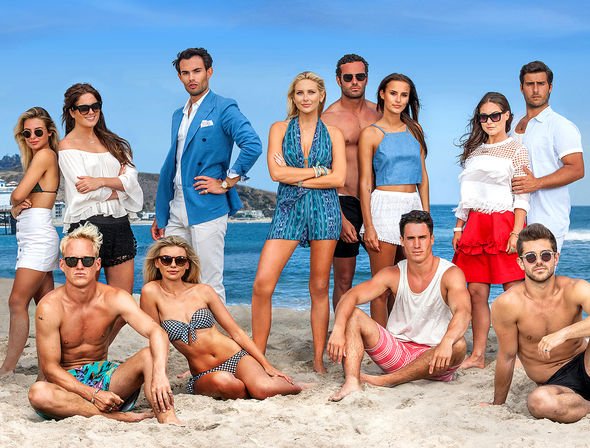 “To me, to not have that massive crescendo of the sex scene when from page two the ­sexual tension is getting bigger and bigger would leave the reader going, ‘Oh for ­goodness sakes, why do you take us on that journey, without giving us goods?’ It’s all about what’s appropriate for the reader, about ‘how sexy are we going to go?’”

But what she wrote was not censored at all.

“I was given free rein so perhaps I’m not that saucy, maybe I’m a bit vanilla. I ­definitely drew on my experience for the sex scenes – I mean there’s no way that I couldn’t,” she says with her trademark husky laughter.

But she won’t brook any suggestion that Mills & Boon objectifies or prejudices women.

“It’s an amazing institution and they do write for the modern woman. And there’s lots of that in my books. I mean, in Meet Me in Hawaii, in the first chapter you see Malie, our gorgeous strong woman, saving a drowning man, Todd Masters, out surfing. She’s strong, she’s independent.

“She doesn’t feel as though she needs a man, she doesn’t want to give in to Todd but then we get towards the end and, well… I’m not going to give the game away.”

It is impossible not to like Georgia. She is bubbly, funny and smart, and despite tales of ordering the local takeaways out of food
(“I am down to boiling eggs now”) and shrinking all her clothes (“I don’t know how to use the washing machine”), one suspects it’s all a front.

Underneath, she is as sharp as a tack. Every seemingly breezy, casual answer is sieved through her internal marketing filter to ensure that Brand Toffolo remains ­resolutely on message.

When asked about her plans for this year, she says she wants to throw a “massive party” before adding quickly, “when we are allowed of course, not before”. She talks about walking in Hyde Park with a friend “socially distanced”, and, as a Tory party member since school, gushes about strengthening her friendship with Stanley online.

“I have been FaceTiming Stanley loads. He’s really good at it and WhatsApp so it’s been really good for us to keep in touch,” she says before adding that she’d like her first holiday out of lockdown to be a “TV ­adventure” with him. 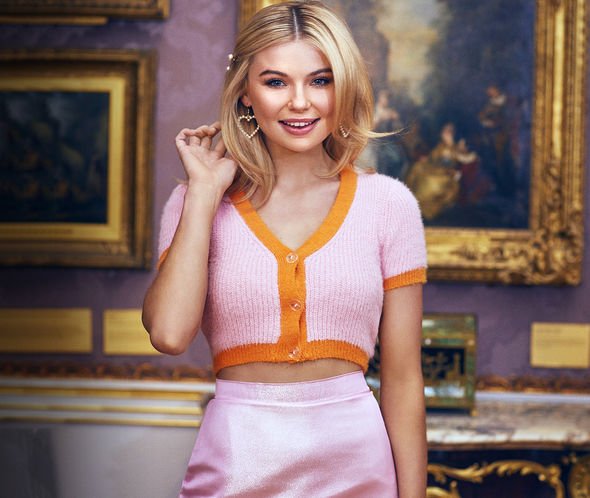 Georgia credits her time in the Australian jungle with him for getting her through the solitude of lockdown but the resilience stems further back.

Her dad, Gary Bennett, a scrap metal dealer from Torquay, where Toff grew up, and mother Nicola, who remarried when Georgia was five, enrolled her at Blundell’s boarding school in Tiverton because she was being bullied.

It was there she discovered her love of Mills & Boon (“I am a shameless romantic”) and it turned out to be the making of her. “I’m a sociable person and I’ve always thought of myself as being terrible on my own but actually, I’m not as reliant on other people as I thought I was,” she says.

“It’s been harder for my mum not seeing me. I am very independent, I went to boarding school at 13 and I never allowed myself to miss home, it’s just not something that comes into my brain.

“I miss Devon, and I wouldn’t mind an ­evening with my mum. Normally I don’t have enough time to get down to see them so I’m glad we’ll be able to get down soon.” 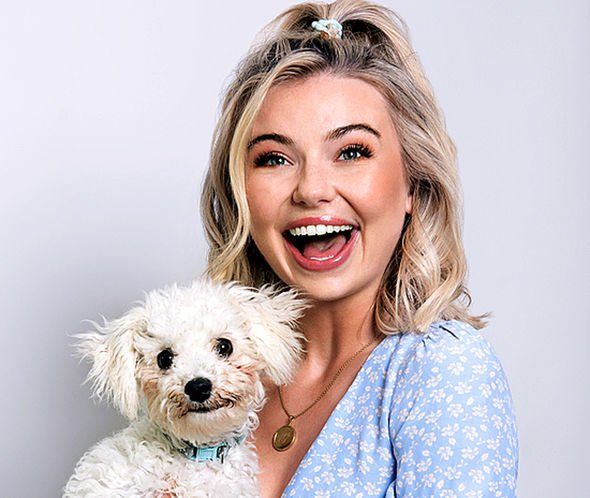 For now there is no significant other in Toff’s life except Monty, her dog.

“When I first got him and he was small, I thought he could sit at the table. Now he’s fully grown he still sits at the table and we have supper together every evening. I feel quite bad because it’s not good to have a dog at the table.”

It seems you can take the girl out of (Made in) Chelsea but some habits – like jumping on a jet for an exotic holiday – die hard. But, while she says she does her bit for the environment, even her time off comes with a little Toff gloss.

“I simply love exploring the world and travelling,” she says. “So as soon as I can, I will be booking a flight for at least two weeks. Three members of my family are in the aviation industry, and I’ve seen how devastating this past year has been so we have to support that industry.

“Also I am a Londoner and I want people to come to our country so if I was to pretend that I wasn’t going to travel again because of the environment I think that would be duplicitous.” 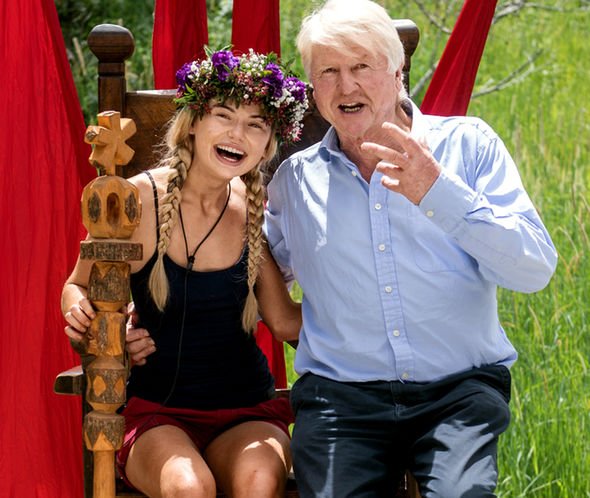 If Toff doesn’t get a business off the ground – unlikely – she would like to try her hand at crime writing, alongside some more telly.

But what she really wants is to be commissioned for another series by Mills & Boon.

“I just love love, and, it’s verging on an ­obsession, the journey of love for me is just one of the most amazing things.

“And yes, we all know that heartbreak is ­terrible but that’s why Malie is holding out against Todd, because we’ve all been there.”