After decades hosting “Wheel of Fortune,” it stands to reason that Pat Sajak may have the occasional slip-up.

One such mistake occurred during a recent episode, in which the longtime television personality gave away a bonus round answer.

A contestant had managed to scrape together a handful of letters for a relatively short puzzle, leaving the board reading: “_ _ _ TE  _ RAN _ L _.”

“Yikes,” said Sajak, 74, said after a letter was turned. “Well, I’d rather be standing here than there, quite frankly.”

Sajak seemed to catch himself in the mistake, as his voice tapered out as he said “quite frankly,” which was the complete answer to the puzzle.

Fortunately for the host, the contestant missed the faux pas and did not guess the answer correctly.

In a video shared after the show aired, Sajak addressed the mishap.

“It goes to show you that people are concentrating and they’re not paying any attention to me,” he explained. “… It’s funny what your mouth will say that your brain says you shouldn’t do.”

Poking fun at himself, he added: “We’ll, quite frankly, see you next time.”

The mistake comes on the heels of the host catching some flack for seemingly mocking a contestant with a speech impediment. 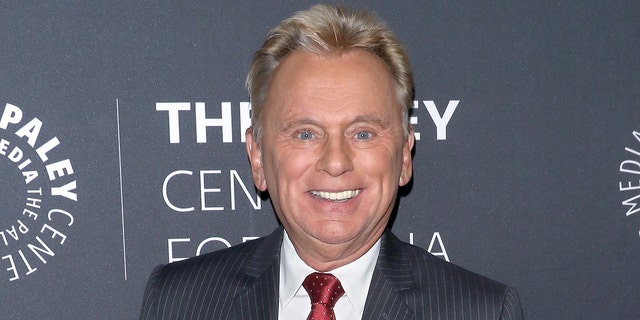 Pat Sajak said the answer to a ‘Wheel of Fortune’ puzzle out loud while a contestant was guessing. (Photo by Jim Spellman/WireImage)

The game show host was trying to keep things light during a February episode as he was introducing contestants. While doing so, Sajak spoke with contestant Chris Brimble. After explaining to the host what he does for a living, it became clear to viewers and the host that Brimble speaks with a slight lisp.

Sajak heard him out and even commented on the importance of his job, bringing technology to older adults. However, the host concluded the brief interview by saying “I thee” instead of “I see.”

While Brimble simply laughed the moment off, viewers were upset about the Sajak’s apparent mockery of the contestant’s speech impediment and voiced frustration on Twitter, calling the incident “appalling” and “offensive.”