Millie Bobby Brown is no stranger to life in the spotlight — she is an actor, after all — but this time, she’s making headlines for what TikTok star Hunter ‘Echo’ Ecimovic has said about her.

Summer 2021 has previously been a summer of love for Brown who has been spotted with Jake Bongiovi, the son of famous rocker Jon Bon Jovi, per Page Six. It appears they made their official debut on June 18 during a New York City stroll and he even carried her dog Winnie in a tote bag. If that’s not love, we don’t know what is. The pair continued to put their love on full display when Brown shared a photo of Bongiovi in her now-deleted Instagram Story (via Page Six) from July 10 writing, “happy weekend.” Adding photos of your supposed significant other on your social media feeds is a big step in a supposed budding romance. It appears this love has been brewing for some time, as Bongiovi shared a selfie of them on June 3 with the caption, “bff

Despite the good vibes between the rumored couple, Ecimovic is making bold claims about his own relationship with the star. According to the Daily Mail, Ecimovic spoke out during an Instagram Live on July 12, claiming he lived with a then-16-year-old Brown and her parents for eight months. He claimed that he “thought her mum and dad knew about everything.” Keep reading for more details — and for Brown’s response.

Millie Bobby Brown is not engaging "in public discourse" 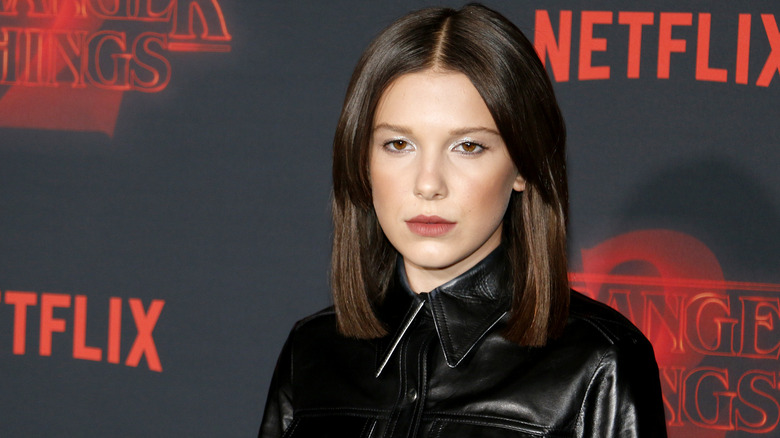 Millie Bobby Brown shut down rumors of a “sexual relationship” with TikTok star Hunter ‘Echo’ Ecimovic after he made outrageous claims about the actor and said he “groomed” her, according to the Daily Mail. As angry fans of Brown flooded his comments, Ecimovic did not apologize. “You guys don’t know anything. You guys are just following after one person saying one thing, like, everybody hates him so that everyone’s going to hate me,” he said. He emphasized that he has “zero things to apologize for.”

Brown’s representative was quick to speak out against his claims. “Mr. Ecimovic’s remarks on social media are not only dishonest, but also are irresponsible, offensive and hateful,” the representative said. “Instead of engaging in a public discourse with him through the press or on social media, we are taking action to ensure that he stops this behavior once and for all.”