Victoria Beckham’s BIG news… she’s now designing for plus-size women: Former Spice Girl launches line that goes all the way up to size 18 – almost a decade and a half after launching her fashion range 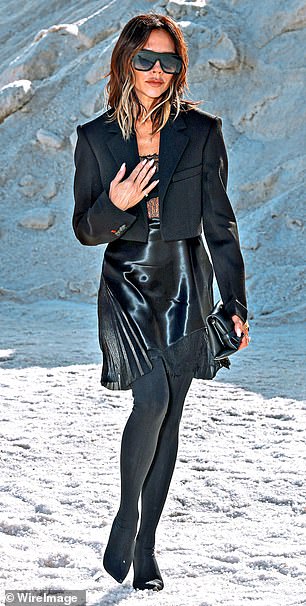 For years, Victoria Beckham has stood accused of designing clothes only for women (almost) as skinny as herself.

But now, almost a decade and a half after launching her fashion range, she has produced a line that goes all the way up to size 18.

The former Spice Girl has added a collection called VB Body to her embattled label, which has racked up losses running to tens of millions of pounds.

It includes 12 pieces for women sized between six and 18, and comes in a range of colours.

A source close to the label told The Mail on Sunday: ‘Finally Victoria has caught up. It’s great and she is extremely proud of her new collection.

‘There is a whole new customer out there to buy her products but let’s face it, it has taken her a while but at least she is changing things.’

The range, which is available to buy on Mrs Beckham’s website, features a fitted mini-dress priced at £490, a one-shoulder top at £350 and a £450 cropped cardigan among other items.

All styles are available in black, white, brown, blush, green and red-orange.

Mrs Beckham, 48 – who is a size six – surprised her fans last May by saying that she thought being skinny was out of fashion.

She said: ‘I think women today want to look healthy, and curvy. They want to have some boobs and a bum. It’s not about being a certain size. It’s about knowing who you are and being happy with who you are.’ 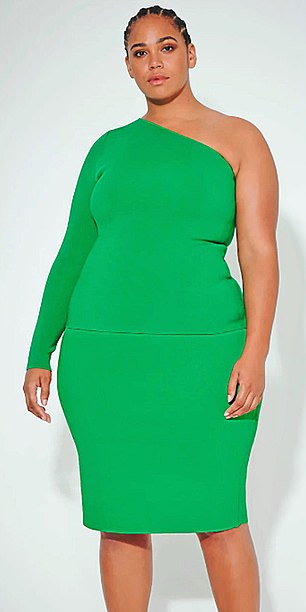 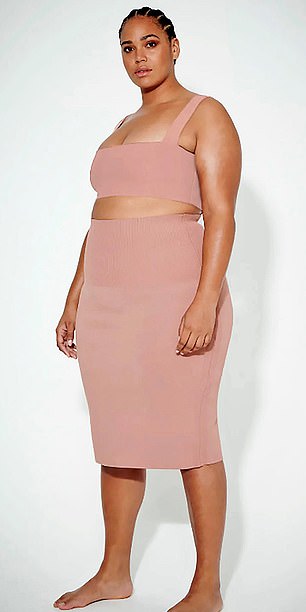 The range, which is available on Mrs Beckham’s website, features a one-shoulder top at £350 and a fitted skirt at £290, and goes up to size 18

Despite her change of stance, Mrs Beckham’s husband David revealed she has eaten the same food for the 25 years they have been together.

He said: ‘Since I’ve met Victoria, she only eats grilled fish and steamed vegetables. She’ll very rarely deviate away from there.’ 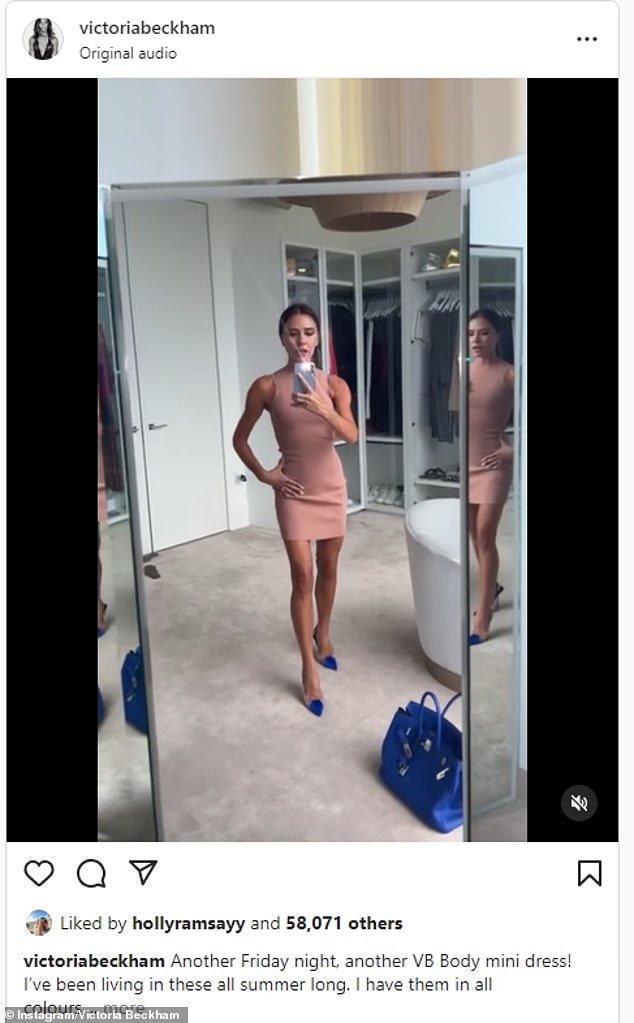 Mrs Beckham modelling one of her own designs from the VB Body range, a blush mini dress, in a video on her Instagram