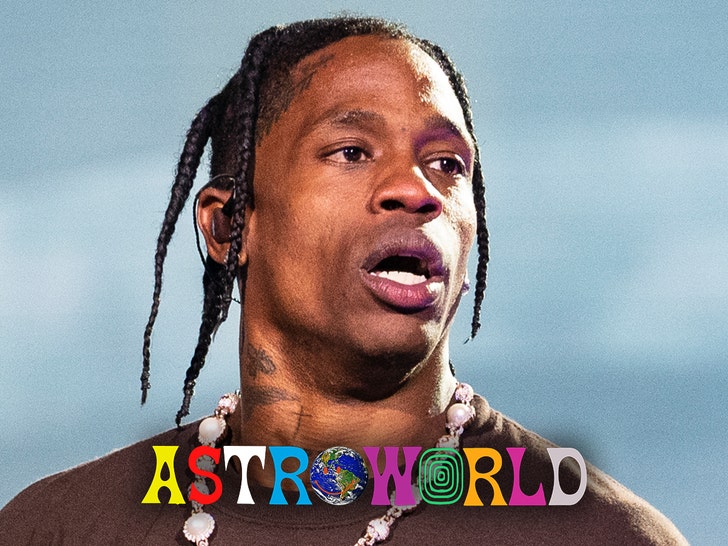 Travis Scott is stepping up to help the families of those who died at Astroworld Fest — offering to pay funeral costs — and extending even more help for those affected.

Travis just announced he’ll be fully covering any and all funeral costs that might come about for the families of the 8 people who passed away at the concert this weekend.

We’re told this is going to be coming from Travis’ own pocket, and that there’ll be no questions asked as it pertains to those 8 individuals and what their families might need to properly lay their loved ones to rest.

There’s more … Travis is also going to be partnering with BetterHelp — a network of mental health professionals — to offer mental health services, for free, to anyone who attended Astroworld Fest who may need to talk through their trauma.

The BetterHelp resources will amount to one-on-one virtual therapy sessions with trained, licensed professionals working with the org. On top of this, BetterHelp will also team up with the National Alliance of Mental Illness for people who may need more help than just virtual … and there’s going be a hotline set up to that end, which Travis is also overseeing.

Unclear how exactly Trav and co. will vet claims for the service, but we imagine it’s going to be a system that vets people … to make sure they were, in fact, in attendance Friday.

Of course, that may mean there are thousands of people who take him up on it — as there were countless folks in the crowd that night who might’ve been affected … and if that happens, it probably won’t be a cheap endeavor to ensure all those folks are cared for.

It’s certainly a nice gesture … and just one step of Travis trying to do right by his fans. Obviously, there’s a lot more that may have to be done — but at least he’s starting here.

As we reported … in addition to those who died, dozens more were injured to varying degrees and hospitalized — and some of those people have already started to file lawsuits against Travis and Live Nation.