After months of speculation about her marriage to Dean McDermott, Tori Spelling addressed the status of their union for the first time … and things could seemingly be better between the pair.

“What is really going on? You put the wedding ring on. Are things OK?” Lewis asked on SiriusXM’s Jeff Lewis Live. “Because I feel like the last time you were here things were good, you were having sex. Are you guys sleeping in the same bed?” 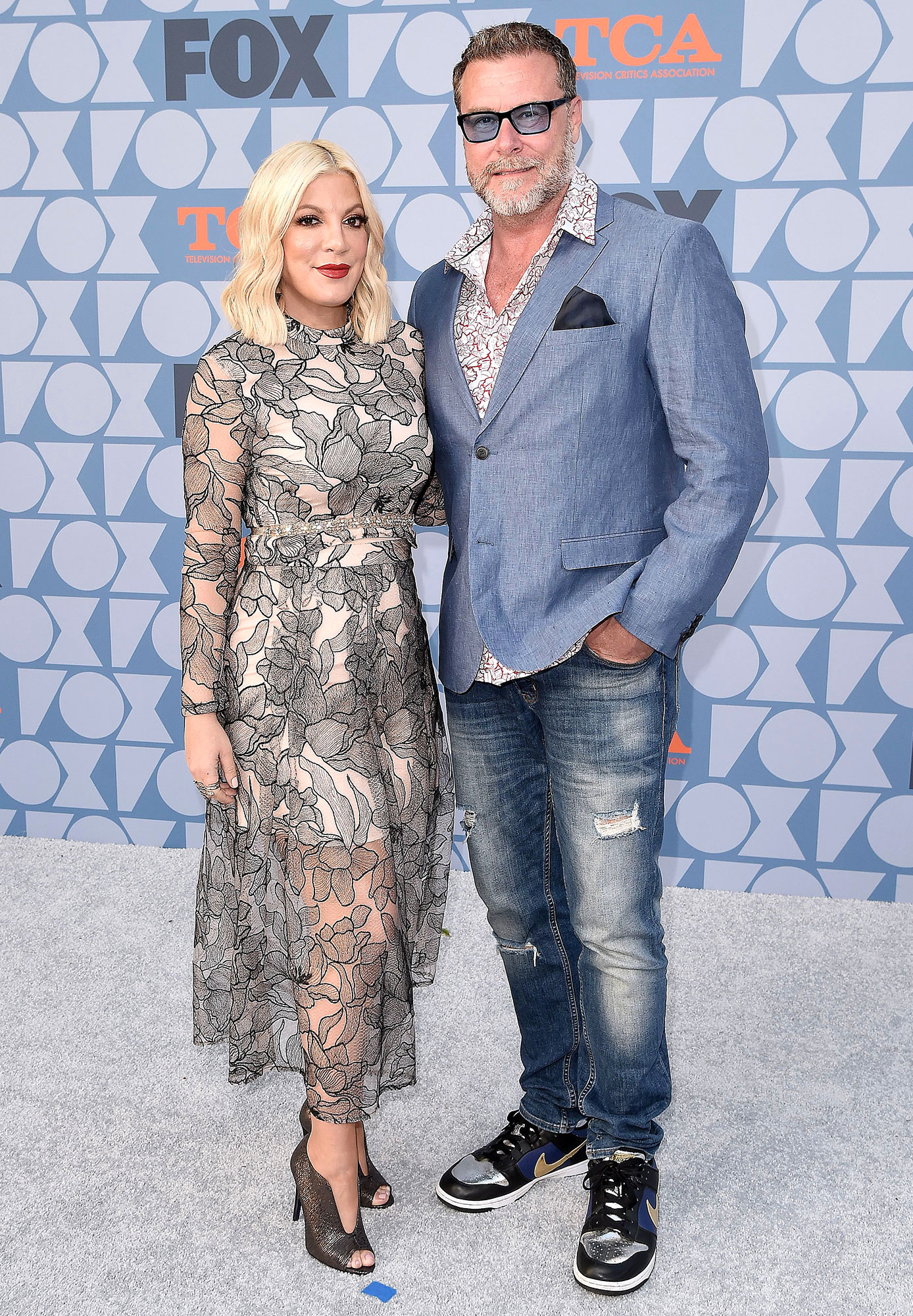 Spelling replied, “You know what? Right now, my kids and dogs sleep in my bed.” The actress subsequently clarified that McDermott, 54, sleeps “in a room” at their house after spending half of the year away filming a new project.

Celebrity Couples Who Stayed Together After Cheating Scandals

“Since he left — this is not good, you guys — but since he left [and] he was gone for six months filming in another country, they all stayed with me,” the actress said. “So I currently still have four in the bedroom with me who have yet to go back to their rooms, yes.” 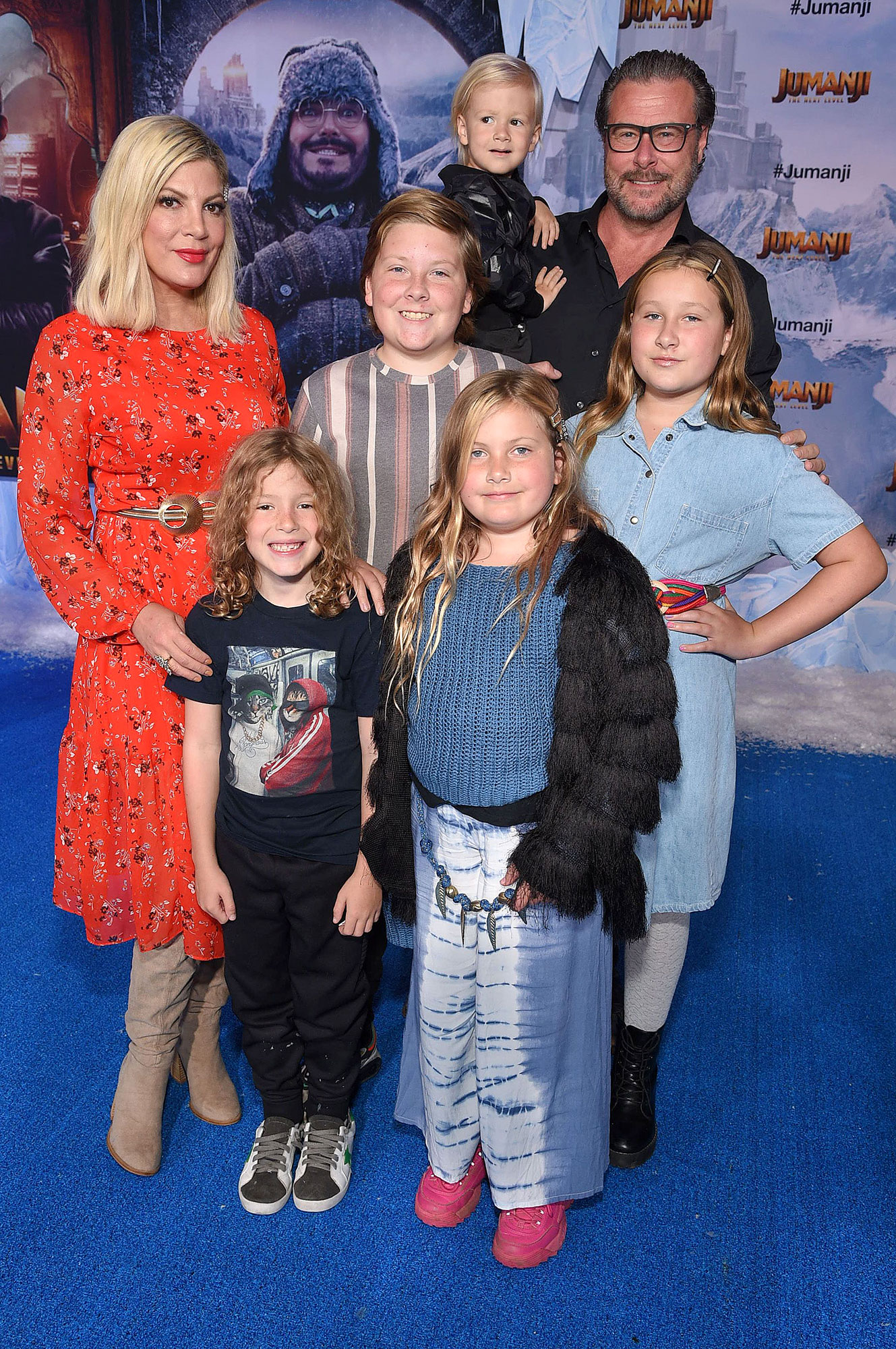 Spelling and McDermott, who wed in 2006, are the parents of sons Liam, 14, Finn, 8, and Beau, 4, and daughters Stella, 13, and Hattie, 9. In March, she made headlines for not wearing her ring during an outing with her kids. Several months earlier, fans began to question why she wasn’t posting photos with McDermott on Instagram and noticed he was absent from the photo shoot for their family Christmas card in December 2020.

Split speculation was fueled in May when the duo didn’t post about their 15th wedding anniversary. Spelling previously gushed about their relationship on their 14th anniversary in a since-deleted Instagram post.

“I can’t believe today is our 14 year anniversary. This pic of @imdeanmcdermott and I was taken just 6 months after we got married on May 7, 2006. I was preggers with our first babe Liam,” Spelling wrote in May 2020. “Now, 14 years later we have 5 beautiful kiddos together. Liam, Stella, Hattie, Finn, and Beau are true creations of our love and passion for each other. Beautiful blends of the two of us. And, I have my bonus son Jack who I love & adore!”

She went on to call McDermott, who shares his eldest son with ex Mary Jo Eustace, her “chosen human in this lifetime.”

Spelling added, “You are an amazing papa bear and I love that you always have my back no matter what! Thank you for loving me and I promise I am still fun! Life just gets stressful sometimes but thru it all we have each other.”

With the exception of Spelling holding a photo of McDermott in their Christmas card, the last sign of the actor on her Instagram account is her Father’s Day tribute in June 2020.