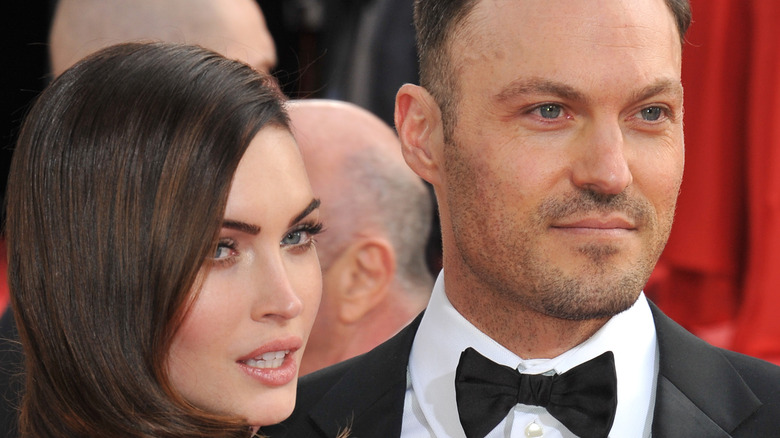 Megan Fox and Brian Austin Green are navigating their divorce just like many other celebrity couples. The pair, who wed back in June 2010 after years of dating (via Entertainment Tonight). The couple endured their share of ups and downs before officially deciding to end their 10-year marriage in 2020. Despite their split, Fox and Green have made it clear that their priority is their three sons, Noah Shannon, Bodhi Ransom, and Journey River. “We’ve had an amazing relationship. I will always love her. And I know she will always love me, and I know as far as a family, what we have built is really cool and really special,” Green said after announcing their split. He also added that the couple planned to “still do family vacations and holidays as a family and really make that a focus for the kids.”

Shortly after news of Fox and Green’s divorce hit the internet, the actress began dating rocker Machine Gun Kelly, whom she met on the set of the film “Midnight in the Switchgrass,” per Us Weekly. Meanwhile, Green later found love with “Dancing With The Stars” professional dancer Sharna Burgess (via Today). This week, Green gave an update on the status of his relationship with Fox following their split. 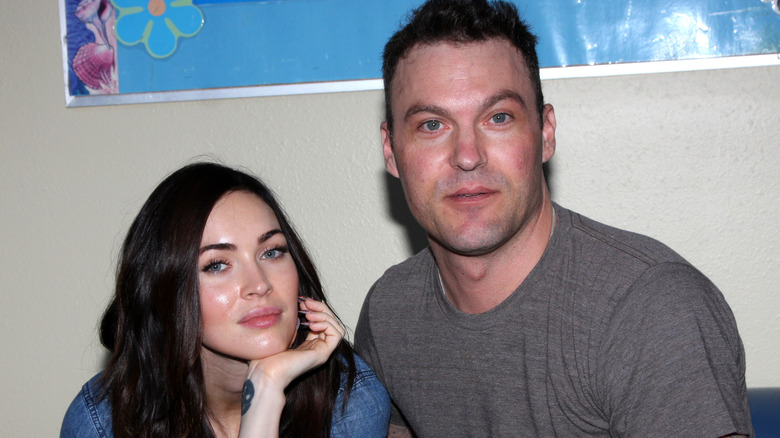 According to People Magazine, Brian Austin Green and Megan Fox sparked interest this week after the actress commented on a photo of her ex with his new girlfriend, Sharna Burgess. In the snap, Green and Burgess are seen kissing while enjoying some time at Walt Disney World’s Animal Kingdom. “It’s been a really long time since I’ve been with someone I can truly share life with,” Green captioned the Instagram photo, to which Burgess replied, “There’s no one else I could ever imagine sharing it with. I love you.” Later, Fox took to the comments section to write, “Grateful for Sharna,” which some fans took to be a petty jab of the couple. The comment was later deleted.

However, Green is now speaking out about the rumors, revealing that Fox was only being supportive and offering an update on the status of his relationship with his former wife. “For people that need or want clarification, Megan and I get along great,” the “Beverly Hills 90210” actor wrote on his Instagram story this week. “Neither of us are sending petty digs to each other. We both work really hard to get along and coparent well for our kids,” Green added, telling his fans to “stay safe and spread kindness and love.” It appears that there are no hard feelings or signs of drama between Green and Fox, and that both are happily moving on with their lives since filing for divorce back in November.