The Real Reason The Queen Is Missing The Royal Ascot

Things have no doubt been pretty different for Queen Elizabeth II in 2021. The royal family have barely left the headlines since January after what’s undoubtedly been a difficult few months for the British monarchy.

Prince Harry and Meghan Markle haven’t exactly done much to keep the family’s name out of the press after repeatedly speaking out against the former’s family in various interviews following their move to North America. The queen also lost her husband of more than 70 years on April 9 when Prince Philip died at Windsor Castle aged 99, which followed months of restrictions put in place by the coronavirus pandemic.

There’s also been plenty of good news for the queen though, including expanding the family with Harry and Meghan’s second child, a daughter named Lilibet, borrowing the queen’s nickname. 2021 has also seen the birth of two other great-grandchildren, Zara Tindall’s daughter in March and Princess Eugenie’s daughter in February.

Now there’s another big change for the queen though, as she’s changed up an annual tradition she’s only missed once before (via Daily Mail). It was revealed she wouldn’t be attending the opening day of the Royal Ascot — a horse racing event that takes place over five days, beginning on June 15.

Read on to find out why the 95-year-old is missing the prestigious gathering that’s usually a staple in her busy social calendar.

The queen watched the Royal Ascot from home 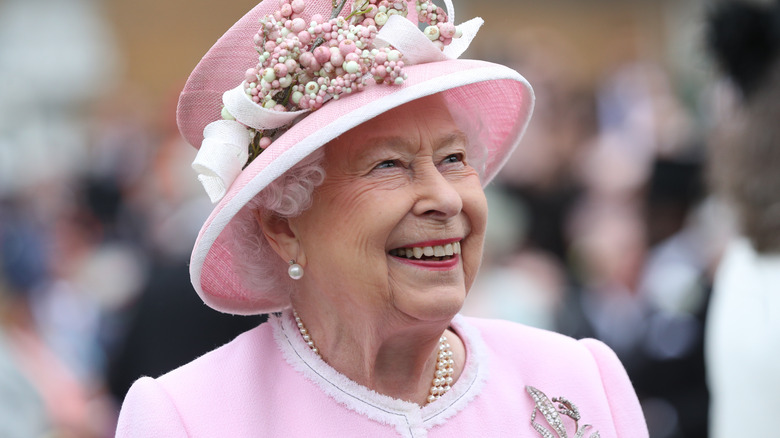 Queen Elizabeth II skipped out on the opening day royal procession at the Royal Ascot on June 15 — despite her usually attending — and instead opted to watch the horse race commence from her home of Windsor Castle (via Daily Mail).

Why? Well, it turns out the monarch had some other important business to attend to. Instead of heading to the Royal Ascot, the queen had a personal meeting with Scott Morrison, the prime minister of Australia, who visited her at Windsor Castle. The meeting came a few days after President Joe Biden and First Lady Dr. Jill Biden stopped by for tea while in the country for the G7 summit.

The queen’s Royal Ascot absence marks only the second time in 69 years that the queen has not attended, with her previous absence being in 2020 following the coronavirus outbreak that brought much of the globe to a standstill. It’s now known if COVID-19 safety protocols also played a part in her missing the event again this year, though it’s believed she could potentially still attend a race later in the week.

The queen was well-represented by her family though, as not all the royals stayed away from the opening day of the prestigious event. Her granddaughter, Zara Tindall and her husband, Mike Tindall were both in attendance, as was the queen’s son, Prince Edward, his wife, Sophie, Countess of Wessex, and the queen’s daughter, Princess Anne.