The 10 most popular Hallmark Christmas movies of all time 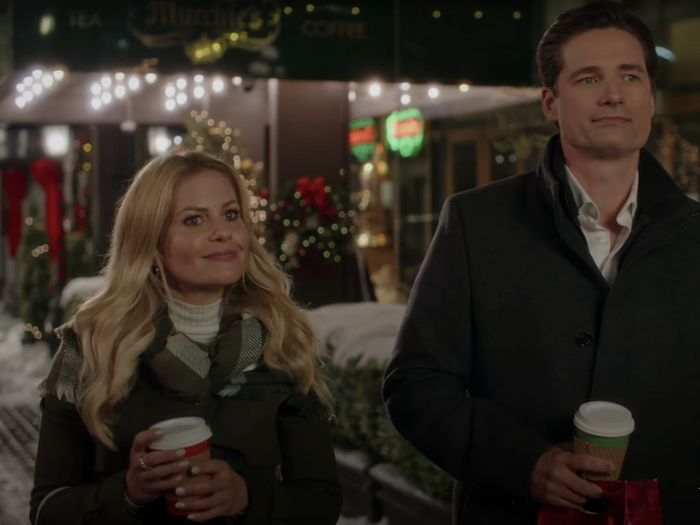 Throughout the years, Hallmark has produced countless original Christmas films that are set in small towns and centered around love, but there are some movies that have stood out more than others. This year, Hallmark shared with Insider the 10 Christmas movies that viewers love the most, based on household ratings.

Keep reading to find the holiday movies Hallmark viewers turn to every year.

The 10th most popular Hallmark movie is "My Christmas Love," which premiered in 2016. 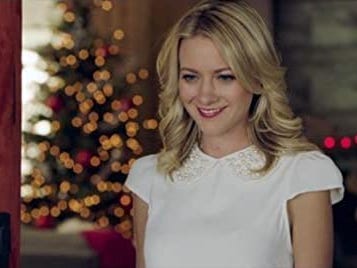 "My Christmas Love" follows one woman who describes herself as a hopeless romantic. One day, an anonymous suitor starts sending her the gifts from the "12 Days of Christmas" song — and she thinks he may be Mr. Right.

"Such a cute movie," one reviewer wrote on Rotten Tomatoes. "I really enjoyed it." 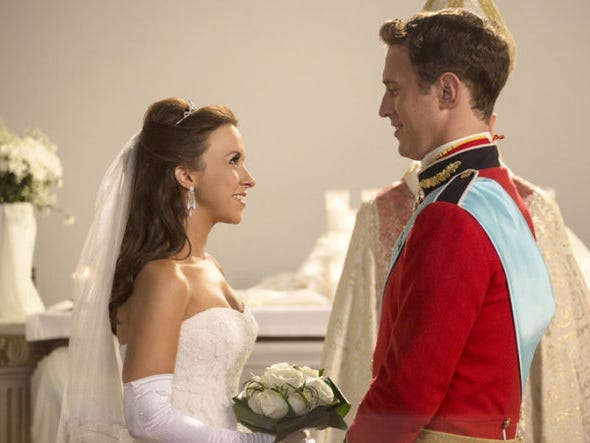 Chabert plays a seamstress from Philadelphia who falls in love with Prince Leopold, the heir to the throne of Cordinia. The queen is desperate to stop the relationship from moving forward during the holiday season.

"'A Royal Christmas' is one part 'Cinderella,' two parts 'The Princess Diaries,' a dash of Wills and Kate, and a pinch of 'win a trip to Downton Abbey,'" Allison Keene at The Hollywood Reporter wrote in 2014.

"The Christmas Cottage" from 2017 is also a favorite. 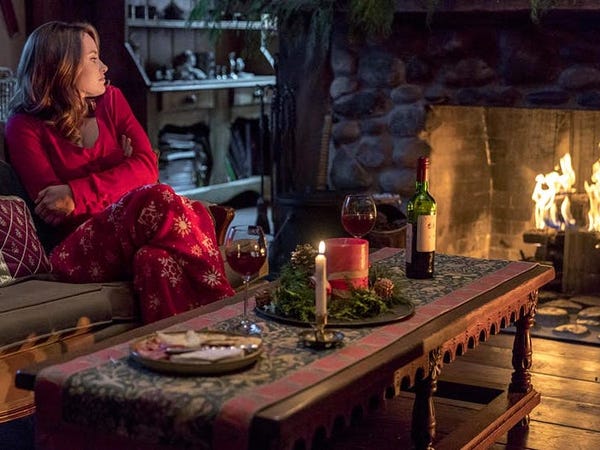 While decorating a cottage for her best friend and bride-to-be's arrival, a maid of honor gets trapped in the cabin with the bride's brother after a snowstorm. Quickly, the pair finds comfort in one another.

"If I Only Had Christmas" premiered this year, but it's already a favorite because it stars Hallmark royalty Candace Cameron Bure. 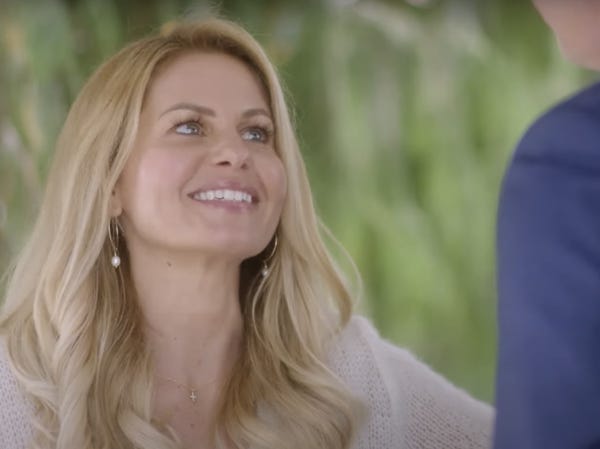 Bure stars as a Christmas-loving publicist who begins working with a Scrooge-like executive to help raise money for a charity.

"The important thing is they fall back in love – with all the business and work stuff fixed – and I get a Hallmark movie that may not be great and powerful, but was far better than I could've expected," Matt Mueller at OnMilwaukee wrote this year.

Cameron Bure's 2016 film "Journey Back to Christmas" is also one of the most popular Hallmark movies. 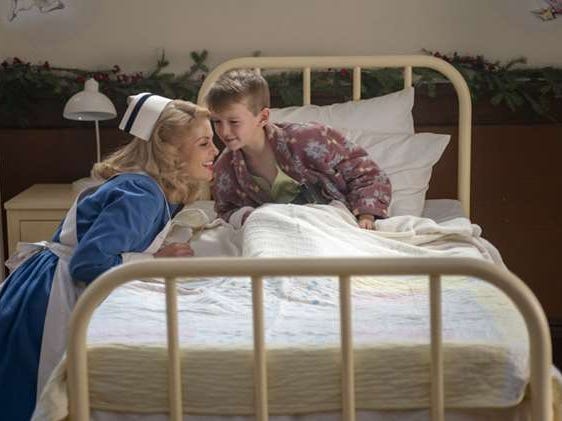 Bure plays Hanna, a World War II nurse who mysteriously travels to 2016. Once there, a policeman and his family take her in despite thinking she's a con artist. While attempting to prove she's from a different time, she helps heal the broken family.

"It's only when Hanna meets now elderly people from her time that the easily resolved film shows any sense of depth, adding a much-needed emotional tug to the largely underwhelming storyline," Sloan Freer at RadioTimes wrote.

Rounding out the top five is "The Christmas Card," which premiered in 2006. 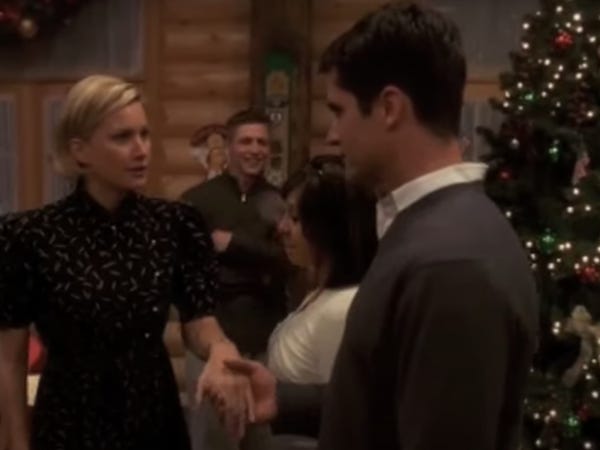 While at war in Afghanistan, a lonely soldier finds peace in a random letter sent from a stranger through a church program back in the US. During the holidays, he visits the town where the letter originated and finds the woman who wrote it. He quickly falls in love with her, even though she's already taken.

"This is a favorite of ours that we watch every year," one viewer wrote on Rotten Tomatoes. "It puts us in the Christmas spirit with its warmheartedness and good humor."

"Christmas at Graceland" from 2018 stars Kellie Pickler from "American Idol." 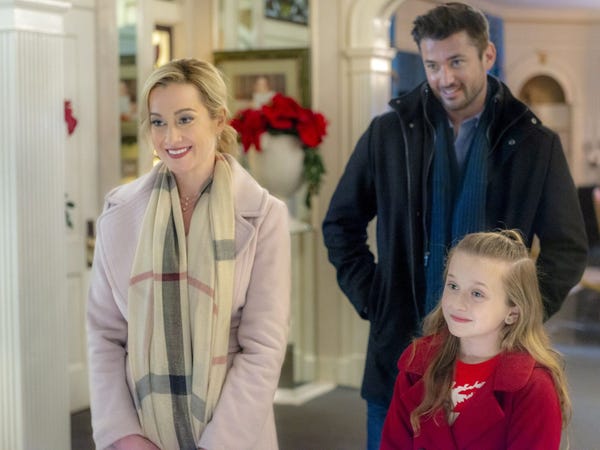 Pickler stars as a powerful executive who visits Memphis, Tennessee, to close a deal. While there, she runs into her old lover, Clay, who reminds her of the days they used to sing together.

"That's right; this isn't just a Hallmark holiday movie," Matt Mueller at OnMilwaukee wrote. "This is a country-fried Hallmark holiday movie. And much like a country-fried steak with extra gravy, 'Christmas at Graceland' is bad for you – but in the best, most delectable way possible. I laughed A LOT watching this movie – mostly not on purpose, but hey, that's still entertainment."

"The Christmas Train" from 2017 rounds out the top three films viewers love. 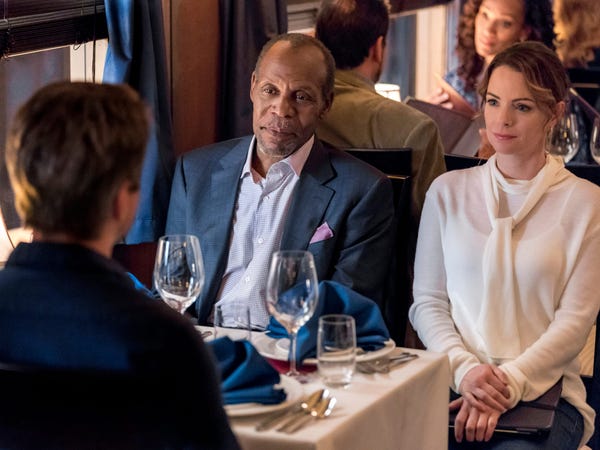 While on a train from Washington, DC, to Los Angeles during the holidays, a journalist (played by Dermot Mulroney) meets several passengers and an old lover (played by Kimberly Williams-Paisley).

"Train inaccuracies aside, 'The Christmas Train' is pleasant enough pabulum for viewers who seek comfort viewing," Rob Owen at the Pittsburgh-Post Gazette wrote in 2017.

The second most popular Hallmark holiday movie is "Switched for Christmas" from 2017. It stars (two) Cameron Bures. 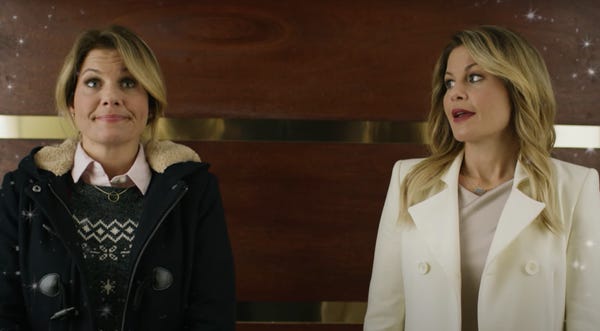 A year after their mother dies, estranged twin sisters (both played by Cameron Bure) meet for lunch and swap lives for Christmas Day. In their new roles, they find a new appreciation for their normal lives.

On Rotten Tomatoes, the movie had a 64% audience score as of December 2020.

"Christmas Under Wraps," which also stars Cameron Bure, is the most popular holiday movie on Hallmark. 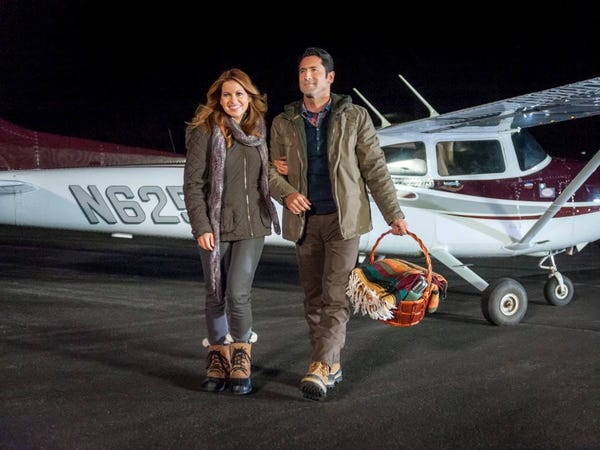 In this 2014 film, Bure plays a doctor who decides to move to Alaska after she doesn't get the position she wanted. In the small, remote town, she finds love and a new way of life during the holiday season.

"Pretty corny, but cute all the same," Erin C. wrote on Rotten Tomatoes.

Even The New York Times named it among the best Christmas TV movies of the year.