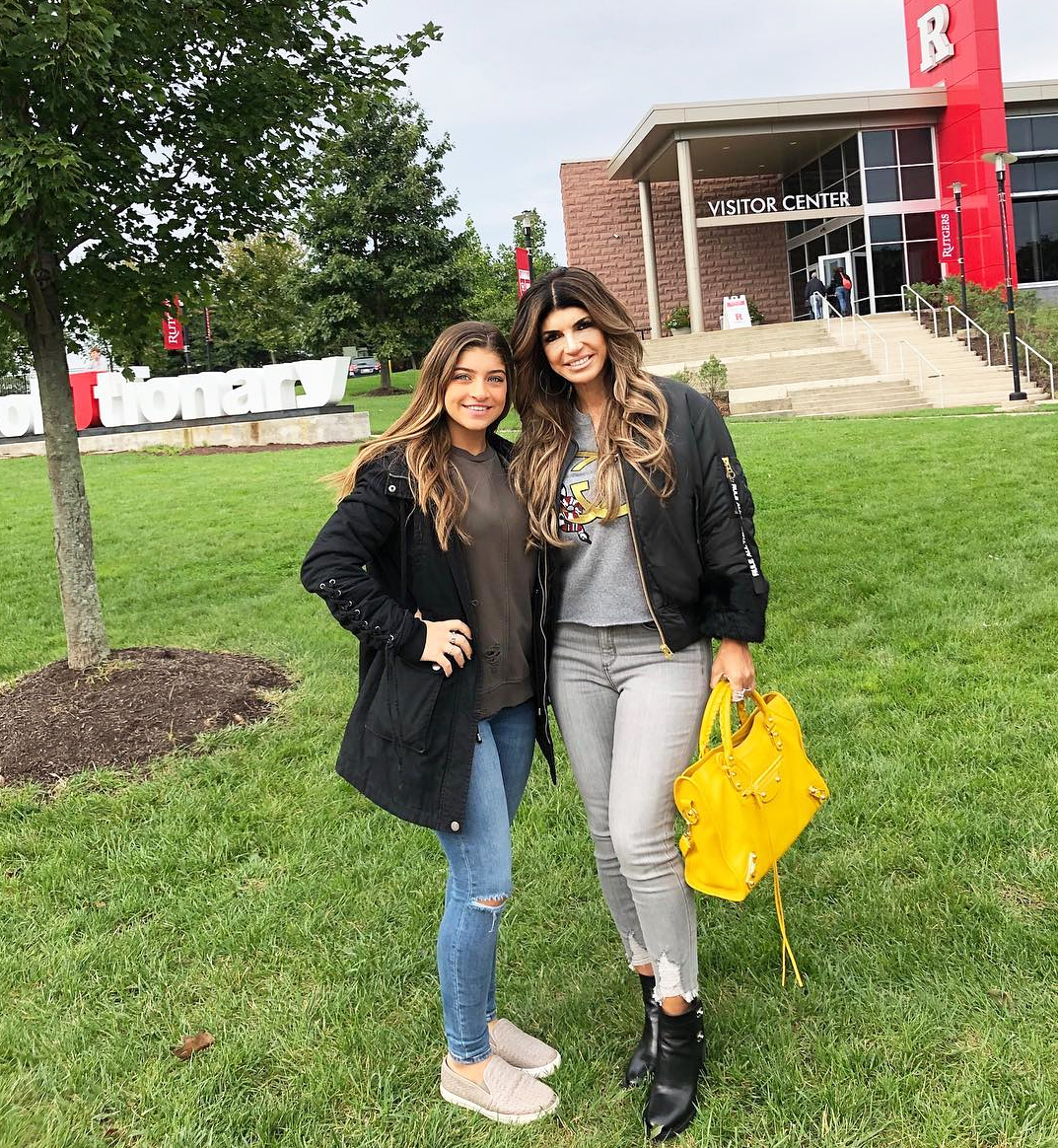 Staying strong. Teresa Giudice stepped out in New Jersey on Monday, October 15, after news broke that her husband, Joe Giudice, is set to be deported to his native Italy.

The Real Housewives of New Jersey star, 46, was all smiles while visiting Rutgers University with her 17-year-old daughter, Gia. “Taking it one day at a time, with my beautiful Gia checking out @rutgersu,” she captioned a photo on Instagram.

Joe is currently serving his 41-month sentence for mail, wire and bankruptcy fraud at a correctional facility in Allenwood, Pennsylvania. On Wednesday, October 10, a judge ordered that he must deport to Italy following his stint in jail, which he started to serve in March 2016. The 46-year-old, who appeared via teleconference on Wednesday, was surprised by the decision, per Radar Online.

“I don’t understand how I can be deported on this case. If you will, I’ll tell you my side,” he told the judge. “I shouldn’t even be here right now. I have to go back and tell my kids this, and they’ve been waiting to hear from me.” (Teresa and Joe are also parents of Gabriella, 14, Milania, 12, and Audriana, 9.)

An insider told Us exclusively that Joe “isn’t going to go down without fight and is going to appeal the decision.”

“This isn’t over, not by a long shot,” the insider noted. He can file an appeal by November 9. An immigration lawyer, however, told Us that he does not think “Joe can win in appeals court.”

“A person who is convicted of fraud like this and an aggravated felony conviction is very hard to get around. Maybe there will be some nuance in the statute of the conviction, but it is unlikely,” New Jersey immigration attorney Edward Shulman, Esq. of The Shulman Law Group, who doesn’t represent Joe, told Us exclusively. Shulman also noted that Joe “will not be allowed back into the country, not even for a vacation.”

The couple’s attorney, James J. Leonard, “respectfully” declined to comment after Us reached out about the situation.

Teresa, who completed her 11-month sentence in prison for fraud in December 2015, shared a photo of the Statue of Liberty crying on Instagram on Sunday, October 14. A second insider told Us that “everyone is shocked” by the situation, including the Bravo star, who “thought that they would make an exception for Joe since he has been in this country for so long.”

“Teresa never talks about Joe’s deportation to her friends,” the second insider continued. “She doesn’t like to bring up their legal problems very often, but Joe being deported to Italy is very high up on her ‘never discuss’ list.”