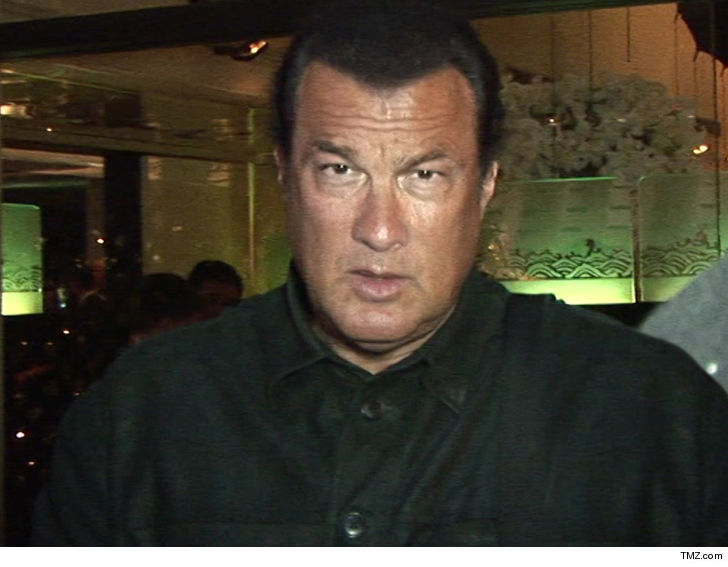 Steven Seagal won’t be charged for allegedly sexually assaulting a woman in 2002.

According to legal docs — obtained by TMZ — the actor was accused of sexually assaulting the woman at some point between May 1, 2002 and August 31, 2002. Full details of the allegation were not included in the filing.

As for why Seagal won’t be charged … the Los Angeles County District Attorney’s Office says the statute of limitations has expired.

You’ll remember, Steven walked out of an interview with BBC Newsnight in October after a reporter brought up the allegations.

Seagal was also accused of raping a woman back in the ’90s — a case that was also well beyond the statute of limitations — and Portia de Rossi claimed Seagal sat her down on a couch during a casting for one of his films and unzipped his pants, so she fled the room.

Seagal has adamantly denied all claims.