The son of the late TV star and wildlife expert Steve Irwin has shared heart-stopping footage in which he narrowly escapes the jaws of a crocodile.

In the terrifying clip, Robert Irwin, 18, can be seen fleeing for his life from a 13ft-long croc as it lunges at him.

The teen attempts to feed Australia Zoo’s 55 stone ‘white’ croc, Casper, on the finale of Crikey! It’s The Irwins.

The son of the much-loved ‘Crocodile Hunter’ Steve told his fellow zookeepers to ‘bail’ when the rare saltie lunged at him.

Robert was testing whether the croc was comfortable enough to be featured in shows at the famous zoo in Queensland.

But it went a little unexpectedly, as Casper neglected the food on offer and jumped at Robert instead while he shouted ‘bail, bail, bail!’ before darting in the other direction. 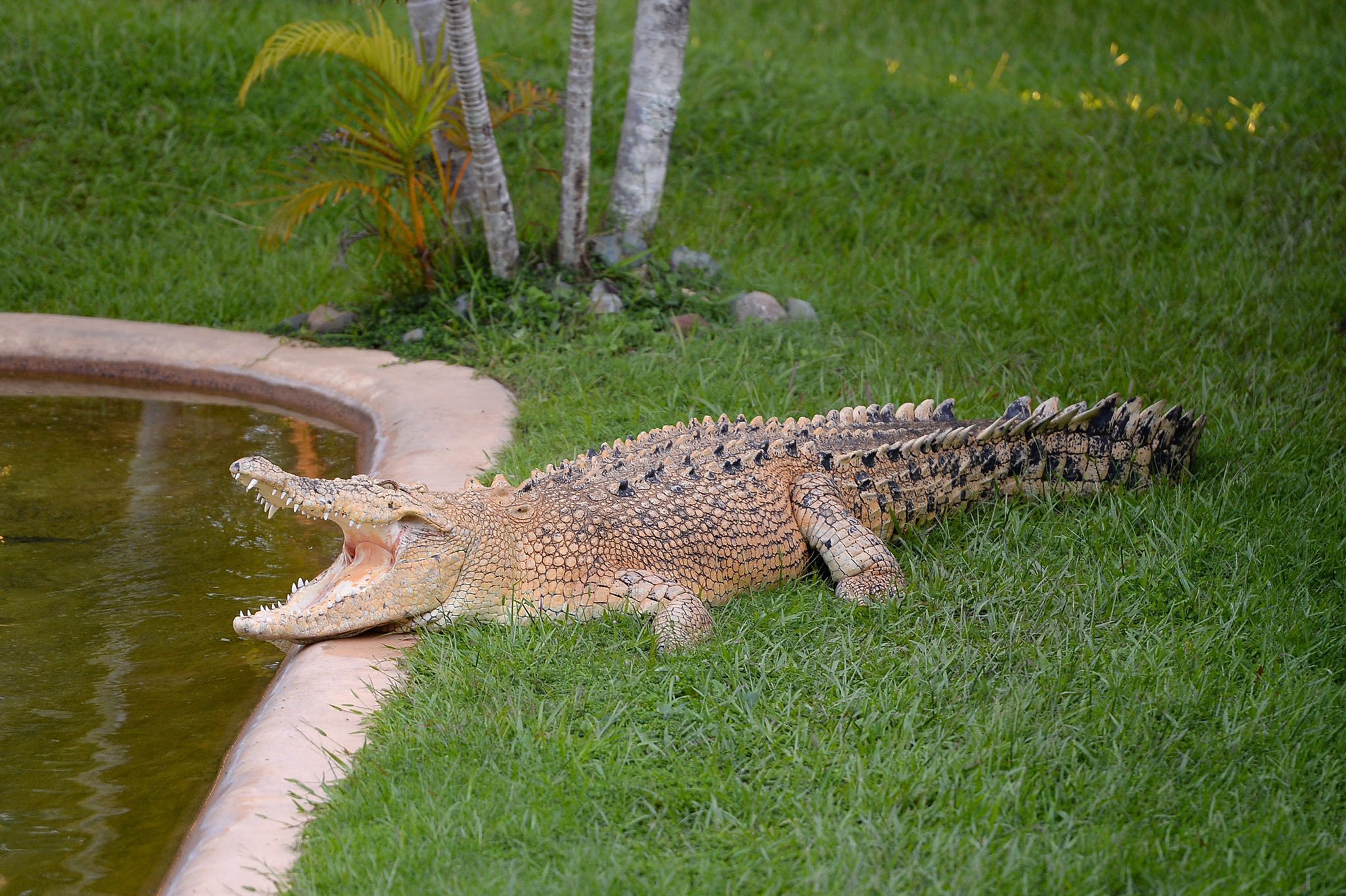 Taking to Instagram and sharing the terrifying footage, he wrote: ‘Most intense croc feed I’ve done.’

He added: ‘We prioritise natural behaviour with our crocs. By getting in their enclosures with them, and letting them put on those huge strikes from the water’s edge, they get to use all of their predatory instincts and they just love it!

‘But safety for us is also crucial and you definitely have to know when to call it. And with such a powerful and quick croc like Casper we had no choice but to bail!

Steve himself rescued the Casper, a leucistic saltwater crocodile, from the area of Australia known as the Kimberleys in WA in 2002.

Leucistic means the crocodile lacks melanin pigment, with approximately one in 10,000 animals having the condition.

At the time of his rescue, Steve wrote an article for International Crocodile Rescue in which he said: ‘His aggression was astounding and it sure made top jaw-roping him exciting, but unfortunately just as I predicted he bit the pool pole off and it was caught in his mouth under the ropes!

‘Now we had to come up with a name for the most spectacular-looking crocodile we’d ever seen. It was easy – Casper; although he’s still not even remotely friendly like his ghostly namesake.

‘We absolutely love our big boy Casper. He’s nearly 12ft long and to this day remains very, very aggressive – Mate, he is a snappy croc reduction in dark skin pigment and appears lighter in colour to other crocs.

In 2006, Steve died aged 44 after being pierced in the chest by a short-tail stingray.

On Saturday, Robert had a far less traumatic time as he went for a walk with his niece and his brother-in-law Chandler Powell, his sister Bindi’s husband.

Captioning the image, she wrote: ‘Every evening we enjoy a family walk through the @australiazoo gardens. It’s my favourite time of the day, unwinding together.’

Robert is the youngest child of the late TV wildlife icon, who was also the father of Bindi, now 23.