The ‘Gin and Juice’ rapper was seen loosening up for the iconic Super Bowl LVI halftime show with a little pot.

Snoop Dogg is almost as well-known for his fondness for marijuana as he is for his music. Therefore, it’s no surprise that the 50-year-old rapper indulged in a bit of the devil’s lettuce before kicking off his performance at the halftime show during Super Bowl LVI. Before taking the stage to perform alongside Dr. Dre, Eminem, Mary J. Blige, Kendrick Lamar, 50 Cent, and Anderson Paak, Snoop was seen taking a hit of a joint.

While the rapper was gearing up to take the stage with Dre to kick off the show with the rapper’s 2001 cut “The Next Episode,” broadcaster Rafa El Alcalde posted the clip of Snoop “warming up” behind the scenes. He looked like he was mostly sheltered from the public view inside one of the house structures onstage, but a camera caught him blazing up before hitting the stage. Of course, taking the small toke didn’t seem to hamper The Doggfather superstar’s performance one bit, as he jumped onstage to coolly rap alongside his fellow rap icons. He even busted a few moves while Dre was performing his verse from “California Love.”

Throughout the show, Snoop dropped bars on the classic tracks “The Next Episode”, the 2Pac cut “California Love” and Dre’s classic “Still D.R.E.” Throughout the show, he sported Los Angeles Rams colors with a bright blue sweatsuit along with a yellow design. His wife Shante Broadus also sported a matching outfit while cheering on her husband at the big game. 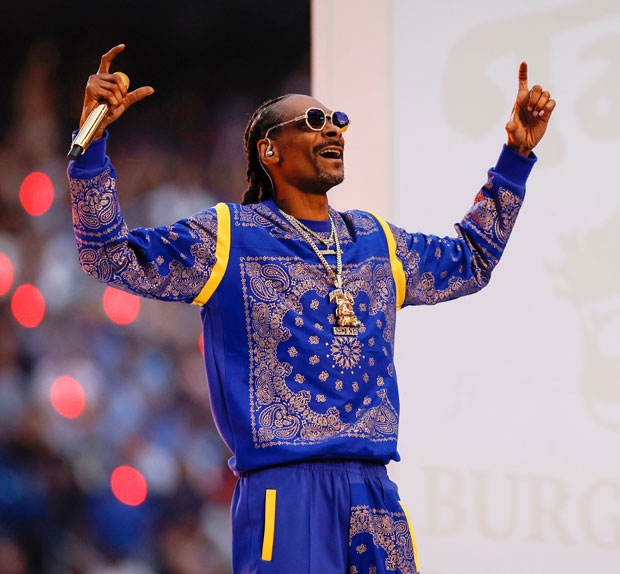 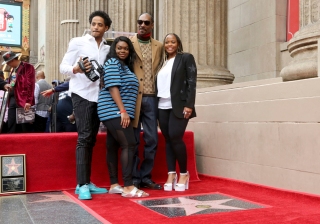 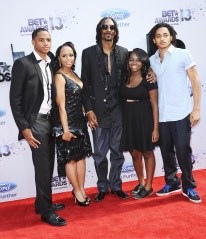 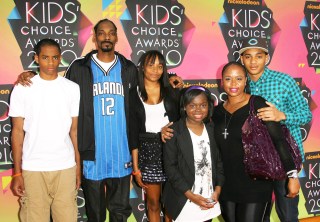 The “Nuthin’ But A G Thang” rapper smoking aside, the Super Bowl performance was totally epic, complete with surprise appearances by 50 Cent (rapping his classic “In Da Club”), and Anderson Paak, unexpectedly showing up to play drums during Eminem’s amazing performance of his signature hit “Lose Yourself.” Speaking of Slim Shady, the rapper also incorporated a perfect tribute to Colin Kaepernick by kneeling after he finished performing his song, and Dre hammered out a piano version of the 2pac song “I Ain’t Mad At Cha.”