Dutch denim brand G-Star RAW is teaming up with Snoop Dogg for their latest campaign — inspired by the rapper’s laidback style, sense of humor and “backside appreciation.”

G-Star unveiled their “Say It Witcha Booty” campaign with Snoop Dogg today. The rapper appears in a series of photos for the brand — sporting their latest collection, natch — and also recorded a custom version of his track, “Say It Witcha Booty.” The tongue-in-cheek campaign helps to launch G-Star’s new “hardcore denim” collection of jeans, apparel and accessories, with the collaboration brought to life by a video that is celebrates “denim booties” in all forms, featuring men, women, islands, hot air balloons and yes…even dogs (er.. doggs?).

RS Recommends: This GoPro Deal Gets You Their All-New 5K Action Camera for $50 Off

G-Star RAW says Snoop was the perfect partner to collaborate with, with the brand’s CMO Gwenda Van Vliet calling him a “true original.” Van Vliet says the brand wanted to work with Snoop as he “is always staying ahead, reinventing himself and he dares to cross genres. Bringing different worlds together is something that is true to us, and to Snoop.”

G-Star first approached Snoop for the campaign six months ago, with Covid restrictions forcing the Amsterdam-based brand to shoot much of the content remotely (“It’s honestly amazing what we have pulled off with both teams in such a short time,” Van Vliet tells Rolling Stone).

While the rapper didn’t work directly in designing the collection, G-Star says his paw prints were all over the final designs and campaign. “We have been drawing inspiration from Snoop’s unique sense of style and the G-Star archives, fusing craftsmanship and street level edge,” Van Vliet explains, highlighting pieces that merge the stark utilitarianism of G-Star’s European roots, with the individualism and free-spirited aesthetic of California culture.

The design team also worked on a custom look for Snoop — a short-sleeved shirt inspired by a Nineties NATO cold-weather aircrew suit and made from premium Japanese denim. The shirt is paired in the campaign with the brand’s Pilot 3D Slim jeans, an innovative design based on vintage army air force pants. 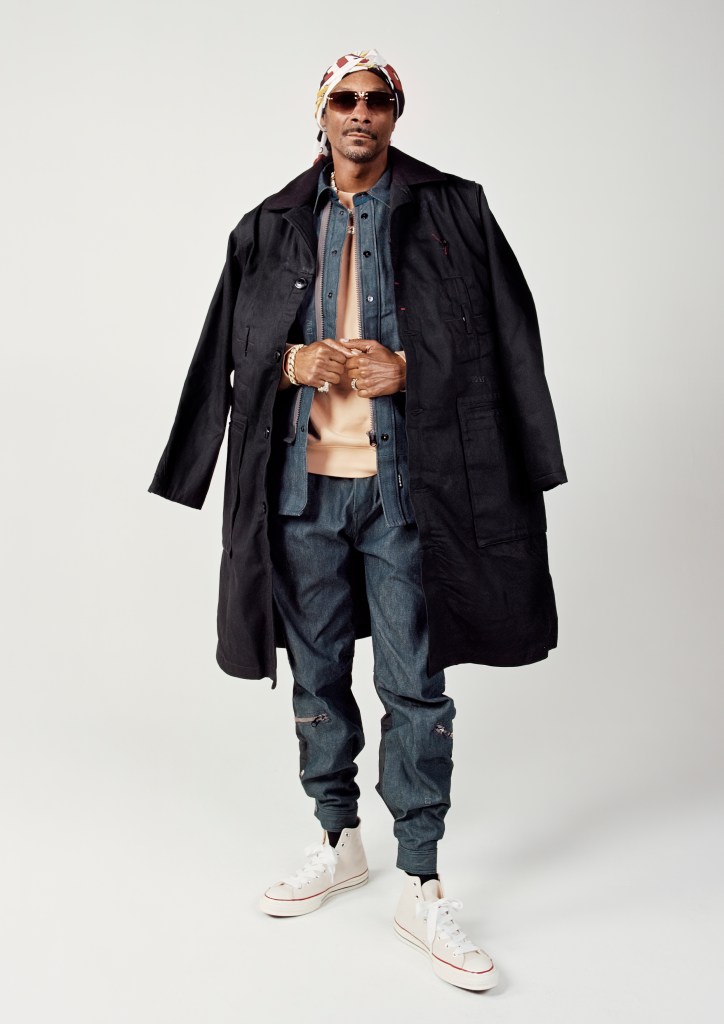 The starting point for the creative concepts, meantime, was Snoop’s single, “Say it Witcha Booty,” which quickly became the official soundtrack of the campaign. “We have been pushing our brand message, around the perfect denim fit for a while – and the match with this track is a match made in heaven,” Van Vliet says.

The rapper re-recorded the track for the campaign, and also played a role in the decision-making process for the final photos and video. “Snoop was very much involved in the creative and outspoken about what he likes and what he doesn’t,” Van Vliet says. 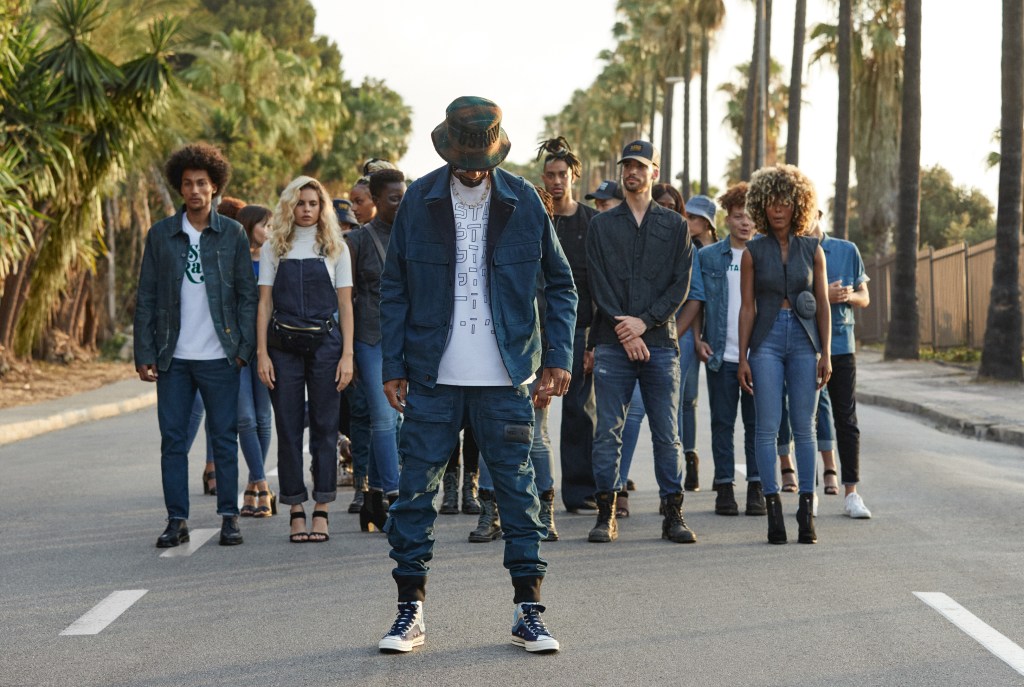 While Snoop has fronted campaigns for everything from lighters to gin, this is the first major fashion campaign that the rapper has appeared in. For his part, Snoop says it was a no-brainer to team up with G-Star RAW, having been a fan of the brand and wearing their clothes for years. “I’m teaming up with G-Star, because we are both pushing the field, staying ahead, cutting the edge,” he says. “We are both masters of our craft – leading the game. You know what I’m saying? We look ahead.”

Van Vliet’s philosophy on the campaign is even simpler: “Snoop is iconic, but he is also accessible, just like denim,” she says. “I believe [the campaign] also proves how two big brands can do cool stuff, with a lot of respect for different backgrounds, by bringing worlds together in a creative and lighthearted way.”

The G-Star RAW “Say it Witcha Booty” campaign in collaboration with Snoop Dogg is out now. Pricing for the unisex collection starts at $45 for a T-shirt, while sizing ranges from XS to XXL. Shop the collection and see more images and videos with Snoop at g-star.com.