Seth Rogen is set to appear in the Pamela Anderson and Tommy Lee biopic film as Rand Gauthier, the man who stole the couple’s infamous sex tape.

Seth Rogen, 39, looked straight out of the ’90s in these photos! The Canadian actor is set to appear as Rand Gauthier in the Hulu series Pam & Tommy about the iconic romance between Tommy Lee, 58, and Pamela Anderson, 53. As part of his transformation, Seth sported a throwback curly mullet for the role along with a vintage pair of jeans and a baby blue v-neck t-shirt while on-set in Los Angeles on Friday, April 30 — see the photos via Daily Mail here. 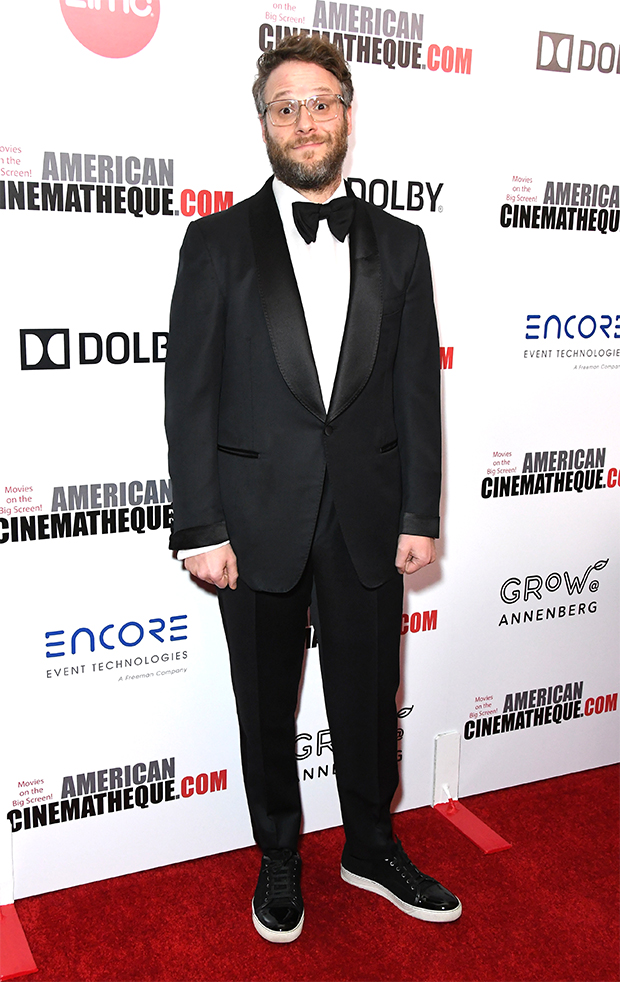 The rockstar said Rand “must have removed the safe [containing the tape] with a crane.” For her part, Pamela has said that the video was “not a sex tape” but “a compilation of vacations that we were naked on” to Andy Cohen on Watch What Happens Live. 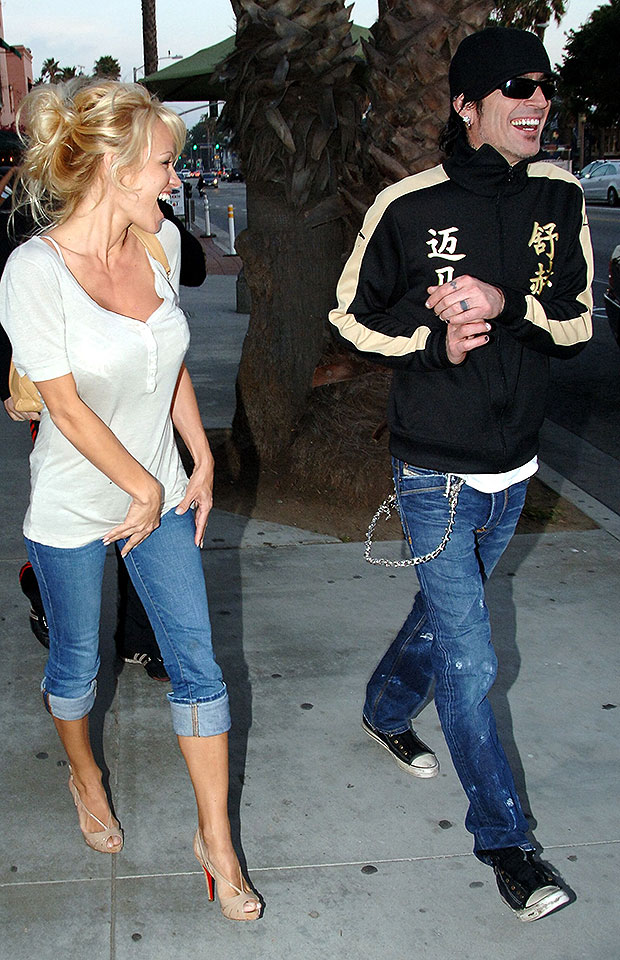 The Vancouver native’s Rand wardrobe also included a tortoiseshell pair of sunglasses, and a chunky pair of white sneakers (both of which just happen to be back in style). He also sported an old school black digital watch on his left wrist. At one point, a hairdresser came over to tend to the mullet — a drastic transformation from Seth’s usual look — and in another, he appeared to be smoking marijuana likely from his new line. Notably, Seth’s Point Grey Productions is producing the Hulu project.

Lily James, 32, will be starring as Pamela in the series, while Gossip Girl alum Sebastian Stan, 38, will be playing the Motley Cruë rocker. The eight-episode miniseries was announced in December, will detail Pam and Tommy’s whirlwind romance — beginning with their beach marriage after just 96 hours in 1995 and births of their kids Brandon Thomas Lee, 24, and Dylan Jagger Lee, 23. The scandal around the tape leak and the legal battle that followed will be a central part of the story.