All aboard the Ryan Reynolds express. The ‘Deadpool’ star gave his eldest daughter, James, a lift while they were out and about in New York City.

Manhattan has plenty of spectacular views. East River Park offers serene and scenic sights near the water. Head to the top of Fort Tryon Park in Washington Heights, and it feels like you can see all the way to the Bronx. However, for James Reynolds, the best view on Monday (Apr. 19) was on top of her daddy’s shoulders. The six-year-old daughter of Ryan Reynolds and Blake Lively rode atop Ryan, 44, as the Van Wilder alum went for a stroll. James sported a pair of kitty cat ears, while Ryan opted for a more conventional look. He sported a green coat, a light orange-brown button-down shirt, and a pair of comfy-looking pants. 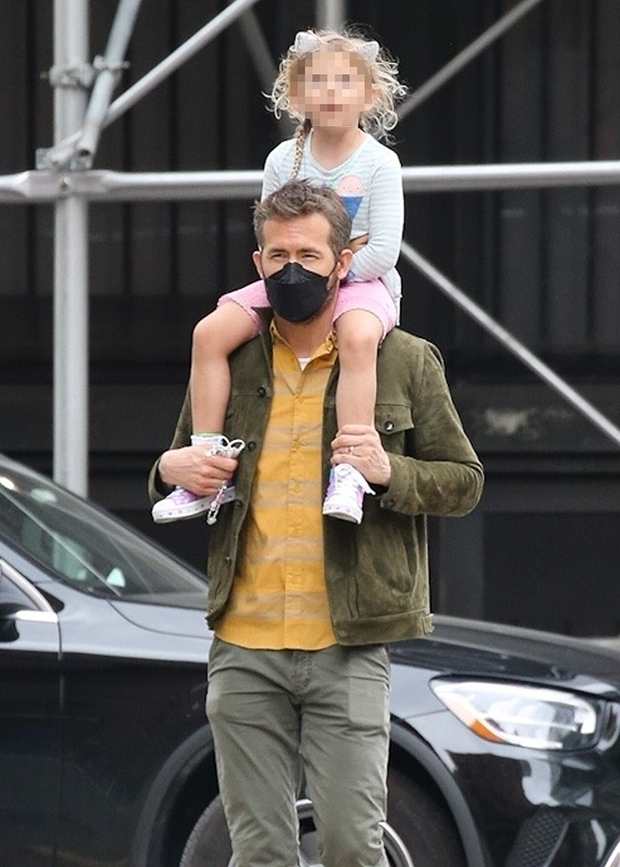 It’s not every day that Ryan is spotted out and about with his daughters. This isn’t to say that Ryan and Blake, 33, aren’t proud of their kids – quite the opposite. “I love being a girl dad,” Ryan said during a November 2020 interview with Access Hollywood. Ryan shared that he has three older brothers, so being “the youngest of four boys,” he never expected to be the father of three girls – James, Inez, 4, and the newborn Betty. Being a girl dad has “just been such a ride,” said Ryan, “and I love every second of it.” 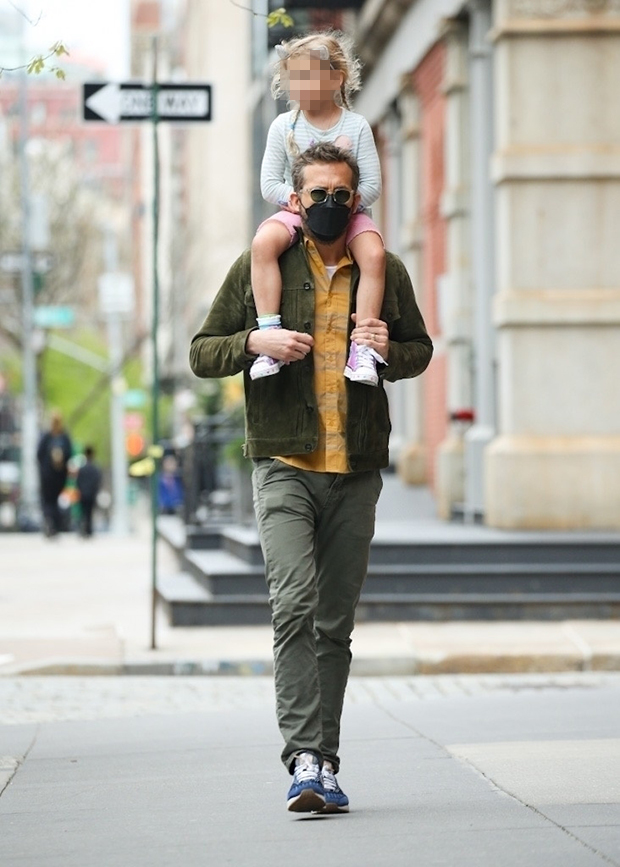 “No joke, [my daughters are] like the most capable people I know,” he added. “If anything got crazy or scary in my life, they’re the first people I would lean on because they have wisdom and strength, and they’re calm under fire. They have courage under fire.”

During the interview, Ryan also shared that one way that he and Blake find success with parenting is that they “try to be as present as possible.” Whenever one star has to shoot a movie, they “travel all over the place, and we just all go together.” This ensures that the family spends a lot of time together, and no one parent is left with the burden of raising three girls by themselves.

However, that “you go where I go” bond didn’t hold up the day Brad Pitt stopped by to film his cameo for Deadpool 2, it seems. When the @Cinephile.club Instagram page shared some trivia about the film (“Brad Pitt wanted [Ryan] to bring a cup of coffee for him as his fee for doing a cameo in Deadpool 2”), Blake chimed in, commenting, “Weird…My husband didn’t invite me to set that day.” Uh-oh. You don’t need to be on top of Ryan’s shoulders to see that he’s in some trouble now!