Ryan Reynolds and Rob McElhenney film their own ‘life-saving’ colonoscopies 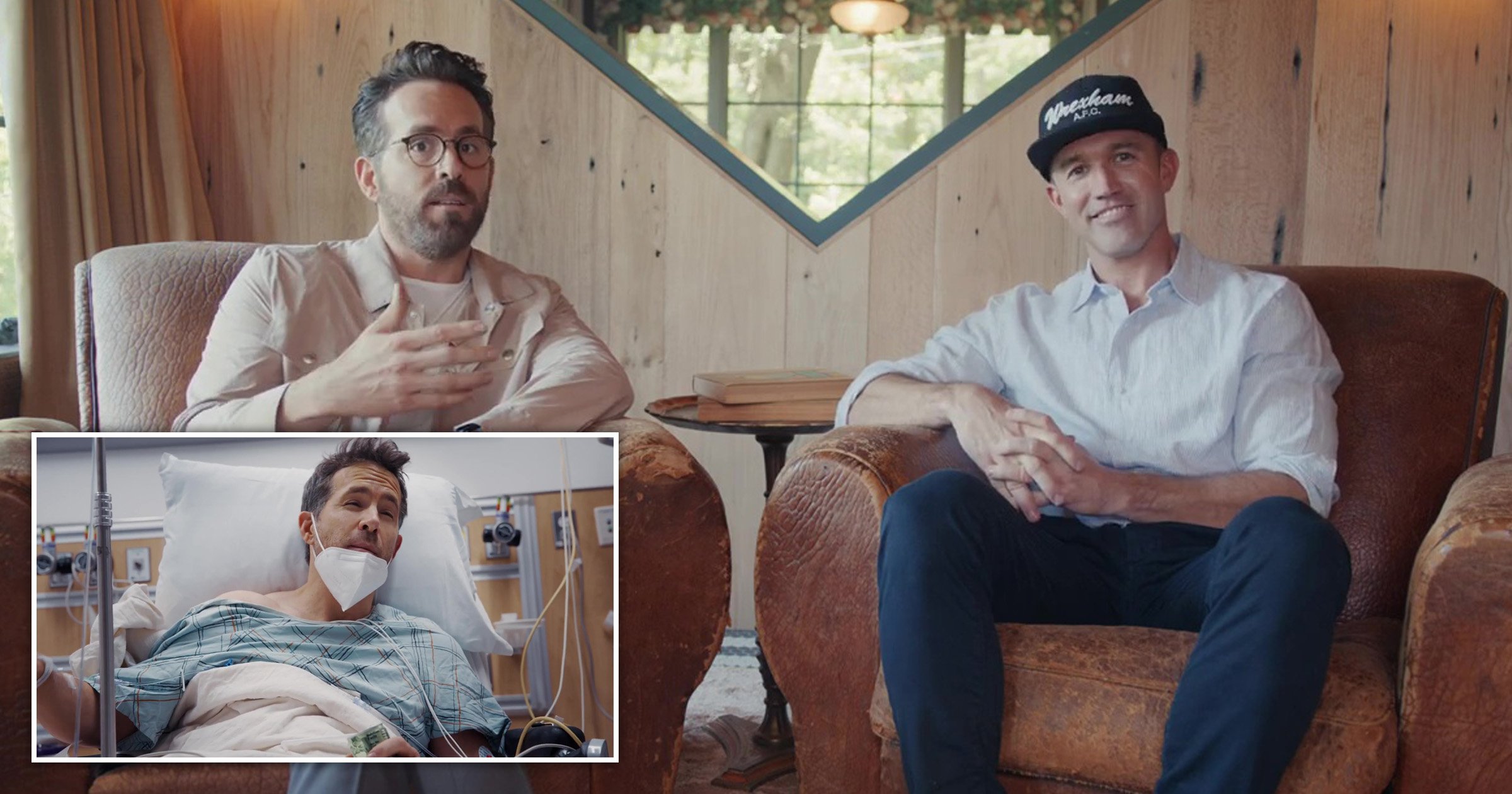 Ryan Reynolds and Rob McElhenney have filmed their own colonoscopies in order to encourage others to get the life-saving checks done.

The actors, who are co-chairmen of Wrexham FC, made a bet between themselves that if Rob could learn some Welsh, Ryan would film himself undergoing the routine colonoscopy as the pair have both turned 45, the recommended age to start having the checks.

The pair, who teamed up with Lead From Behind, an organisation raising awareness of colon cancer in a bid to ‘kick it’s a**’ by preventing it with early diagnosis, ended up both undergoing the procedure and detailing their experiences on camera.

Ryan explained: ‘Rob and I both turned 45 this year and part of being this age is getting a colonoscopy.

‘It’s a simple step that could literally, and I mean literally, save your life.’

Ryan is then seen arriving at hospital and getting gowned up ahead of his colonoscopy, which involves a long, thin, flexible tube with a small camera inside it being passed into the bowels through the bottom.

Patients will be told how to prepare for their tests, which will include taking laxatives the day before to empty the bowel so that any irregularities can be clearly seen.

The procedure is usually carried out while the person is awake, but sedation or painkillers can be offered to make the process more comfortable, and only takes around half an hour to complete.

A colonoscopy is one of the most effective ways of finding colon cancer early and can also look for signs of other bowel conditions too.

Ryan’s procedure revealed that an ‘extremely subtle polyp [growth]’ was found and removed from his colon, with the doctor who did his procedure explaining: ‘This was potentially life-saving for you. I’m not kidding. I’m not being overly dramatic. This is exactly why you do this, you had no symptoms.’

He added: ‘You are interrupting the natural history of a disease, of a process, that could have ended up developing into cancer and causing all sorts of problems. Instead, you’re not only diagnosing the polyp, you’re taking it out.

‘Nobody would know they had this, but he reached the age of screening, 45, he had a routine screening and there you go, that’s why people need to do this. This saves lives, pure and simple.’

Rob also underwent his own test on camera, joking: ‘They either find nothing, and that means my colon is cleaner than his, or they find a polyp and it’s either bigger than his… or it’s smaller than his which means I have less of an opportunity to have cancer. Either way I win.’

He was later told three polyps were found on his colon and removed during the procedure.

Colon cancer is the second biggest cancer killer in America, affecting one in 24 Americans but can be preventable with regular screening.

Ryan added: ‘The guidelines changed in 2021 lowering the age from 50 to 45. People don’t want to talk about colonoscopies, let alone get one.

‘We’re using humor and heart to change that. Colon cancer is rising in young people – predicted to be the top cancer killer for people under 50 by 2030.’