Royal Expert Explains Why Prince Charles Could Give Up The Throne

Queen Elizabeth II spent her 95th birthday this past April in “great sadness” following the loss of her husband, Prince Philip. However, not once did she waver from her royal duties as England’s reigning monarch. In fact, it was just days after the Duke of Edinburgh’s funeral that she had her first royal engagement, and it’s this unwavering commitment which has made many wonder who could possibly fill her shoes.

There has been much speculation surrounding what will happen to Britain’s monarchy when Queen Elizabeth dies, including who will actually take over the throne. In terms of the order of royal succession, Prince Charles is first in line, given that he’s the queen’s eldest son, followed by Prince William and Prince George. But, while this is all set in stone, who will really become England’s next king has been a hotly debated topic. Back in 2019, for example, it was reported that Charles was preparing to take over and that he would do so by 2021 (via National Post). Meanwhile, other outlets and sources have been adamant that Elizabeth won’t give up the throne to Prince Charles and that “abdication will never happen.”

While we may never be totally certain of how things will play out in reality, one royal insider is now claiming that, when the time comes, Prince Charles will simply step aside and give up his chance to become a king in his seventies — here’s why.

Would Prince Charles really give up the throne? 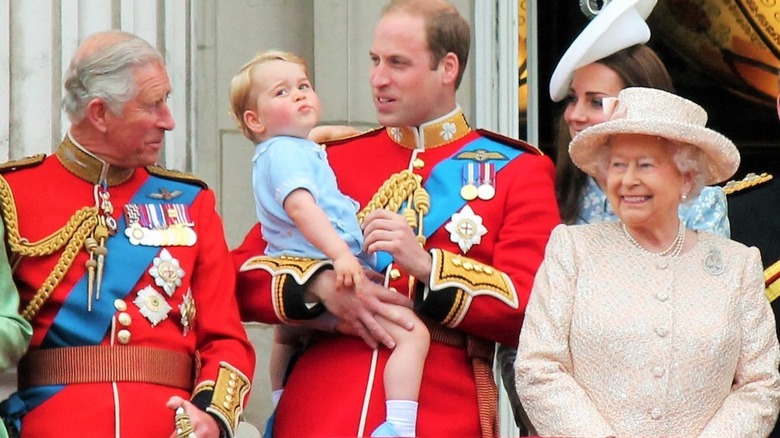 Princess Diana’s former voice coach, Stewart Pearce, spoke with Daily Star to explain why he believes Prince Charles may choose to step aside from the “difficult task” of being England’s next monarch and pass the throne to Prince William. Explaining that, after Queen Elizabeth, “the whole psycho-physical nature of monarchy will change,” Pearce speculated that Charles “may not take the throne,” and that it would come as no surprise to the royal family because “William has been part of the conversation since his 11th or 12th year, he’s been groomed.” Adding that William’s “prime motive is duty,” Pearce noted that the Duke of Cambridge would rule with one goal in mind: “Support of heritage and tradition as an iconic status for the British people to have something to refer to, in the way that Her Majesty has been this iconic statement for over 70 years.”

If Charles does choose to step aside, however, he’ll need to get parliament involved. As the University College London’s Constitution Unit explained in a blog post, the law dictates that he will “automatically” become king following his mother’s death and, in order to hand the throne to Prince William, he’ll have to formally abdicate. That would “require legislation” because “the line of succession is regulated by parliament [and] it can be changed only by parliament and cannot be unilaterally altered by the monarch of the day.” Because of that (and the fact he’s waited 70+ years), they speculate he may rule for a while before abdicating.