Richard Osman says 'amazing people' are replacing him in Pointless

The genial – and very tall – host of teatime quiz show Pointless, which he has presented with his chum Alexander Armstrong for ten years, has blown away would-be rivals with his new cosy crime novel, titled (ironically) The Bullet That Missed. 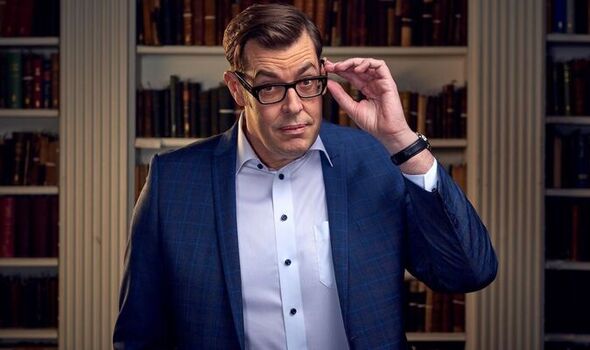 The latest book in his mega Thursday Murder Club series sold a staggering 216,662 copies in its first three days – with hardback sales alone of 127,743 copies making it the fastest-selling British book since records began.

You can almost hear the Champagne corks popping at his publishers though, in truth, it was always going to do well. Osman’s brilliant debut, about four pensioners busting crimes from their Kent retirement village, sold a million copies in seven months. Its sequel, The Man Who Died Twice, published in September last year, became one of the fastest-selling novels.

Not a bad start for an idea that came to him fully formed in a flash while visiting his elderly mother in sheltered accommodation.

“My mum, Brenda, lives in a care home. I visit her all the time. I was walking past a notice board there one day and I saw “Tuesday: Knit & Natter Club”, “Wednesday: French Club” and I suddenly thought, why not “Thursday: Murder Club”?” he recalls today.

Other loved ones he credits in the book are his two children from a relationship that long ago hit the buffers, Ruby, 24, and Sonny, 22, who get a special mention in the acknowledgements at the end. He is perfectly certain this will make them squirm. But he does not care.

“It’s something they can turn to when they’re 40 or 50, a confirmation that their dad really loved them. I know they’re proud of me and I wanted to recognise that publicly. My father never once told me he loved me.”

Osman was nine when he and his elder brother, Mat, were called into the living room and told by their father, David, that he was leaving home.

“I think it’s safe to say that was the worst thing that’s ever happened to me,” he says today. Osman senior never had anything to do with his sons from that day on although he met Richard 20 years later when he became a grandfather.

“I thought there might be something to salvage. But it proved to be a very underwhelming experience. We realised we didn’t know each other particularly well,” says Osman.

“What a child needs is an adult in their life who loves them unconditionally. Some are lucky in that they have two. I had my mum and I count myself incredibly lucky that I had – still have – her.”

The pensioner sleuths Brenda inspired – Elizabeth, a retired intelligence agent; Ron, an ex-trade unionist; former nurse Joyce, for whom no situation cannot be improved by getting out the biscuits; and ex-psychiatrist Ibrahim – set about solving murder mysteries.

Their adventures have proved so addictive to readers that a Steven Spielberg film adaptation is currently in the works, directed by British Mamma Mia! creator Ol Parker. “I leave that world to be what it is. It’s a completely different discipline and not one I’ve ever proved myself in,” says Osman modestly. 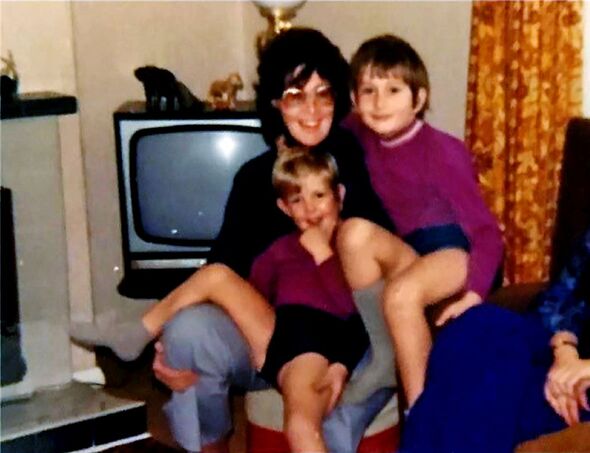 “What I am pleased about is that they plan to maintain the British setting with the references to Hobnobs and Oliver Bonas and Sainsbury’s, for example, remaining intact.”

What about casting? “It’s not up to me and that’s quite as it should be,” he smiles. “That said, people occasionally shout “Helen Mirren” at me in the street, presumably as a suggestion for the role of Elizabeth. My belief is that I won’t know who’s playing which part until the lights dim at the premiere.”

“But I’m on the foothills of his Himalayas,” admits Coles. “I did ask him how to get through the enormous piles of books that needed my signature.” Osman’s advice? “Pop on a podcast and stop complaining!”

After more than 1,300 episodes of Pointless, Osman has stepped down to concentrate on his writing career. The fourth book in the Murder Club series will be published in September next year with more to follow.

And writing the books has proved easier and easier. Certainly the broadcaster did not suffer the notorious difficult second book syndrome. 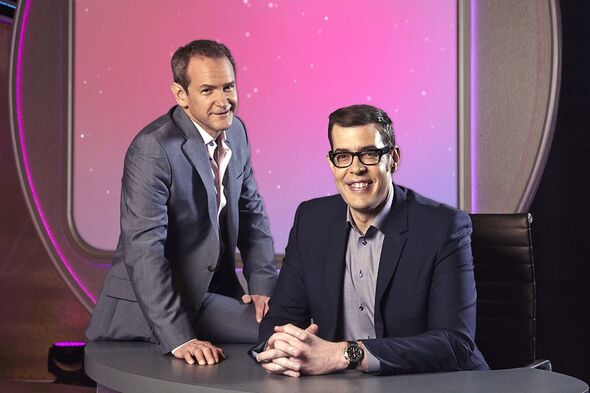 “I already had the four principal characters and it was pretty much written before the first one came out so I wasn’t distracted by all the hullabaloo,” he says. “That gave me the freedom to write what I wanted.”

PD James reputedly would not put pen to paper until the very last piece of the jigsaw was fixed in her mind. Jackie Collins, by contrast, would open the yellow legal pad on which she wrote (longhand) and let her characters take her on a journey.

Where does Osman sit on that spectrum? “Midway between the two. I know how the story starts, I know where I’m headed and I know how it ends. That said, my characters do take me on a journey. Ultimately, the fun is how you get from A to B. And I love a book where all the baddies get their just deserts.”

One of the many charms of the books is that you can hear his very recognisable voice – that droll running commentary so familiar to TV viewers – on every page.

“When my daughter read the very first draft of the first book, she told me that every single word of it sounded like it had been written by me. But then, I suppose it must be a good thing if you can establish an individual voice.”

Osman is pleased, he says, that this phenomenal success happened when it did. “I’m 51. Much better for it to happen now than when I was, say, 19.

“I became a TV presenter when I was 40 having been very happily behind the scenes working on programmes like Deal Or No Deal. Then along came Pointless and House Of Games and suddenly people started recognising me in the street.

“But I’d become comfortable in my own skin by then. Success when you’re very young is a difficult thing because you still have a lot of life yet to live. And because success is weird, if you don’t have a good sense of yourself, it could turn your head a little.”

Osman was born with nystagmus, a condition in which the eyes make repetitive, uncontrolled movements often resulting in reduced vision and depth perception, affecting both balance and coordination.

“It means I can’t drive because everything appears to me like a foggy day,” he explains. He wishes it were otherwise.

“I could then watch football properly and see the birds in the trees and read people’s expressions correctly. But I’m not bitter. I’ve never known any different and there are plenty of people who have impediments far worse than mine.” 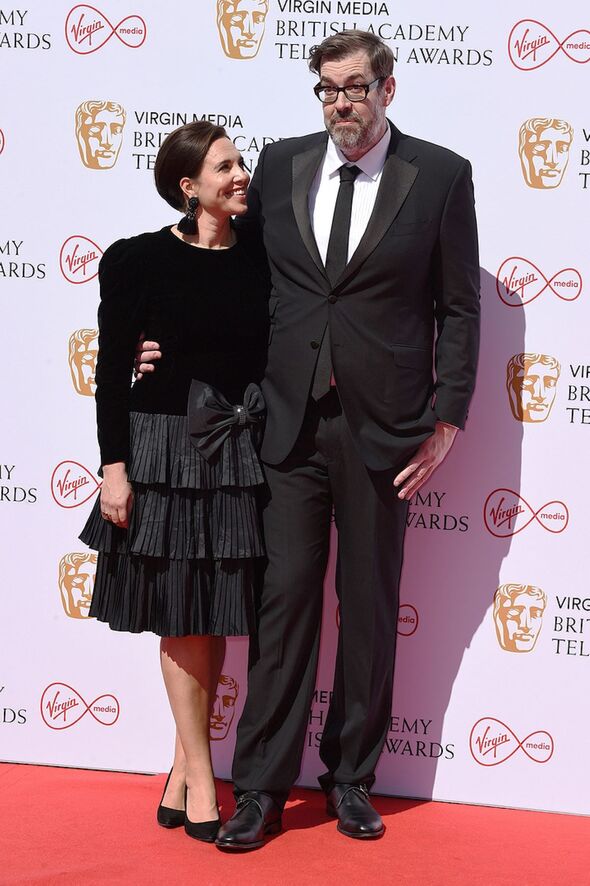 His elder brother, Mat, is the bass guitarist in the Britpop band, Suede. It is quite unusual to have two siblings from the same family finding fame and fortune. “Highly unusual,” agrees Osman, “and sort of random because none of it runs in the family.”

Never one to rest on his laurels, Osman will begin a new series of thrillers in 2024, starring a father and daughter-in-law duo who run their own private investigation agency which takes them around the world.

“It will be a sort of Thursday Murder Club meets The Da Vinci Code,” he explains.

All this seamless good fortune is further compounded by a happy turn of events in his private life. Actress and comedian Ingrid Oliver, 45 – she played Petronella Osgood in Doctor Who – was a guest on House Of Games and joined Osman and fellow contestant Matthew Pinsent for a drink after the show.

It took Osman a while to realise she was flirting with him but a relationship swiftly followed. Now, she has moved into his west London house (with her pet, Liesl Von Cat) and the two will marry in December. The dedication in his latest book would bring a tear to a glass eye. “To Ingrid,” it reads. “I was waiting for you.”

The Bullet That Missed by Richard Osman (Viking, £20) is out now. To order for £18 with free UK P&P visit expressbookshop.com or call 020 3176 3832. Richard is appearing at Capital Crime in Battersea Park, London, this weekend.