The ‘Real Housewives of Orange County’ star admits that she is ‘so grateful’ to have ‘someone special’ in her life who was an out and proud woman on reality TV.

AceShowbiz –Braunwyn Windham-Burke has found love again. While attending the GUARDaHEART Foundation Unmasked Heart Disease Featuring DIABETESpredict event together with Fernanda Rocha, “The Real Housewives of Orange County” star confirmed her relationship with her new girlfriend, who also appeared on the Bravo series in season 6.

“We have been hanging out,” the 43-year-old told E! News. “We are close and she’s been an amazing support to me. I’m glad I met her. I will say this: There have been some rumors about when we went from being friends to a little bit more than friends. It was after she got divorced so there’s nothing salacious like that happening.” 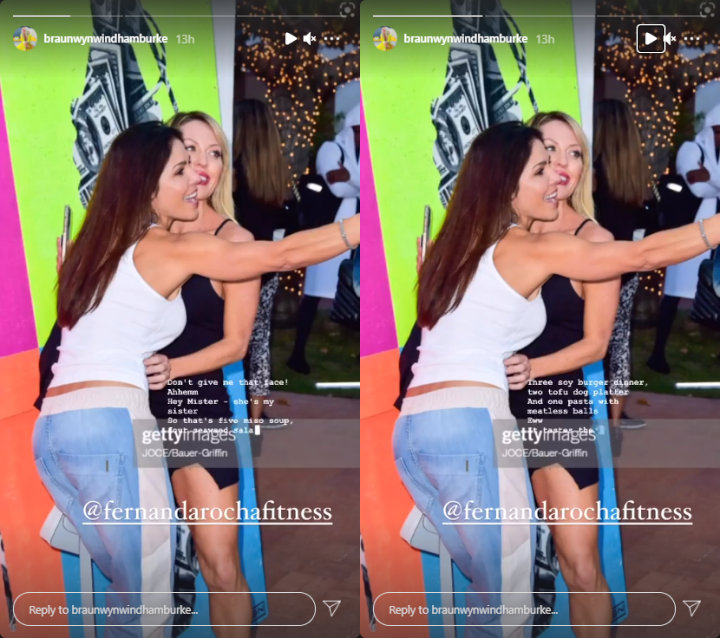 Braunwyn continued, “We’ve been hanging out for a while. We didn’t become more than friends until recently. She’s definitely special.” The reality star continued to gush over her “caring and nurturing” girlfriend, saying, “She is a very steady, very spiritual, very level-headed force.”

“I have a tendency to spiral into over the top emotions as anyone in a reality show should, and she brings me back down to center,” Braunwyn elaborated. “She’s really brought out a softer side of me. I’ve been in the same relationship for most of my life so she’s taught me about compromise and meeting someone in the middle. I haven’t really dated much because I’ve been with [Sean Burke] since I was 18. But she’s just been patient and understanding and we’re having a great time.”

Braunwyn also opened up to Page Six about her budding romance with the fitness instructor. “Having someone special in my life who was an out and proud woman on reality television was so helpful in the beginning stages of our relationship,” she explained to the outlet.

“What started as a friendship has become something more. I am so grateful for her. She is beyond amazing,” Braunwyn added. “Not only has she been a source of strength, but she has taken me under her wing and helped me navigate my coming out. Without the show, I never would have met Fernanda, so I am forever grateful for that. She’s taking me away for a few days today, and that is exactly what I needed.”

Prior to Fernanda, Braunwyn, who came out as a lesbian in December 2020, was linked to a woman named Kris. In April, however, a source reported that “Kris broke up with Braunwyn well over a month ago,” adding that “Braunwyn understood.”