RHOBH Stars Question If They’ve Been ‘Duped’ By Erika Jayne

Bravo just released the mid-season trailer for “The Real Housewives of Beverly Hills” and it’s looking like Erika Jayne will be in the hot seat. It appears that the other Housewives are still dealing with the shocking allegations and lawsuits against Erika and her estranged husband Tom Girardi.

Not only are the “Painkillr” songstress and Tom in hot water for fraud and embezzlement, but their divorce is also rumored to be a sham as a way to hide their assets and embezzle money. Erika responded to those rumors about her ongoing legal drama in an earlier episode, saying (via Page Six), “The things that are being said are just wrong.” She continued, “People are believing [the allegations] and they’re everywhere and it’s terrible. I’m here, by myself, and what’s being said, I mean, it’s insane that my divorce is a sham. But nobody cares about the facts.”

The trailer revealed that Erika is even struggling with the fact that her own friends and fellow Housewives may not have her back. In one scene, Erika dishes, “Want to know who your friends are? Get old and go broke,” before she’s shown in another scene begging Sutton Stracke to believe her over the rumors. In another scene, she’s noticeably agreeing with Crystal Kung Minkoff’s husband Rob’s toast that a true friend “doesn’t disappear when the problems come.” Yet some of the Housewives still aren’t convinced that what Erika is saying is true and want her to be held accountable for her alleged actions.

The Housewives feel they "deserve to know the truth" 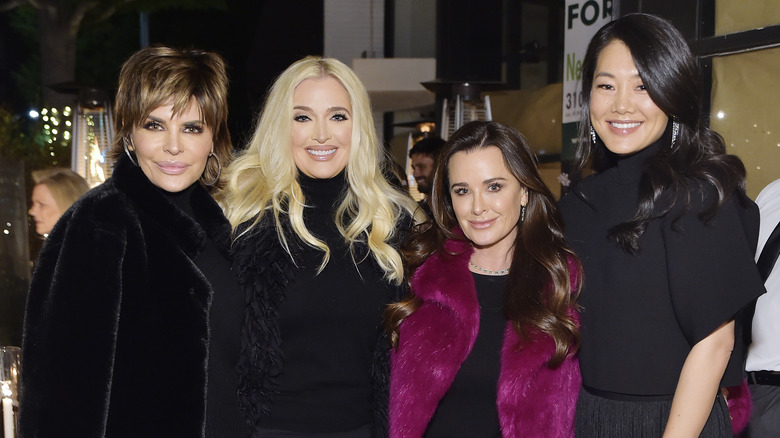 It appears the women of “The Real Housewives of Beverly Hills” aren’t convinced that they haven’t been duped by costar Erika Jayne when it comes to how much she really knows about her husband Tom Girardi allegedly stealing money from his clients. The mid-season trailer shows Kyle Richards especially determined to question Erika, telling the other housewives, “She’s going to have to answer more than she’s comfortable with. Because we deserve to know the truth.” Sutton Stracke also asks the others, “Have we been duped by the lies?”

Erika apparently isn’t taking these allegations lightly. She’s shown confronting Sutton, saying, “If you ever call me a liar again, I’m coming for you.” In another scene when Mauricio Umansky and Paul “PK” Kemsley question her, Erika responds, “If he stole the money, I’d like to know where it is.”

While some of the show’s stars don’t believe Erika, others are defending her. Garcelle Beauvais not only shuts down Dorit Kemsley’s doubts but even exclaims to the others, “I’m not going to s**t on her when she’s at her bottom. That’s not who I am!” Kathy Hilton also points out, “Everybody’s got a skeleton in their closet.” The trailer ends with Erika seemingly not only processing her legal drama but also her friends’ doubts saying, “Look at me, look at my f**king life.” Fans will just have to watch and decide if Erika is really telling the truth or if she was worth questioning.