Renee Zellweger and Ant Anstead seen together for first time 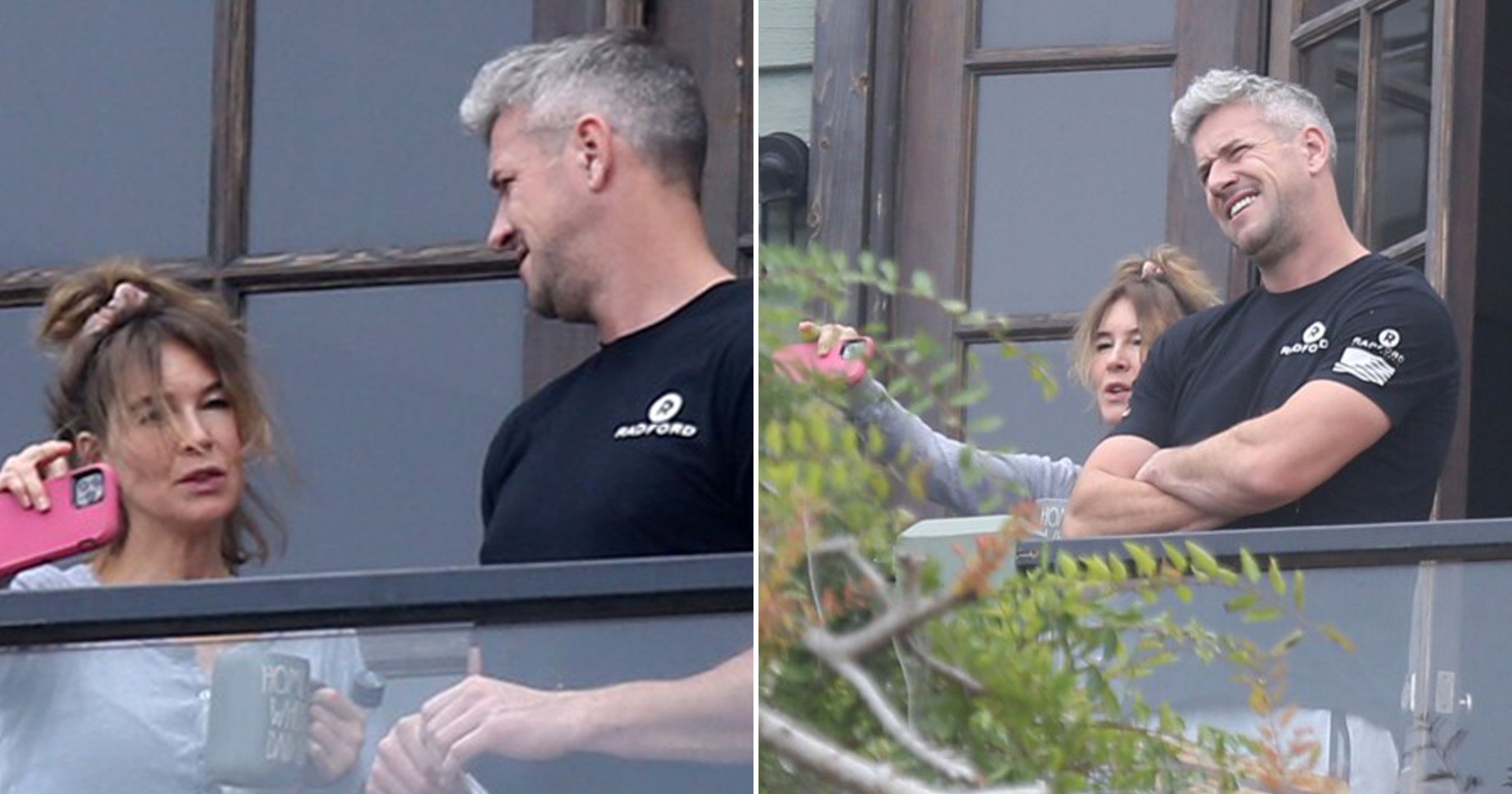 Renee Zellweger and her rumoured new partner Ant Anstead have been spotted together for the first time.

The actress and TV presenter were pictured on the balcony at Ant’s new home in Laguna Beach, California, and both appeared to be in good spirits.

They were both dressed casually, as Renee, 52, opted for a long-sleeved grey shirt with her hair tied up, while Ant, 42, wore a black logo t-shirt and grey trousers.

The pair appeared to be enjoying the breathtaking views from the balcony, as Renee also held a mug in one hand and her phone in the other.

Ant had purchased the home in May after he previously lived in a rented studio apartment for 10 months.

It was previously reported that Renee and Ant began dating last month, with the pair said to have recently worked together on the set of Ant’s upcoming Discovery+ series Celebrity IOU: Joyride, according to TMZ.

Renee will also appear in the show so perhaps viewers will witness the moment when sparks begin to fly between the duo.

An insider later told People that they ‘just click’ and ‘the timing is right’ for the two of them.

‘Sometimes two people just meet and click, and the timing is right,’ they explained. ‘Renee is creative… and often goes for guys who think out of the box.

‘She’s smart, thoughtful and always looking to expand horizons and nurture those around her.’

The news came just days after the Wheeler Dealers star finalised his divorce from Christina Haack, 37, who he previously split from in 2020.

Ant and the Flip Or Flop star were married for 21 months, with the couple sharing one-year-old son Hudson in London.

According to TMZ, the pair have ‘privately settled’ the property and assets accumulated during their marriage.

They will also share legal and physical custody of their child.

Elsewhere, Renee was most recently linked to guitarist Doyle Bramhall II, who she dated between 2012 and 2019.

She has also been in relationships with Jim Carrey, Kenny Chesney and Bradley Cooper.