Remember That Time Trump Jammed Out to Taylor Swift’s ‘Blank Space’ With Melania? 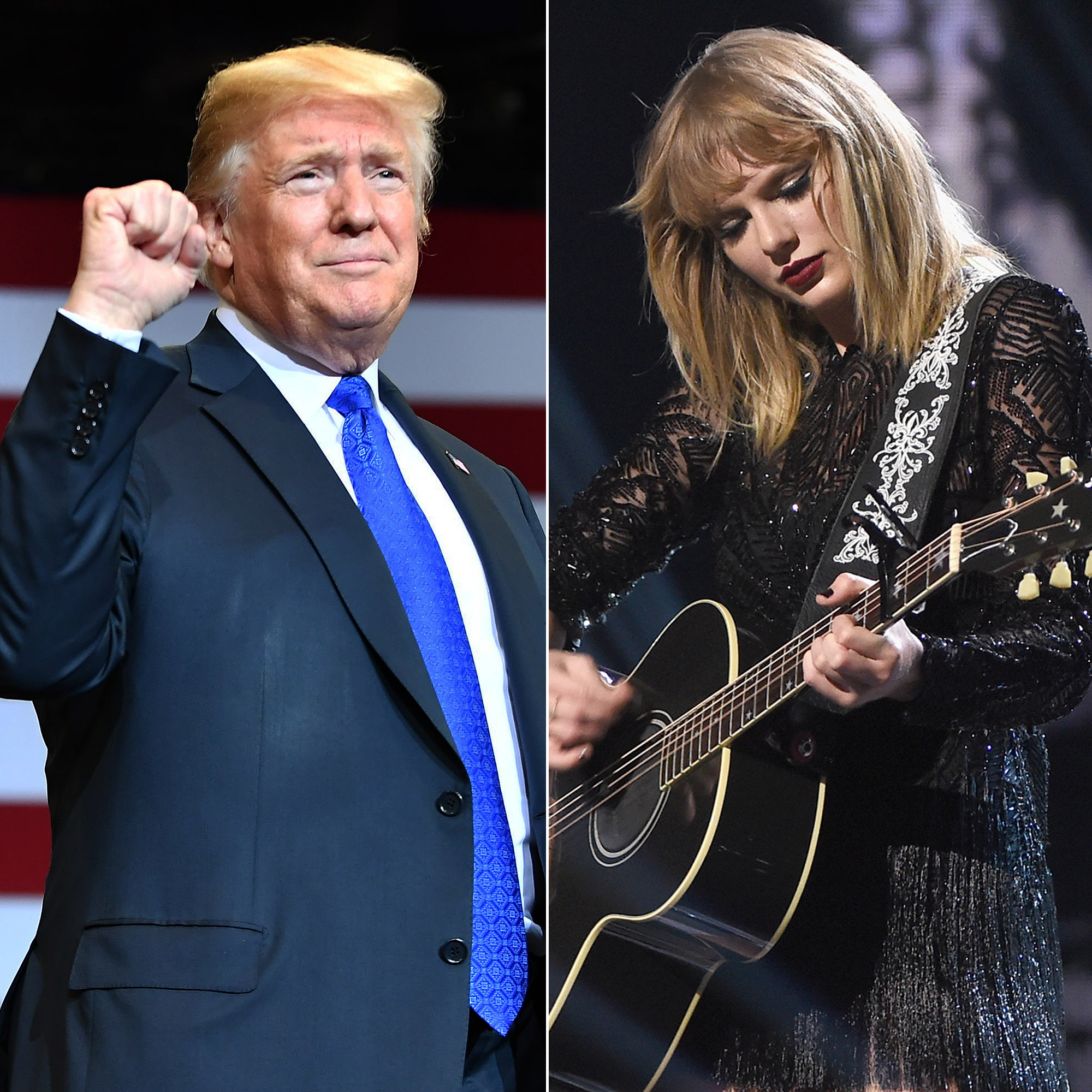 Pre-presidency, Donald Trump was 100 percent a Taylor Swift fan — and proof is in the newly resurfaced video that went viral on Tuesday, October 9.

Following the 72-year-old president’s comments that he likes the 28-year-old pop star’s music less due to her recent political comments, the clip of him listening to Swift’s hit “Blank Space” made its rounds on social media.

The short snippet — which was originally posted to his wife Melania’s Facebook page in 2014 — shows Trump in the driver’s seat of a dark car turning the radio louder as the catchy tune plays in the background.

The couple’s son, Barron, is in the passenger’s seat while it appears the first lady, 48, is taping them from the backseat. Melania captioned the clip: “Fun night with my two boys DJT & BWT.”

The video reappeared just hours after Trump vocalized his newfound distaste for the Reputation songstress following her lengthy message of support for two Democratic candidates in Tennessee.

“I’m sure Taylor Swift doesn’t know anything about [Blackburn],” the former reality star said of her endorsement of Senate candidate Phil Bredesen over Republican Rep. Marsha Blackburn. “Let’s say that I like Taylor’s music about 25 percent less now, OK?”

Swift took to Instagram on Sunday, October 8, to break her silence on her political stance after years of coming under fire for remaining silent.

“I’m writing this post about the upcoming midterm elections on November 6th, in which I’ll be voting in the state of Tennessee,” the Swift began the message alongside a photo of herself. “In the past I’ve been reluctant to publicly voice my political opinions, but due to several events in my life and in the world in the past two years, I feel very differently about that now.”

Swift went on to detail her reasons for backing the candidates who she believes will “protect and fight for the human rights I believe we all deserve in this country,” and took the opportunity to encourage readers to vote in the upcoming mid-term elections.

The day after her post, Vote.org experienced a large increase in voter registration.