“I believe that she would be absolutely thrilled [with both boys] because that was her nature. She wasn’t down in the dumps,” Pearce, who was Diana’s voice coach ahead of her 1997 death, said on Tuesday, June 15. “She was a person who loved humor, who loved the levity of life, who loved expanding through life.”

The Diana, The Voice Of Change author, whose book is available now, revealed that the late princess had her “eye on a property” in Malibu, California, so Harry’s move to Montecito earlier this year doesn’t surprise him. 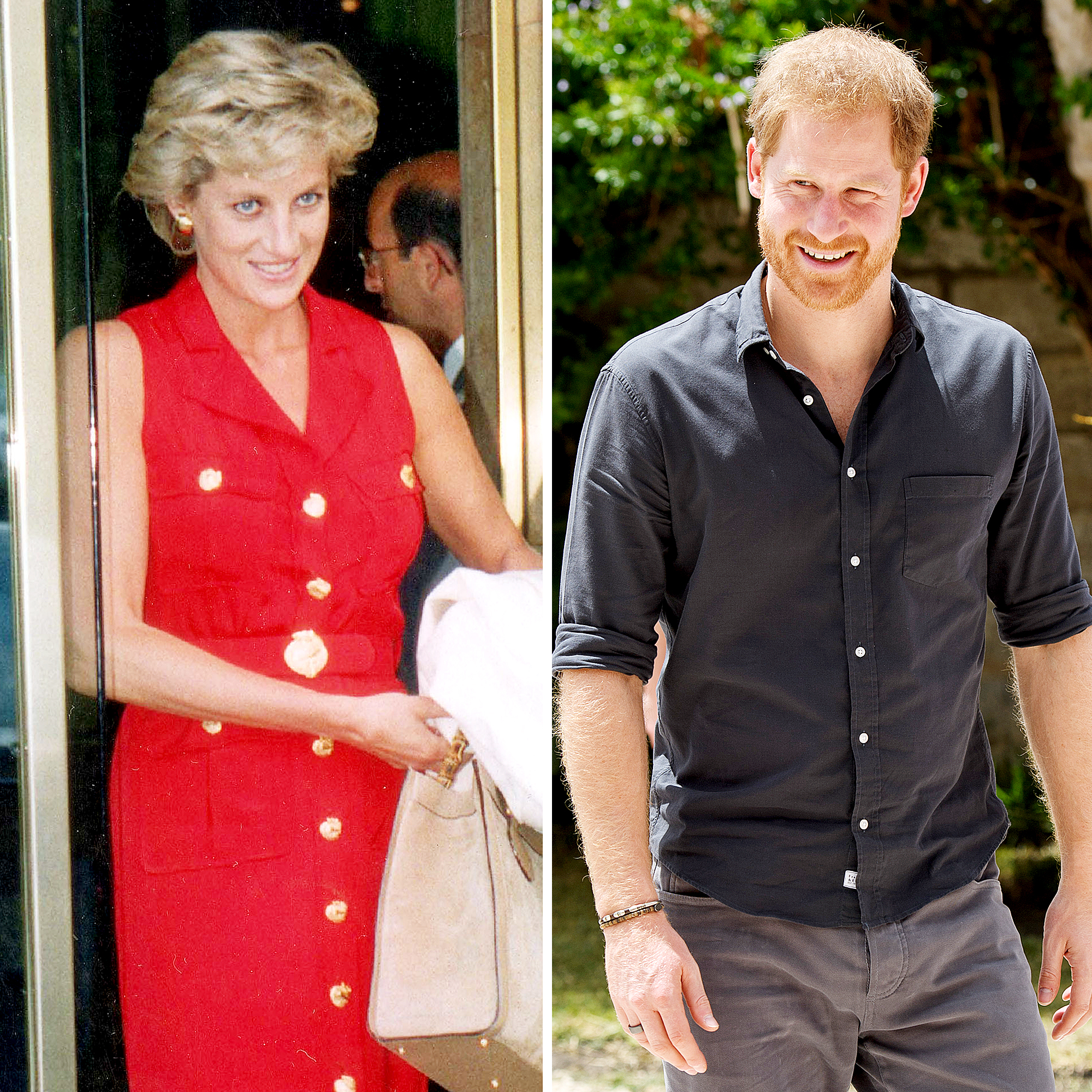 “She was talking about buying a property in Malibu [saying] that would be ‘really great’ for the boys to have freedom so that they could surf,” Pearce told Us of Diana’s past plans. “Because they’re both very sporty, you know, but they could surf, they could roller blade, they could Frisbee. So, she’d be in complete favor.”

The English writer explained that Harry, 36, and his wife’s choice to step back as senior royals in early 2020 and relocate to the U.S. is just part of how they’ve honored Diana’s mission to shake things up in the monarchy and make a difference worldwide.

Where Do Harry and Meghan Stand With the Rest of the Royal Family?

“They’re really taking on so much of what her legacy is, to bring liberation to the disenfranchised, the disassociated, the LGBTQ+ community, [the] Black Lives Matter [and] Me Too [movements],” Pearce told Us. “All of this is within the understanding of what liberation she wanted to bring about in the sense of using her position as an egalitarian or humanitarian role, because people looked on her as being of iconic status the most.”

He added: “[Diana] wanted to use that position in a really positive way to say, ‘Look, if I can support this, then there’s no reason why the collective can’t move into support of this very genuine, authentic, integral process that brings about the liberation of human spirit.’”

The voice and corporate presentation coach noted that the former military pilot’s recent comments about the royal family, although controversial to some, would make his late mother proud.

“I feel, as you know, that their voice is a voice of liberation and they’re doing exactly what Diana would’ve wanted them to do,” Pearce told Us. “There’s still a lot of upset over Harry’s interaction [during his CBS tell-all], moving into mindfulness and all the mental health issues that he’s exposing. There’s a lot in the contempt in the collective shatter that needs to be expressed. Our work is all about expressing it. So we move kneeling.”

Following the news in February that Harry and Meghan, 39, would not be returning as working royals, the duo haven’t been shy about their experiences within the British royal family. In addition to their explosive interview in March, where they claimed that racism in the U.K. played a part in their move stateside, Harry has conducted multiple interviews speaking out against his loved ones.

Princess Diana Through the Years

Despite making waves over the past few months, the arrival of the couple’s second child daughter, Lili — whose first name, Lilibet, is a nod to Queen Elizabeth II’s childhood nickname — may serve as a way to mend some fences across the pond. The little one’s middle name is Diana for the Princess of Wales.

According to a report from In Touch, which Us confirmed the details of, the queen, 95, was one of the “first” people the duo told about Lili’s birth. “She has put the drama from the interviews aside and is overjoyed to be a great-grandmother again,” the source told the outlet following the baby’s June 4 arrival.

An insider exclusively told Us the same month that “all is not forgiven” amid the couple’s recent statements, but Sussexes are “trying their utmost to maintain a good relationship with the queen in order to keep the peace.”

With reporting by Joe Drake and Molly Mulshine