Though I had a feeling the Duke of Sussex would mention his brother at some point during his interview with Oprah Winfrey, I still wasn’t sure what to expect. Prince Harry’s quotes about Prince William to Oprah were super sad — but low-key unsurprising given the brothers’ recent history. During Oprah with Meghan and Harry, which aired on March 7, Oprah asked Harry where his relationship with his brother currently stands. The short answer? "The relationship is ‘space’ at the moment," Harry said. "I love William to bits. We’ve been through hell together and we have a shared experience, but we are on different paths."

Following Meghan Markle’s account of feeling suffocated by the monarchy, Harry also explained how he, too, felt smothered in his role as a royal. He took it a step further and said he feels William and his father, Prince Charles, are trapped in their roles as well.

Speaking about the weight of royal responsibility even amid personal trouble, Harry said, "It’s a part of the role. That’s what’s expected, no matter who you are in the family, no matter what’s going on in your personal life, no matter what’s just happened." He added, "My father and my brother, they are trapped. They don’t get to leave [their roles]. And I have huge compassion for that." 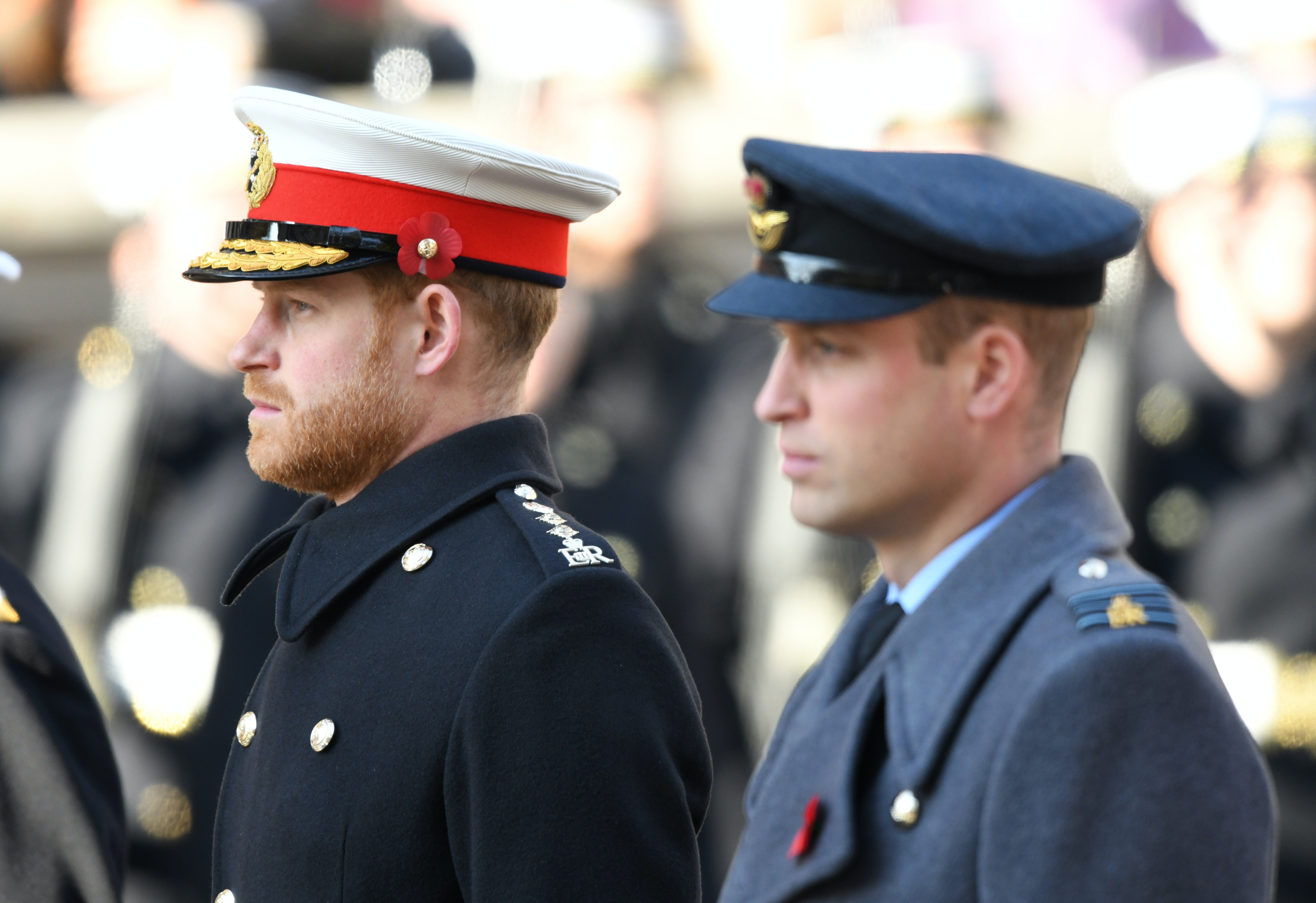 Omid Scobie, royal biographer and co-author of Finding Freedom: Harry and Meghan and the Making of a Modern Royal Family called communication between the brothers "light" in a March 5 report in Entertainment Tonight. "We’re approaching 16 months since they actually had a face-to-face conversation with each other," he said. "In terms of seeing eye-to-eye, we’re a long way from that."

Ahead of Meghan and Harry’s conversation with Oprah, reports that William wasn’t happy about the interview began to circulate. On March 4, a source for Page Six reportedly claimed William was "desperately sad" about the Sussexes decision to speak out, and according to the source, William and Kate Middleton wanted nothing to do with the "soap opera" surrounding Meghan and Harry’s issues with the royals.

Another source for The Sun reportedly claimed on Feb. 28 that William was "kept in the dark" about the details of the interview. "William does not know what she has told Oprah; none of the royal family do," the insider reportedly added. "They will find out at the same time as everyone else, although I doubt they’ll watch it." With renewed conversations about the relationship between the royal brothers, this buzz brings me back to William’s reported comments about Harry in January 2020. This was around the time when Meghan and Harry announced they were stepping down from senior roles in the royal family. “I’ve put my arm around my brother all our lives and I can’t do that anymore," William reportedly said to a friend, according to the Sunday Times report. "We’re separate entities. All we can do, and all I can do, is try and support them and hope that the time comes when we’re all singing from the same page," he continued.

Here’s hoping time will heal the wounds between the brothers.