From barefoot at Bondi on Friday the royal tour took on a more serious mood on Saturday morning when the Duke and Duchess of Sussex attended a service to open an extended Anzac Memorial in Sydney's Hyde Park.

Prince Harry wore his Blues and Royals tropical dress uniform and donned medals from his decade-long service to open the memorial's Centenary Extension. 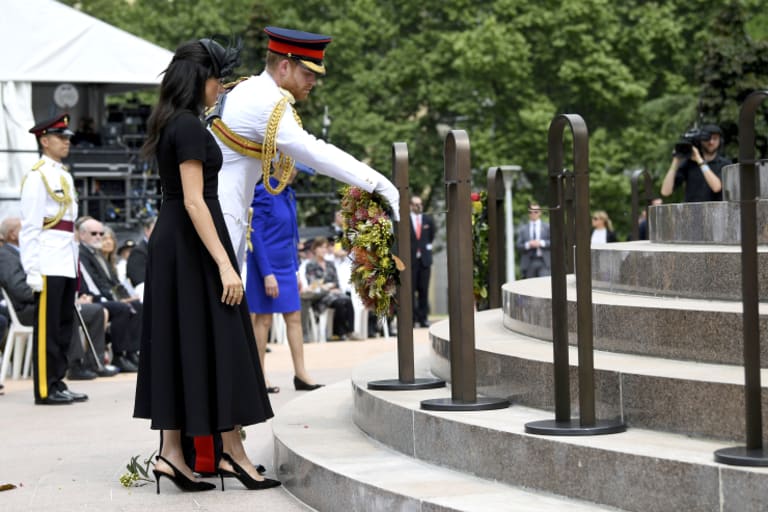 Prince Harry, and his wife Meghan, the Duchess of Sussex, lay a wreath at the official opening of Anzac Memorial at Hyde Park.
Credit:AAP

The royal couple arrived at the south end of the memorial on Liverpool Street about 10am, walking past new water cascades conceived in the original design but never completed.

They toured the memorial’s new underground hall of service, pausing to look at the huge display of soil samples taken from the 1701 towns across NSW where thousands of young men and women enlisted for World War I.

For Prince Harry, being able to visit and officially open the newly renovated sections represented a royal step back in time; his great-great uncle and namesake, Prince Henry, Duke of Gloucester – who later went on to become Australia’s 11th Governor-General – originally opened the building in 1934.

NSW Governor David Hurley and his wife, Linda, escorted the couple around the building. They paused by the statue of sacrifice and visited the hall of memory, with its towering ceiling dotted with gold stars paying tribute to the thousands of NSW men and women killed in WWI. 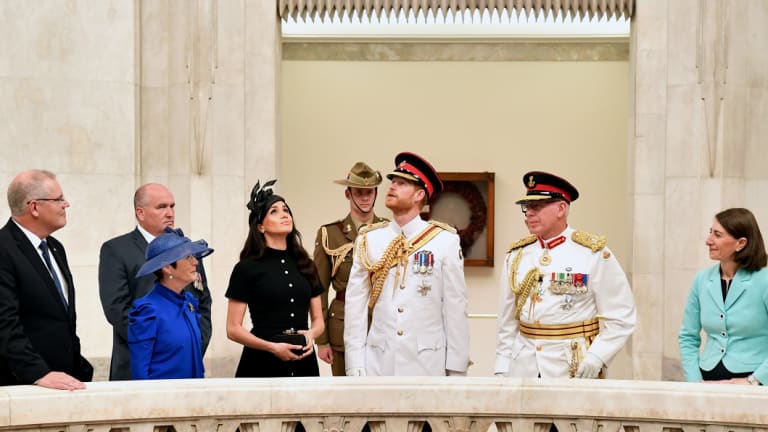 Another display of 100 soil samples, taken from battlefields where thousands of NSW troops have fought around the world since the 1856 Colonial Wars through to Iraq and Afghanistan, ringed the floor.

The memorial was never fully completed in line with its original architectural plans when it was opened in 1934, because of the financial hardships of the Great Depression.

The $39 million extension project was paid for in equal measure by the NSW government and the Commonwealth Anzac Centenary Public Fund and is the centrepiece of the state’s Centenary of Anzac commemorations, marking the 100th anniversary of the ending of World War I. The City of Sydney contributed $4 million. 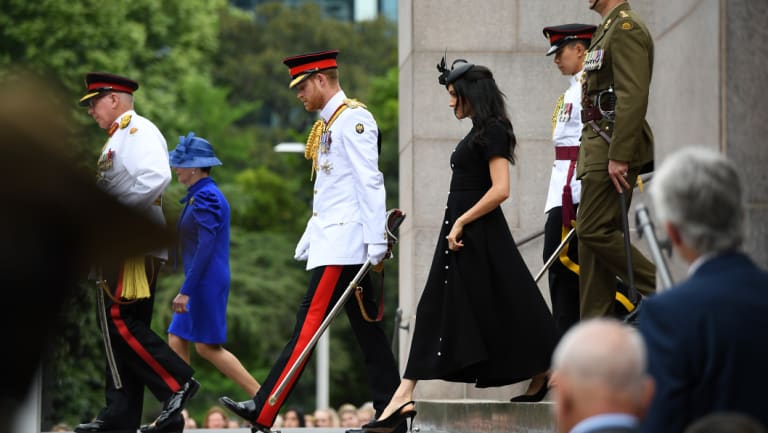 Meghan and Harry at the opening of the War Memorial enhancements.Credit:AAP

Prince Harry saluted as the Last Post rang out across Hyde Park before the crowd of about 200 dignitaries and invited guests paused for a minute’s silence.

The prince then joined Ms Berejiklian on the steps to unveil a plaque for the memorial’s extension before three RAAF Hornets from Williamstown flew overhead. 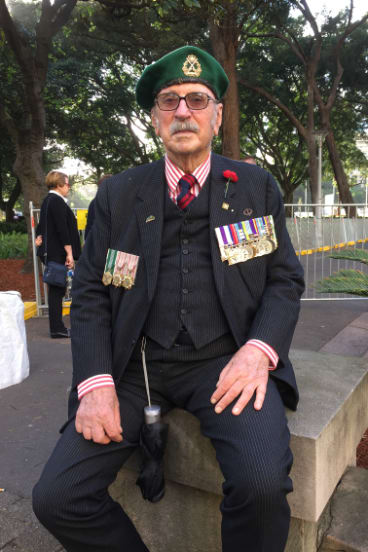 The Premier said it was poignant that the new $40 million extension had been completed just weeks before the centenary of the end of WWI next month.

She said the “magestic memorial” commemorated “all those who fought for our nation and made the ultimate sacrifice” and was a unique “place of reflection far from the horrors of war”.

Colonel John Hutcheson, 91, from Turramurra, who served in Korea, Malaya and Vietnam, said of Prince Harry: "He has been a good lad – serving in Afghanistan. He looks after his soldiers. I think it is more than protocol, I think it is real intention with him."

With the official proceedings over, Harry and Meghan prepared to make their exit but stopped for a quick chat with two young indigenous schoolgirls seated in the front row.

The royal couple will end day five of their Australia tour at the opening ceremony of the Invictus Games at the Opera House later on Saturday, after attending a games event on Cockatoo Island during the day.

A new artwork features samples from each NSW town, suburb and district given as a place of address by First World War enlistees.

"All of this allows the memorial to tell the story of NSW's involvement with and for all Australians, in war, and in peacekeeping missions," General Hurley said.

"It honours those who have served and fosters ongoing scholarship and learning."

The duke and duchess laid a wreath, as did other dignitaries including Prime Minister Scott Morrison, before there was a minute's silence and the Last Post was played.

The duchess wore a black, high-necked, full-skirted dress with buttons down the front and a matching hat.

The Opening Ceremony for the Invictus Games takes place at the Opera House on Saturday evening and will be attended by 500 competitors from 18 countries.