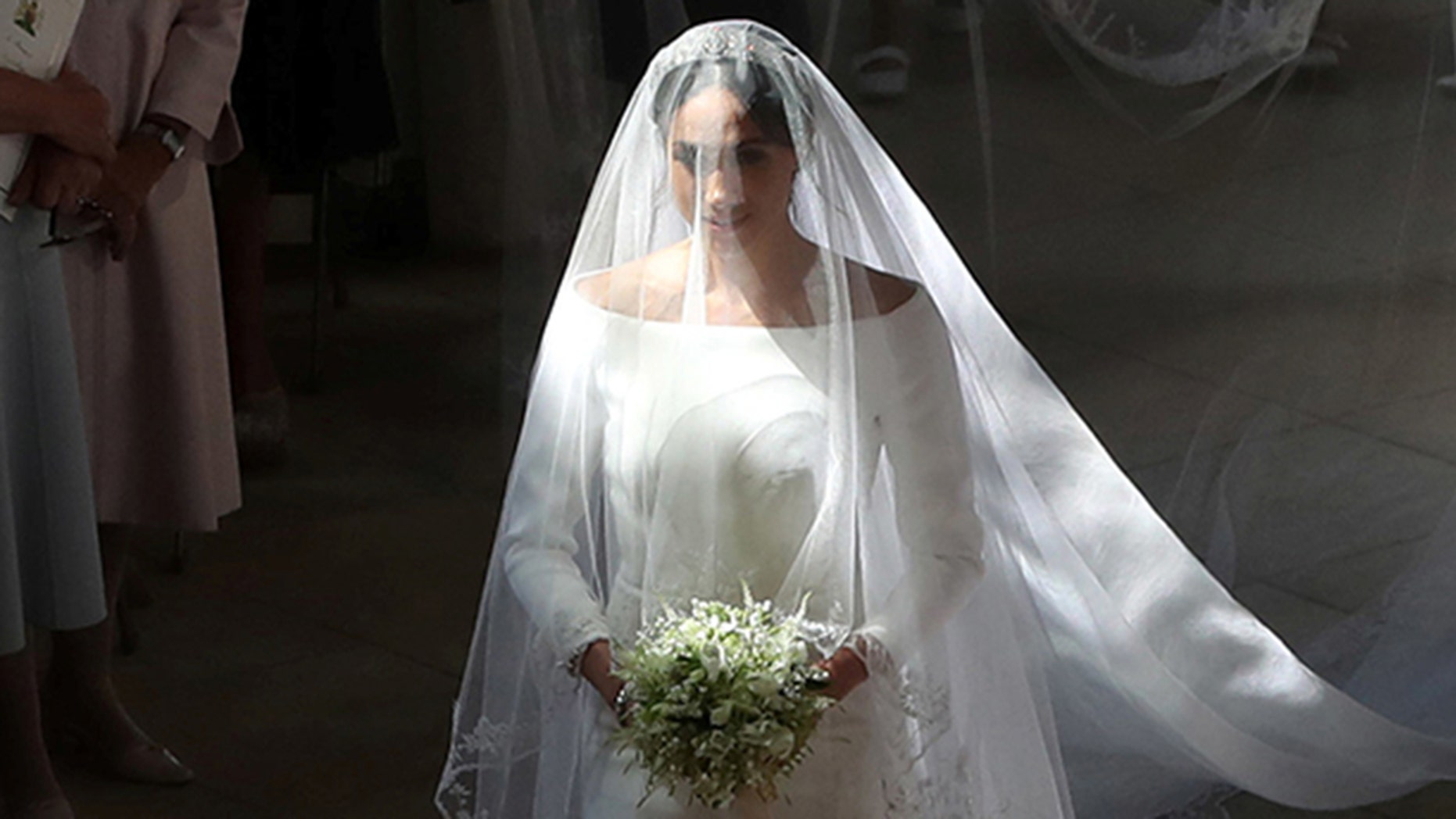 Markle, 37, and her now-husband Prince Harry, 34, reflected on their May 19 royal wedding at Windsor Castle's St. George's Chapel in audio recordings featured in an exhibit about their big day.

The former “Suits” star explains in “A Royal Wedding: The Duke and Duchess of Sussex” how her fiancé wanted her bridal bouquet to include a personal touch: flowers from their Kensington Palace residence.

“We have a very small garden here that we had been planting things in the fall for and what was really special, I think, was that the morning of the wedding Harry went in and he picked some flowers to go into my bouquet, which was really beautiful and something that makes it sentimental and really meaningful,” Markle said in a recording at the exhibit, according to Vanity Fair.

“We didn’t have as many flowers in our little garden as we had hoped for because I think it snowed at Easter! That kind of ruined the whole thing!” Harry reportedly said in the exhibit.

Royal watchers can hear the couple talk about their wedding by visiting Windsor Castle, which will host the exhibit until Jan. 6. It will later move to Scotland's Holyrood Palace in Edinburgh, where it will run from June 14 to Oct. 6, 2019.

Markle’s silk Givenchy wedding dress and veil, as well as the diamond-and-platinum tiara loaned to her by Queen Elizabeth II, are included.

Prince Harry fans, meanwhile, can check out a copy of the frock-coat uniform of the Blues and Royals regiment that he wore for the service.

“As the uniform specially commissioned for the occasion is required for use by His Royal Highness, this is an identical uniform made for The Duke by Dege & Skinner a few years earlier,” the Royal Collection Trust says.