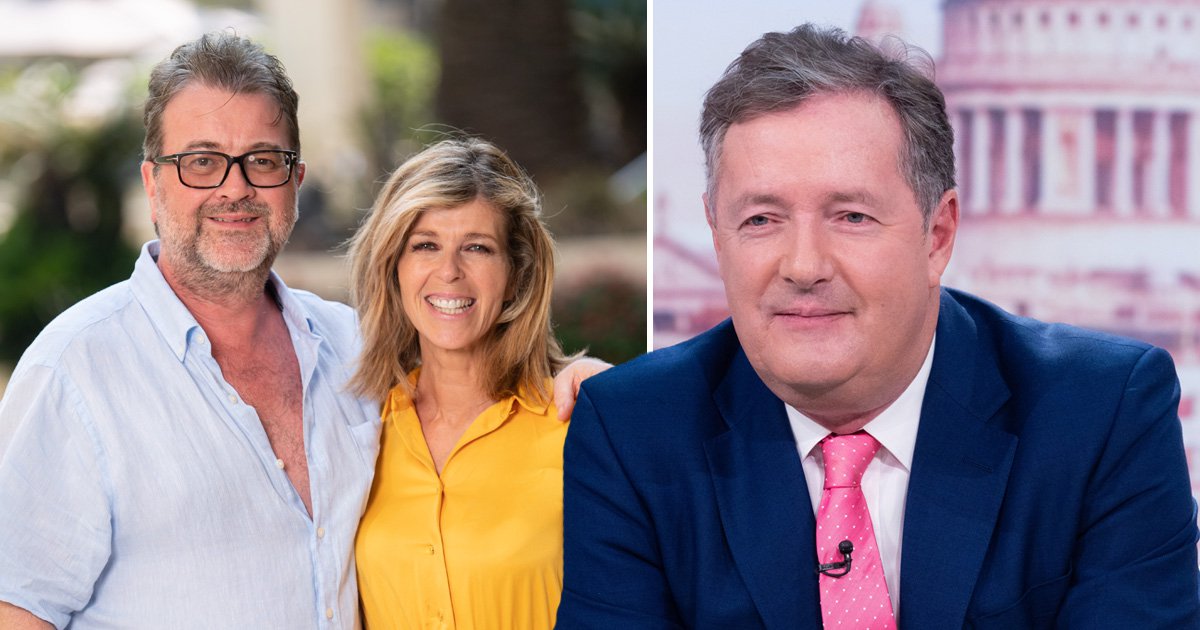 Piers Morgan has opened up about speaking to Derek Draper for the first time following his coma battle.

Kate Garraway’s husband has remained seriously ill for nearly two years after contracting coronavirus in March, 2020, and was in hospital for over a year battling the after-effects of the illness, which wreaked havoc on his body.

He returned home in April but sill requires round-the-clock care and is ‘rarely communicative’.

Writing in his Daily Mail column, the former Good Morning Britain host recalled the moment he reached out to Kate last week ahead of interviewing her for his last Life Stories episode, when she put her partner on the phone.

‘There was a slight pause and then I heard a familiar male voice say very clearly and strongly: “Hello!”

‘“HELLO!” I stammered back. “It’s great to hear your voice again. Keep battling, Derek – we’re all so proud of you!”’

Piers described it as a ‘strange, thrilling experience’, adding: ‘There have been many times when I feared I’d never hear Derek speak again.’

The ITV host detailed his later chat with Kate, in which she said that his carer ‘burst into tears’ as it had been ‘so unusual to hear him interact like that’.

He also vowed that their upcoming Life Stories chat is the ‘most powerful’ instalment yet, with his former co-star replacing him in the hot seat following the interview.

Taking to Twitter last month, he confirmed that he will be stepping down from his role on the show, with Kate taking his place.

‘My final one will be with my fabulous friend @kategarraway and she will then present the remaining 3 planned shows of the next series as I leave ITV to host my new global daily show. It’s been a blast!’

An ITV spokesperson added to Metro.co.uk: ’Piers and ITV have agreed that his interview with Kate Garraway for Piers Morgan’s Life Stories will be his last; and that Kate will take over the baton on his behalf for the remaining three episodes of the forthcoming series.

‘We would like to thank Piers for over a hundred engaging, compelling and insightful Life Stories over the past 12 years where his interviewees have included the very best names in showbiz, business and politics.

‘We wish him the very best of luck with all of his future ventures.

‘Kate is a brilliant journalist and an inquisitive interviewer and we look forward to her forthcoming three shows.’