Piers Morgan reunites with Sharon Osbourne after The Talk controversy 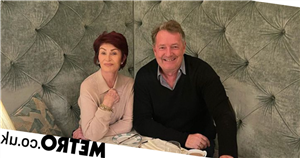 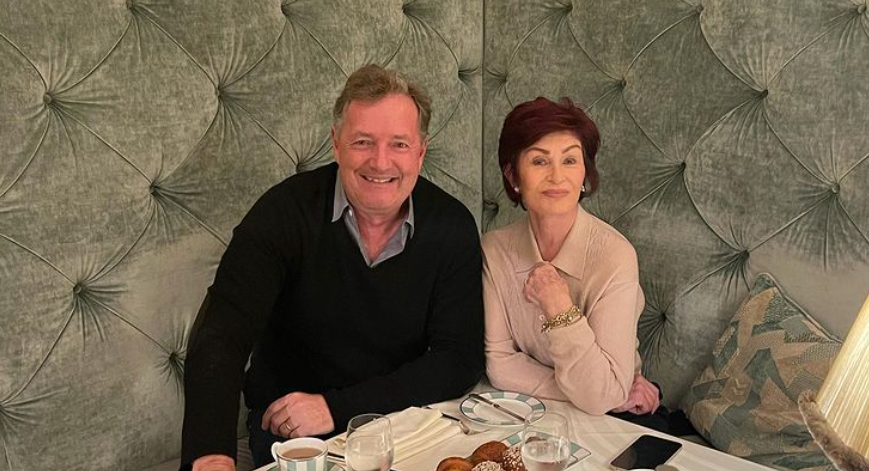 Piers Morgan and Sharon Osbourne had a cosy little reunion, months after she came to his defence on The Talk.

Cast your mind back to March this year, when Piers was embroiled in quite the controversy over his comments on Meghan Markle.

He was accused of racism, after he said he ‘didn’t believe a word Meghan Markle said’ in her interview with Oprah Winfrey, including her revelation she contemplated suicide. Following his divisive statements, which led to more than 41,000 Ofcom complaints the following day and his eventual resignation from Good Morning Britain, Sharon had a heated row with her The Talk co-host Sheryl Underwood, fiercely defending Piers’ comments – leading to backlash from viewers.

In turn, Piers stood up for his pal Sharon and claimed her treatment was an ‘absolute disgrace’ as she exited the show, writing: ‘Bullied out of her job for defending me against an invented slur of racism because I don’t believe a liar.’

Well, seems the pair are still as close as ever as Piers revealed their reunion on Tuesday.

Sitting in a corner booth at swanky Claridge’s, the journalist – who, six months on from his GMB exit announced a massive new deal with News UK last month – beamed alongside the host, with a tasty spread of scones and preserves laid out on the table.

He wrote: ‘In the naughty corner… so great to catch up with my fabulous friend @sharonosbourne who was on irrepressible form.’

Fans of the pair responded jubilantly to their catch-up, with some suggesting they needed their own show together.

The TV presenter was one of Piers’ most outspoken defenders after he quit Good Morning Britain following his explosive walk-off amid a row with weather presenter Alex Beresford.

Discussing scenes on The Talk, Sharon insisted she didn’t support what Piers said about Meghan’s interview, but supported his right to free speech which prompted co-host Sheryl to ask her whether she realised it appeared her support gave ‘validation or safe haven to something that he has uttered that is racist’.

The proverbial hit the fan after Sharon became emotional and said that she felt she was being ‘put in the electric chair because I have a friend who many people think is racist’.

She then asked Sheryl to ‘educate’ her on ‘when you have heard him say racist things’, while Sheryl calmly responded: ‘It is not the exact words of racism, it’s the implication and the reaction to it.’

An internal investigation was launched over their discussion, with The Talk being put on pause.

Before confirming she was stepping down from the show, Sharon issued an apology for her conduct during the discussion with Sheryl, saying that she ‘panicked’ and got ‘defensive’ when she thought she was being accused of being racist.

She wrote: ‘To anyone of colour that I offended and/or to anyone that feels confused or let down by what I said, I am truly sorry.’

Allegations later emerged accusing Sharon of making racist and homophobic comments about former co-hosts of The Talk, which she denied.