Piers Morgan joked with fans on Instagram today as he celebrated the end of the popular trend, Veganuary. 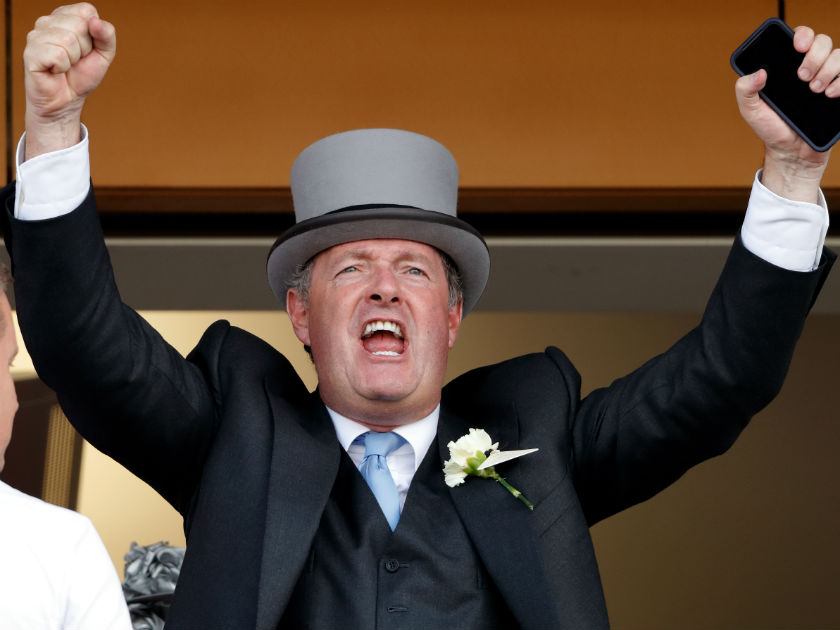 Posing alongside a stand labelled ‘Morgan’s Meat’ in the Good Morning Britain studio, his caption looked as though he was referencing Brexit as he wrote, “It’s a momentous day.

“One in which Britain finally brings to an end a ghastly experiment that’s brought us nothing but suffering.

“At midnight, I urge us all to celebrate our freedom with riotous jubilation. Finally, the hell is over.”

But he ended his rant with, “Good riddance #Veganuary!”

Piers has made no secret of the fact that he’s against veganism, previously claiming that vegans ‘don’t care’ about instects.

He said, “The vegans don’t care about the little guys, the bees that get killed.

“They only care about the big animals but these little guys they are animals too.

“All insects are animals. A bee, billions of those little things are killed every year so that these vegans and vegetarians can have their avocados and almonds flown on jets.”

He also said in a previous episode of GMB, “My belief is that eating meat helps sustains the planet and that vegans are unethical because they all eat almonds, which kills millions of bees.

“If I get discriminated against for being a meat-eater, is that a breach of my ethical beliefs.”

This is why we love you, Piers!