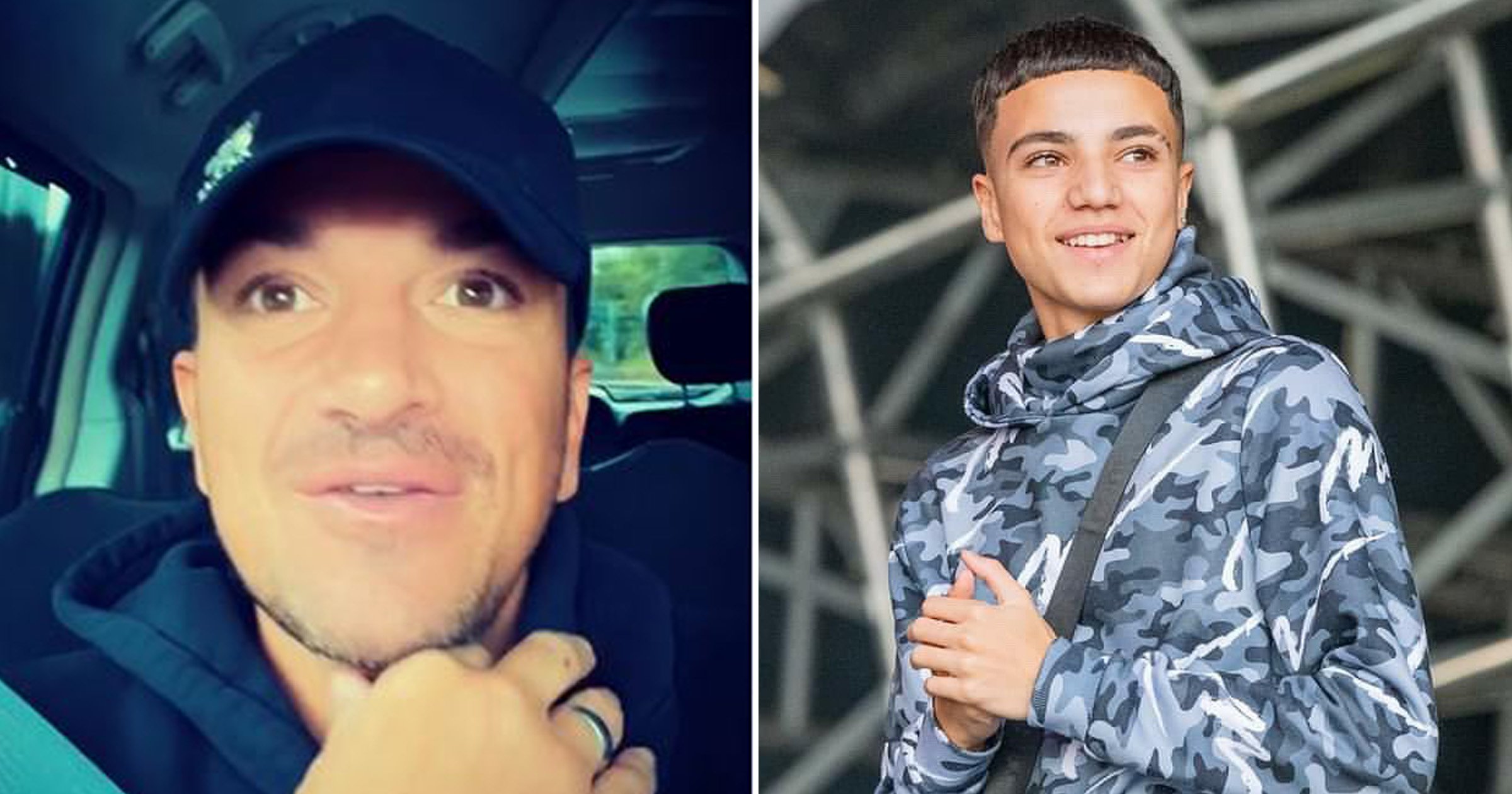 Katie Price and Peter Andre’s son Junior has revealed that his dad bought him a car worth £25,000 for his 17th birthday.

The teenager, who is following in his dad’s musical footsteps and releasing his debut single Slide this Friday, expressed his delight

‘Couldn’t be more grateful right now,’ he captioned the post, in which he showed off his slick new Audi to his half a million Instagram followers.

‘I’m releasing my debut single Slide this Friday June 17 and my dad just got me the car of my dreams.’

Popstar Peter, 49, told fans last week that he was going to buy a car for his son’s big day, and this week he definitely followed through on his promise.

‘It’s Junior’s 17th birthday next week, which means it’s time for a car and driving lessons,’ he said in his OK! magazine column.

Commenting on Junior’s post, the Mysterious Girl singer said: ‘My son. So proud in every way. You deserve all of it. So happy you love your present.’

Peter also made a post of his own to mark the occasion, with a video of Junior sitting in the car alongside his sister Princess, 14.

‘I think [Junior’s] loving his new car’, the singer said. ‘Happy birthday son. Now you just have to pass your test.’

Peter famously appeared alongside Junior and Princess’ mum Katie Price, 44, on ITV series I’m a Celebrity, Get Me Out of Here! in 2004, with the couple marrying in 2005.

They divorced in 2009, and in 2015 Peter married Emily MacDonagh, with whom he has two more children.

In his own Instagram post, the pop singer also took time out to thank those involved with getting the car ready on time.

‘Big thanks to [Ipswich Alloys] for getting the wheels how [Junior] liked it in record time,’ Andre added.

Fans of both Peter and Junior were quick to wish Junior a happy birthday and send their congratulations about his new wheels.

‘Awww, such a lovely gift, Pete, what a lovely dad you are! Happy Birthday Junior!’ one fan commented.

‘Oh my god, as if [Junior] is now old enough to drive! Happy Birthday’, said another, as the goodwill messages flooded in.

Andre mentioned that Junior had been ‘rehearsing’ in the studio in the lead-up to his single release on Friday.