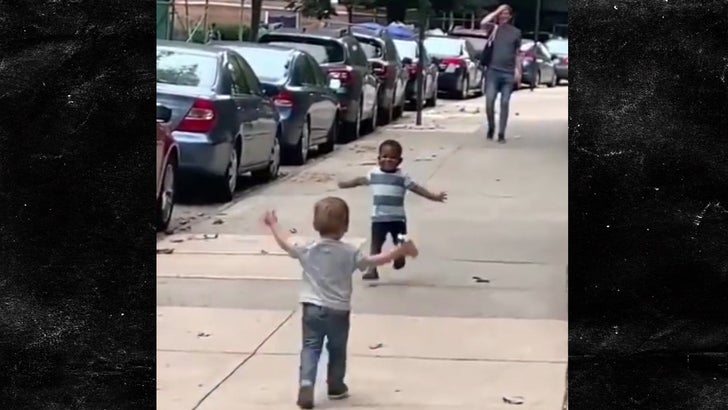 The parents of those 2 toddlers in the viral video showing them running toward each other and joyfully embracing are going after President Trump for twisting it to push his own divisive agenda.

Both sets of parents are suing Trump, his campaign and the person responsible for doctoring the heartwarming 2019 video to make it have a “Racist Baby” theme. Let us explain …

The original clip shows the 2-year-olds — one black, one white — on a sidewalk in NYC after the first day of school … hugging and clearly elated to see each other.

According to the legal docs — and anyone with eyes — the vid went viral “as the epitome of love and unity” and “enjoying the warmth and companionship” of a friend. 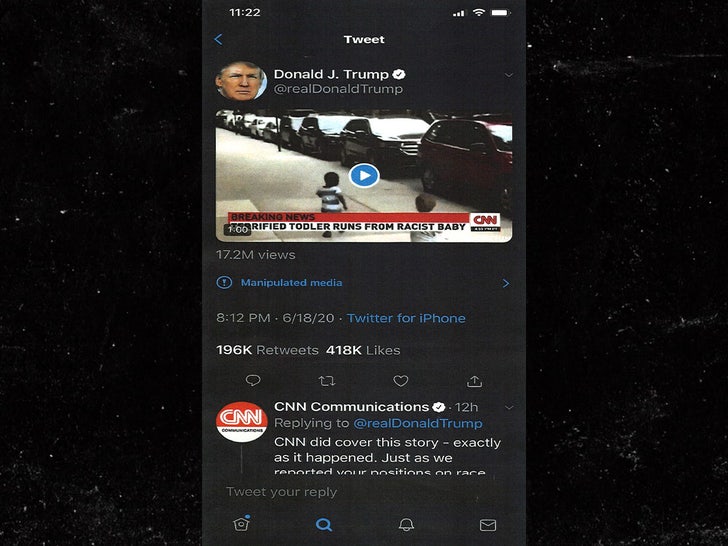 The parents say a week after the adorable video went viral, someone made a manipulated version which “created a negative and racist overtone.”

The doctored version — which is made to look like a CNN Breaking News clip — takes a small portion of the original vid where the black toddler is running away from the white toddler, and according to the suit, “maliciously” added the graphic … ‘Terrified Todler(sic) Runs From Racist Baby’ and thereafter, ‘Racist Baby Probably A Trump Voter.'”

Fast forward to June 18, 2020 … President Trump retweets a post featuring the doctored video. The parents claims he did this “to exploit the children’s images for his own purposes and gain” … and to push “his brand of sensationalism in complete disregard for the truth.”

Though the doctored vid was removed for violating Twitter rules, the parents claim in racked up 20 million views in a short period of time and the ordeal has caused them great distress, fright, shock, anguish and humiliation.

The parents are suing Trump for using their video without permission and inflicting emotional distress and want significant damages.